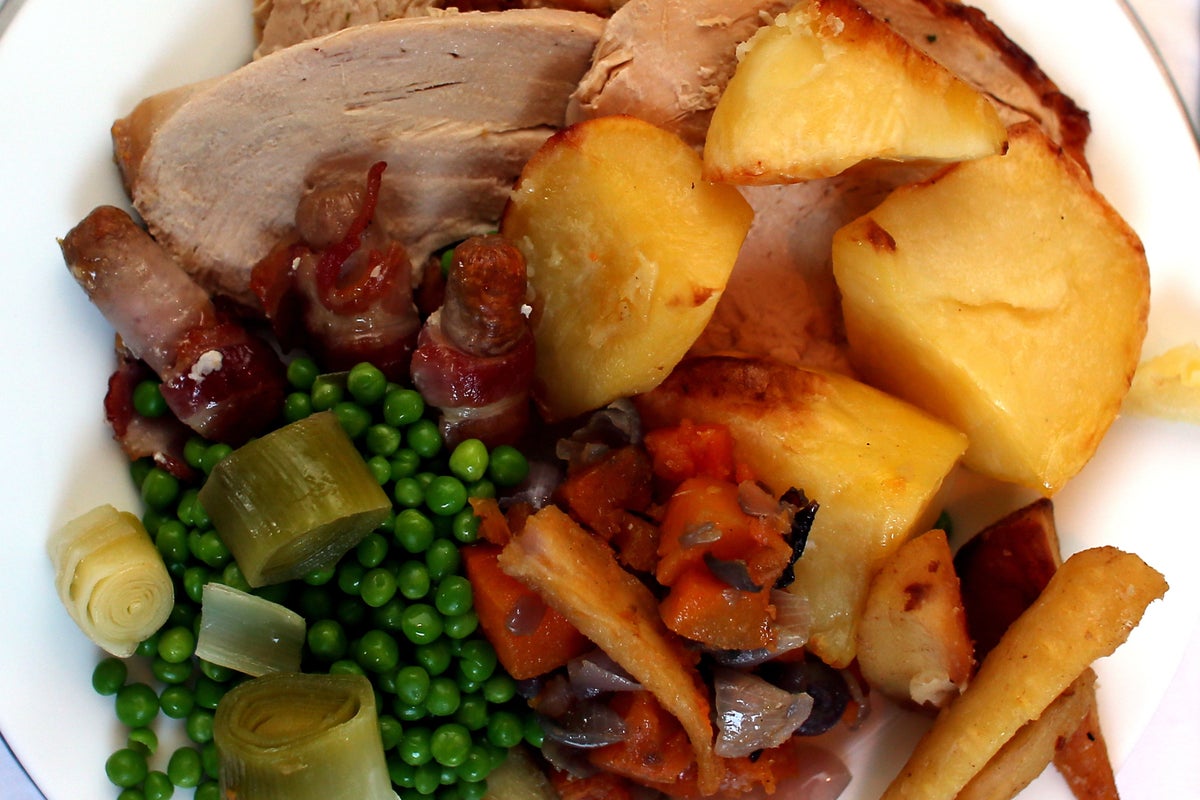 a quarter of cooks say they are now less likely to cook a Sunday roast and nearly a fifth say they will stop using their oven at all as they respond to the cost of living crisis, a study suggests.

Rising energy costs already seem to be impacting kitchen habits, with 23% of cooks saying they use the oven and hob less and 21% more and more to the microwave, according to an annual survey by UKTN Good Food.

Traditional cooking methods, the oven and hob, are being eliminated in favor of appliances that use less energy, and shopping baskets and meals at home look very different

Nearly a fifth (18%) say they no longer switch on the oven at all.

A fifth (20%) say they specifically look for discounts or yellow stickers on food when shopping, while 28% plan meals in advance and 23% batch cook to try to cut costs.

A third (34%) say they have stopped buying takeaways and 31% eat out less often.

A positive development, however, was that 64% said they wasted less food to save money.

Christine Hayes, the editor-in-chief of UKTN Good Food, said: “These findings show the extent to which rising food prices and energy costs have impacted the way the nation is eating in a relatively short space of time.

“Traditional cooking methods, the oven and hob, are being eliminated in favor of appliances that use less energy, and shopping baskets and meals at home look very different.”

The findings coincide with a YouGov poll suggesting that one in five Britons have been forced to cut back on essential foods since November, up from 17% who said the same in July.

Of the lowest-income households – those earning less than £20,000 a year – 28% say they have been forced to cut spending on household items and 29% have had to cut their basic food budget, poll of 2,242 UK adults shows this month indicates.

Even among households earning £60,000 or more a year, about one in nine (11%) are forced to cut basic food spending, according to the poll.

Cramer’s lightning round: GXO Logistics is a sale

Statesman or culture warrior – Who is Ron DeSantis this week?