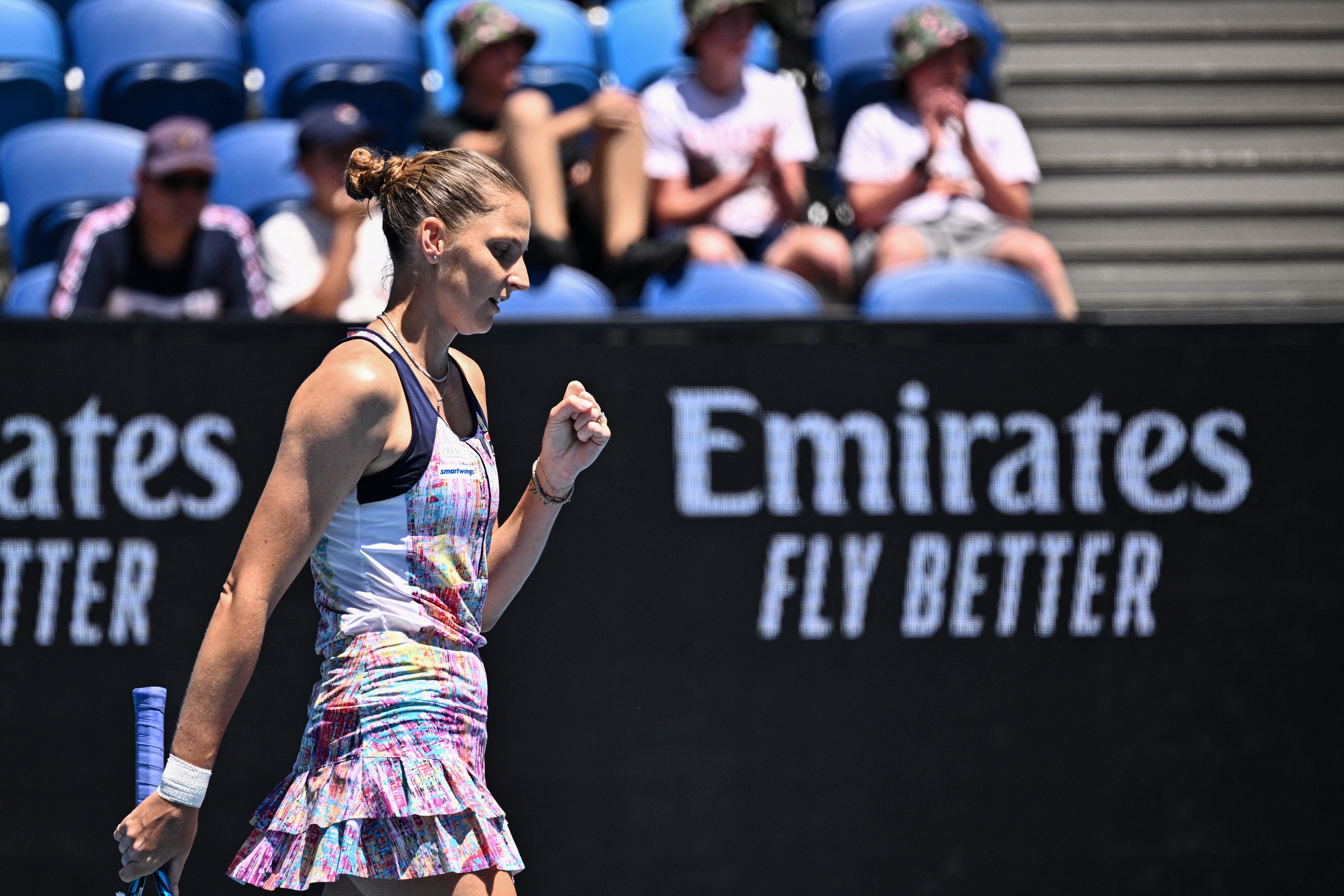 Former world number one Karolina Pliskova kept herself on track for a maiden Grand Slam title on Monday with a “super aggressive” performance to destroy Zhang Shuai 6-0, 6-4 in the fourth round of the Australian Open . The Czech 30th seed continued her confident run at Melbourne Park with a blistering serve display, knocking down 12 aces as she crushed the 23rd seed from China on the show court of the Kia Arena. “I thought I started really well today, super aggressive,” said Pliskova, who raced through the first set in just 21 minutes.

“But I went for it, especially the first set. A little bit slower in the second set, but she also started to play a bit better. Maybe a bit smarter.

“But I’m just glad I made it because I think the second set could go either way.”

Pliskova, who endured a torrid 2022 and missed last year’s Australian Open with a wrist injury, was imperious in reaching her 11th Grand Slam quarterfinal.

The 30-year-old has won 16 WTA Tour titles, reaching the semifinals at Melbourne Park in 2019.

Pliskova has yet to drop a set and on this form has a chance to go all out, especially with the top two seed, Iga Swiatek and Ons Jabeur, already out.

“I think the serve worked really well for me in these games,” she told reporters.

“I think this is the best game I’ve played here so far, especially the first set. I feel the ball quite well, I’m happy about that.”

Pliskova will face Polish world No. 45 Magda Linette, who stunned fourth seed Caroline Garcia of France, for a place in the semifinals.

“I’ve been watching her a little bit this week,” Pliskova said of Linette, who will appear in her first Grand Slam quarterfinal at age 30.

“I think she really improved her game a lot. She started to believe. Of course you can see that. She is a fighter and plays a really good game from the baseline.

“I just can’t give her the time and the game she wants to play.

“If I play like I played today, I think it’s hard for someone to compete with that.”

Last season, Pliskova plummeted from fourth in the world to finish outside the top 30 for the first time since 2013.

Along the way, she was bundled out of the French Open in the second round by a qualifier in 277th place, while her fortunes on the track hit rock bottom.

“Last year was tough, mostly because I missed Australia, my favorite country and my favorite tournament to play,” she said.

“It was difficult to get back into shape, but I’m happy to be back at the level I want to be.

See also  "It's A Joke": Andy Murray Faps At Chair Umpire For Not Getting A Toilet Break | Tennis news

“It’s always great to be in the second week of a Slam and hopefully I can stay a little longer.”

Another second-round exit at Wimbledon led her to fire coach Sascha Bajin, the German who led Naomi Osaka to back-to-back Grand Slam titles at the 2018 US Open and 2019 Australian Open.

In December, she rehired Bajin, who was shining in court on Monday, and the turnaround in her form has been swift.

“We’ve had some great successes together,” she said.

“So that’s why it’s taken him back. I believe we’ll have a lot more tournaments to follow and a lot more success. So hopefully we can finally win some trophies together.”