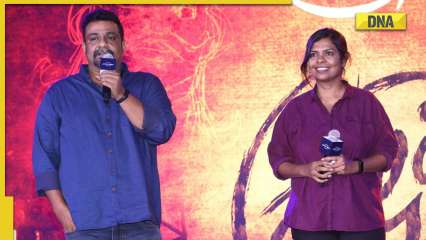 Set in the fictional town of Sambaloor against the backdrop of the intriguing Mayana Kollai festival, the Tamil web series Suzhal: The Vortex is receiving rave reviews from audiences and critics alike. Created by the husband-wife duo of Pushkar-Gayatri, the Amazon Prime Video India show has also received a big boost from celebrities in the Indian film industry.

The directors of two recent blockbusters RRR and Vikram – SS Rajamouli and Lokesh Kanagaraj have praised the show calling it amazing and a visual treat. Even actors like Dhanush and Priyanka Chopra took advantage of their social media accounts and praised Suzhal with Kathir, Aishwarya Rajesh, Sriya Reddy and R. Parthiban in the lead roles.

In an exclusive chat with UKTN India, Pushkar and Gayatri shared their reactions to the recognition they received from their folks in the industry. Pushkar said: “When you get support from your industry, it’s always a high because whatever is said and done, peer group recognition of what you do is something we all look forward to. .”

The filmmaker continued, “A whole bunch of people have come forward to give their praises magnanimously and it’s not an industry that does that often. So in that way, Mr. Rajamouli, Loki (Lokesh), Dhanush and d’ others who have had good things say it was uplifting and encouraging.”

Sharing how Lokesh watched the whole show while he was travelling, Pushkar added, “Loki told us he was coming back from Bangalore, and he and his friend were continuously watching their show on a tablet. They took off from Bangalore, they watched a few episodes there couldn’t stop so all the way back here they finished seven episodes they had an event to attend after that and pretty much managed to finish the last one episode before having to rush for this event.”

See also  Vijay will play the gangster in Lokesh Kanagraj's film, Kamal Haasan could make an appearance in Thalapathy 67

“That kind of involvement, you have to spend six to six and a half hours watching it. It’s actually a big step, people invest so much of their time watching a series,” Pushkar concluded.

Meanwhile, Pushkar and Gayatri are now awaiting the release of their first Hindi film Vikram Vedha, an adaptation of their own Tamil blockbuster. The neo-noir crime action thriller sees Saif Ali Khan and Hrithik Roshan take on the roles originally played by R. Madhavan and Vijay Sethupathi in the 2017 film.