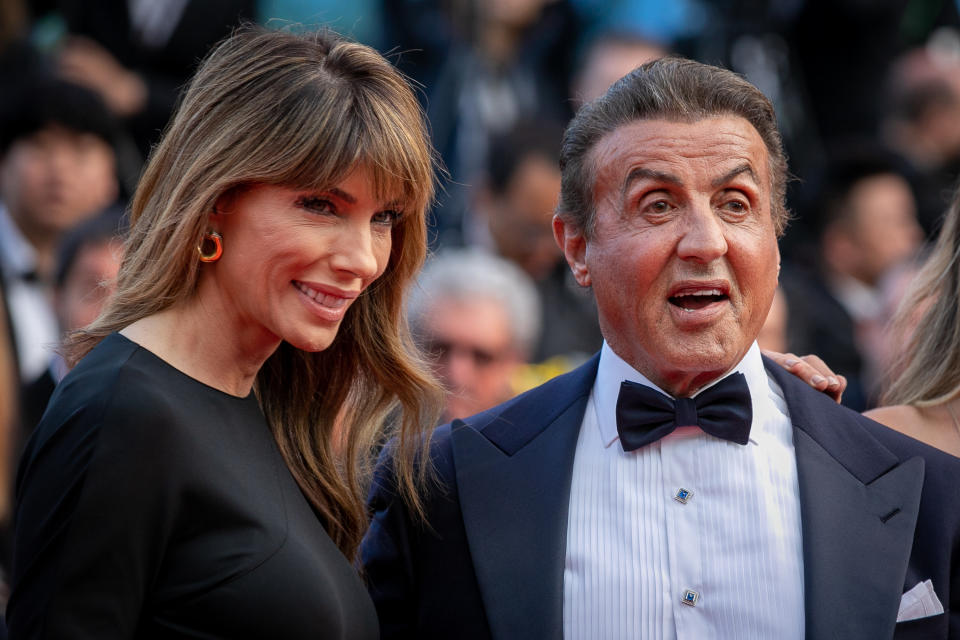 Mystery solved: Sylvester Stallone and Jennifer Flavin are indeed back together. The actor’s representative confirmed reconciliation rumors days after the… rocky star, 76, shared old, cuddly photos with his wife.

“They decided to meet again at home, where they talked and resolved their differences,” the spokesperson said Page six. “They are both very happy.”

On Monday, Stallone insinuated that he and Flavin might have worked it out. The actor posted a throwback photo of the two holding hands.

Flavin filed for divorce on August 19 after 25 years of marriage, accusing the actor of excessive spending. Stallone denied financial wrongdoing but agreed that their union is “irreparably broken”.

“I am sad to announce that after 25 years of marriage I have filed for divorce from my husband Sylvester Stallone. Although we will no longer be married, I will always cherish the 30+ year relationship we shared, and I know we are both committed to our beautiful daughters. I ask for privacy for our family as we amicably move forward,” Flavin said in a statement last month.

The couple, who first dated in 1988, have three daughters: Sophia Stallone, 26; Sistine Stallone, 24; and Scarlet Stallone, 20.

There were many rumors of what led to Stallone and Flavin’s split, including buzz that it had to do with a dog. The actor reportedly wanted to get a Rottweiler dog to protect the family, which she didn’t want.

“We didn’t end the relationship on such a trivial argument,” he told TMZ of the dog named Dwight.

But Stallone admitted they disagreed on how to care for the dog because they split their time between Los Angeles and Palm Beach, Florida. He noted that their problems ran deeper than Dwight – but the timing was certainly interesting. Stallone introduced fans to the pup two weeks before Flavin filed for divorce.

“We just went in different directions,” Stallone continued, adding, “I have the utmost respect for Jennifer. I will always love her. She’s an amazing woman. She’s the nicest person I’ve ever met.”

MAFS: Olivia Frazer Shows Off Her Breathtaking Bikini Body On Vacation In Bali