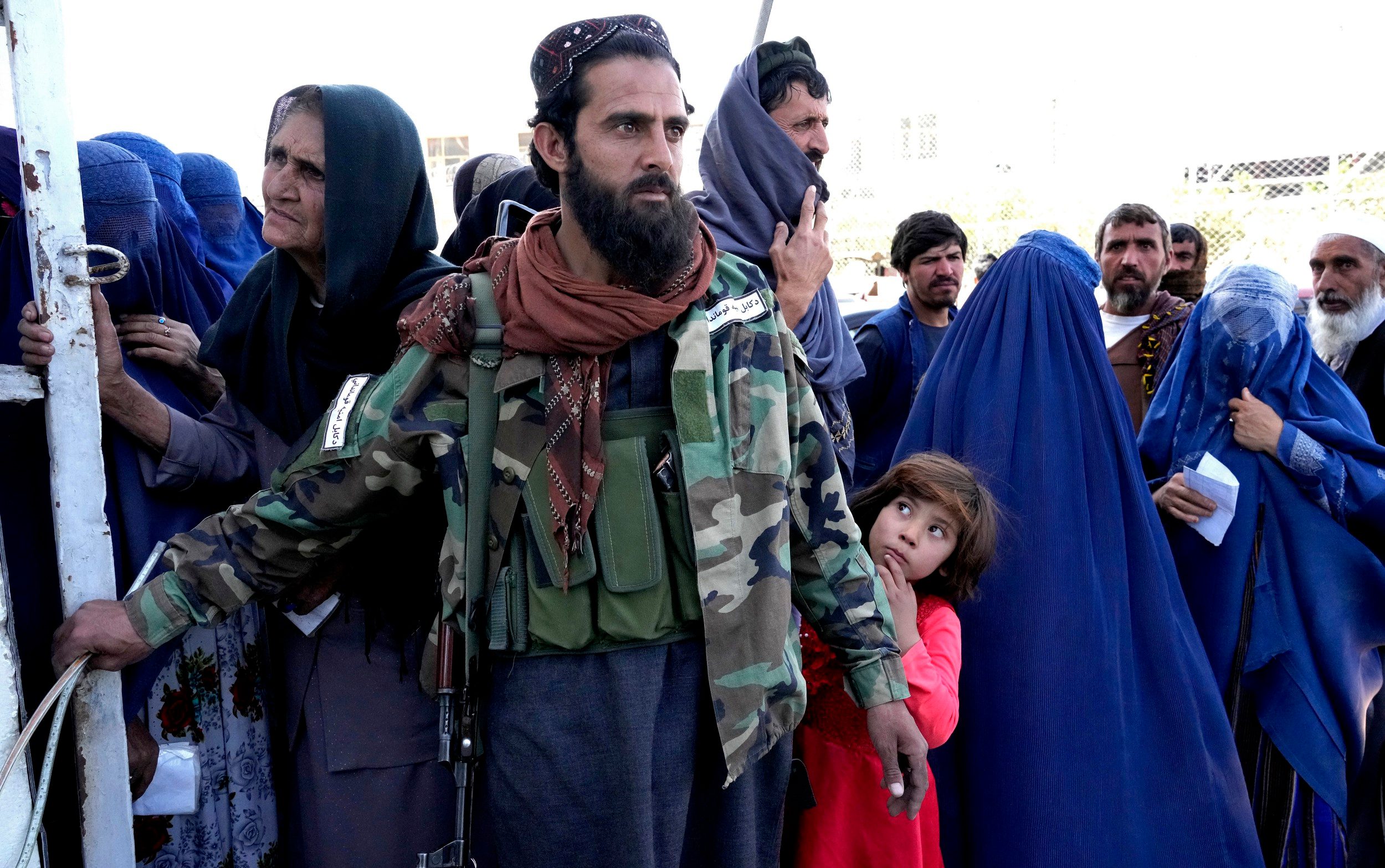 The whipping in Logar province is the second officially confirmed use of Sharia punishment since Mr Akhunzada’s announcement and the first time corporal punishment has been imposed in a football stadium under the current Taliban regime.

“Sharia law is the only solution to Afghanistan’s problems and must be implemented,” Logar deputy governor Enayatullah Shuja said after the whipping.

In the 1990s, the use of football stadiums by the Taliban for public executions, stonings and beatings was one of the defining features of their ruthless rule. They believed the gruesome public spectacle would discourage dissent against their rule.

Some Afghans took to social media to contrast the cheering scenes during the ongoing FIFA World Cup in Qatar with the punishments meted out at the football stadium in Pul Alam, a small town of about 20,000.

“While stadiums in Qatar now host World Cup matches, stadiums in Afghanistan have once again become a venue for public flogging and executions,” one user wrote.

At least 19 people were also flogged 39 times on Nov. 11 in the northeastern Afghan city of Taloqan for alleged adultery and theft.

The Taliban struggle to maintain law and order in Afghanistan or run a functioning economy. On Monday, the International Committee of the Red Cross warned that many Afghans will struggle to survive the coming winter.

About 90 percent of Afghans already suffer from food insecurity and there are reports of parents giving their starving young children drugs, including escitalopram and sertraline, to sedate them.

In the central Afghan province of Uruzgan, local officials report that children have overdosed or become addicted to opium after their parents gave them the drug to stave off hunger or instead of being able to afford medical painkillers.