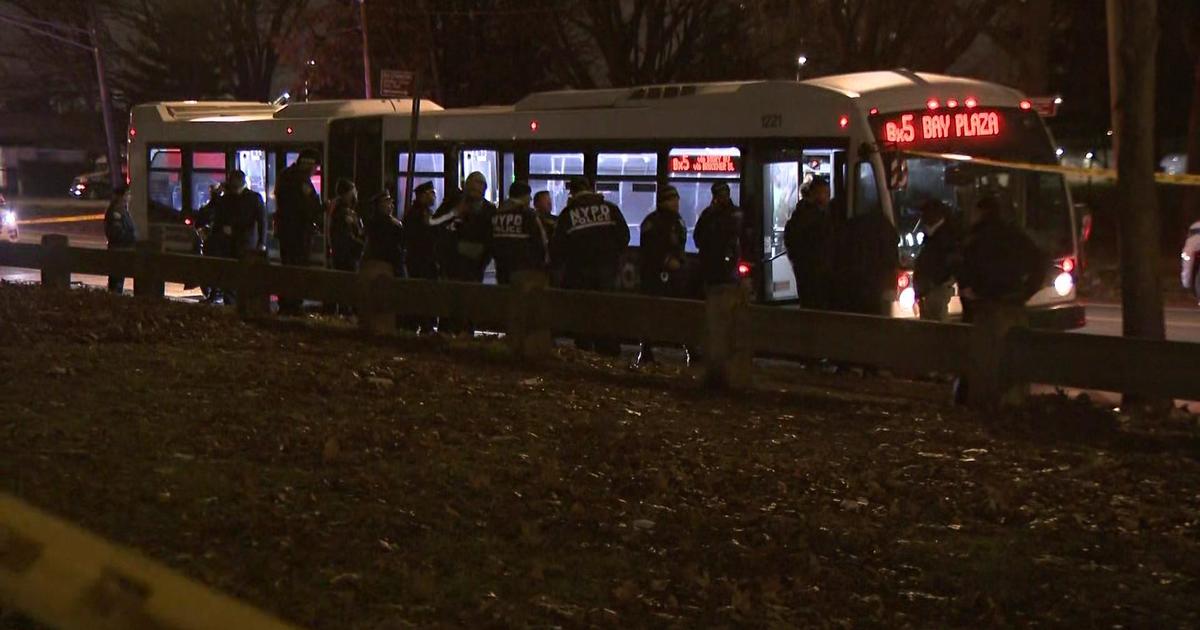 NEW YORK — A teenager was shot in the chest in the Bronx on Saturday, sparking terrifying moments aboard an MTA bus.

It happened just before 6 p.m. near Metcalf Avenue and Story Avenue in the Soundview section.

Detectives spent hours at the scene, watching surveillance footage and talking to passengers on the bus, trying to figure out who shot the teen and why.

Police say they were responding to a 911 call for a person shot.

We were told there was some commotion in the Bx5 bus while dozens of passengers were on board, but what happened next is still under investigation.

Police say at one point a teenager was shot and taken to a local hospital in stable condition.

It is unclear whether the shot was fired on or next to the bus.

A single shell casing was visible on one of the steps near the back exit of the bus.

According to the MTA, no passengers on the bus were injured.

A spokesman tells UKTN that the bus company moved the bus about 60 meters after the incident to ensure the safety of passengers.

The teen remains in the hospital.