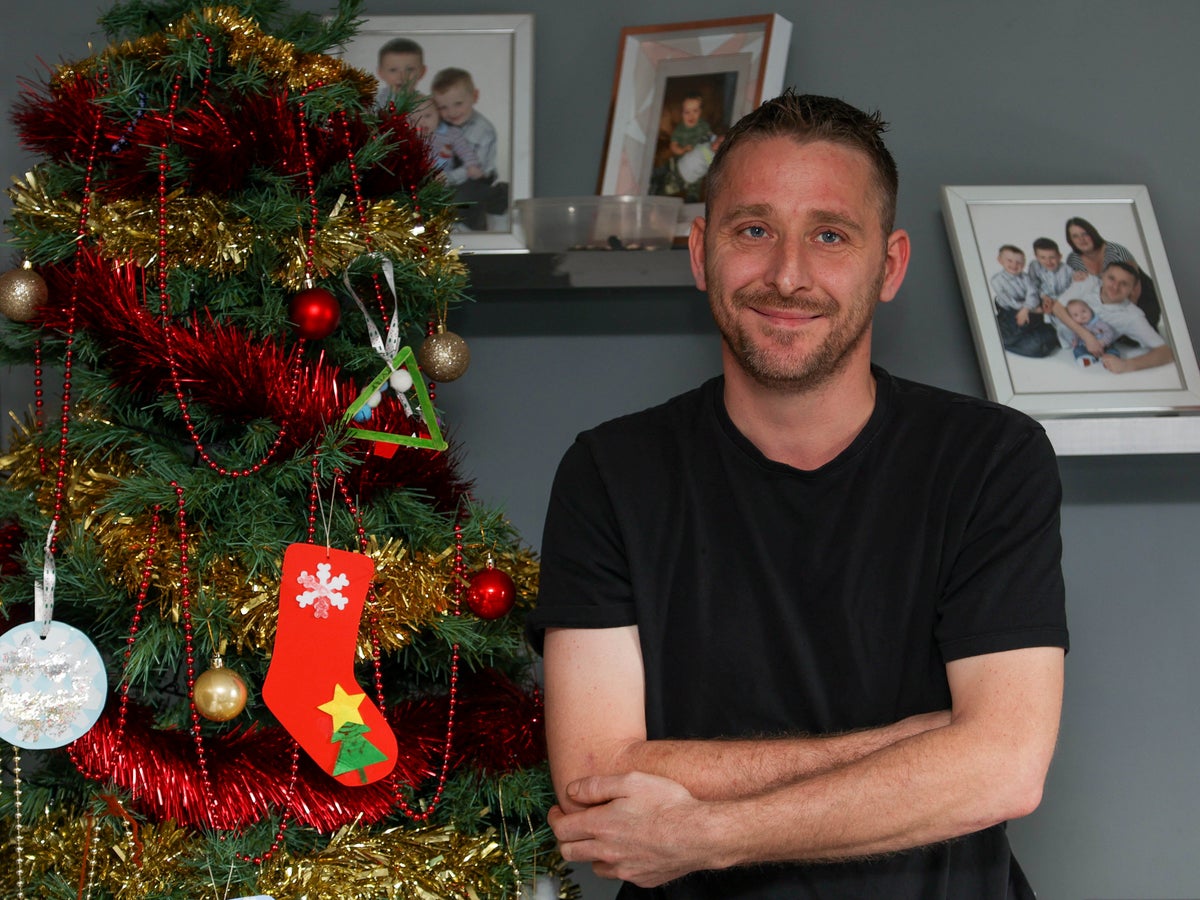 A terminally ill father-of-three who went viral after hundreds of people threw him an early Christmas party outside his home has passed away, his family have revealed.

Matthew Sandbrook, 37, was given just months to live in October 2021 after being diagnosed with aggressive glioblastoma, a type of brain cancer.

Doctors said he was unlikely to survive Christmas, so his determined family launched an online appeal to give him one last festive bash.

They were amazed when more than 200 people, including family, friends, neighbors and strangers, duly turned up outside his home in Warndon, Worcestershire on October 6 last year to wish him well.

Matthew went to Christmas with his family last Christmas, but sadly passed away a little over a year after his surprise party on Friday, November 18.

A Facebook post from his family read: “It is with a broken heart that I have to inform you all of the passing of Matthew Sandbrook.

“The world has lost a very precious, sweet, funny, hard-working family man who was taken from us too soon. He will be sadly missed and always in our hearts.

“He was so brave to fight this glioblastoma brain cancer for so long.

“Thank you for all your support over the past 14 months creating precious time and memories together.”

Footage of Matthew opening his front door to be greeted with cheers from a 200-strong crowd was viewed thousands of times online during his celebratory celebration.

Devotees donned Christmas sweaters and sang carols and festive hits, while volunteers even provided a fake snow machine and DJ to perform.

Crowds sang Ben E King’s “Stand By Me” as Matthew, his wife Rebecca and their three sons Connor, Kyle and Tyler came out of the house.

Matthew said at the time: “I am over the moon with what happened today.

“For years and years you think you are on your own and this is all happening in such a short time. I am completely blown away.”

Matthew, a factory supervisor, had been suffering from headaches for two years before doctors discovered the tennis ball-sized tumor.

After a series of tests, he was diagnosed with glioblastoma, a malignant cancer that has spread throughout his brain and spinal cord.

He added: “I work night shifts and just thought the headaches were stress so I just took paracetamol and carried on.

“I want to tell people that if they have headaches, they should get themselves checked.”

She previously said: “He loves Christmas and when we found out he probably wasn’t coming this year we thought we should just bring Christmas forward.

“It was an amazing, emotional, heartwarming night that gives you so much faith in humanity.

“There were so many people there, some who didn’t even know Matty, but had read his story on Facebook and wanted to show their support.”

Matthew’s funeral will take place at Worcester Crematorium on Friday 9 December at 2.15pm, with a wake held at the New Checkers pub.

Anyone wishing to attend is requested to gather at the entrance to the crematorium, where friends and family will walk behind the car, which will once again play “Stand By Me” in tribute.

Matthew’s wife Rebecca has asked that, rather than bring flowers, people contribute to donation boxes for St Richard’s Hospice.

She said: “I would like to thank all the staff, doctors, nurses and volunteers at St Richard’s Hospice for the care they have given Matthew and me over the past month.”