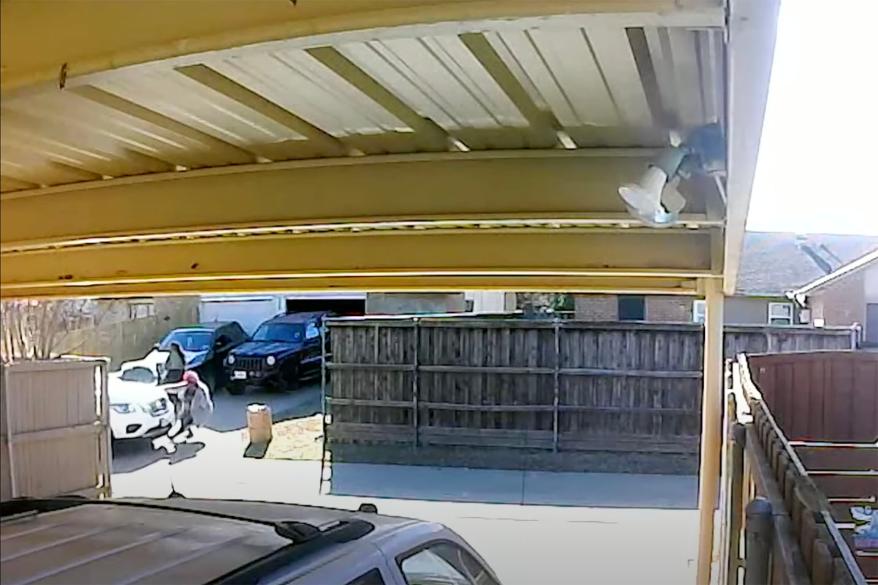 A feud between neighbors over trash took a dirty turn during their most recent interaction.

Lakisha Broomfield, a Texas woman, claims Sydney Harris assaulted her with an SUV on Jan. 4 after using Harris’s garbage cans.

The altercation reportedly started after Broomfield threw some of her trash into Harris’s cans during the holiday season, according to WFAA.

Harris told the outlet that Broomfield pushed her twice before getting into her car. She then plowed into Broomfield’s cans and knocked Broomfield to the pavement.

“I can’t believe someone would jump in a car and hit someone like she hit me,” Broomfield told the outlet.

Harris claims she never meant to hit her neighbour, just Broomfield’s bins. The attacker also told the outlet that she suffers from a condition that causes mobility problems.

Allen County Police arrested Harris on January 13 on charges of aggravated assault with a deadly weapon.

The residents’ feud had intensified in recent years, when Harris stole her neighbour’s water and reportedly threw rocks at Broomfield’s car and yelled at her children.

“I have some PTSD, a lot of anxiety and a lot of panic attacks,” Broomfield claimed. “I just want the peace… the peace of mind and no problems.”

Harris commented that she has nothing against her neighbor.