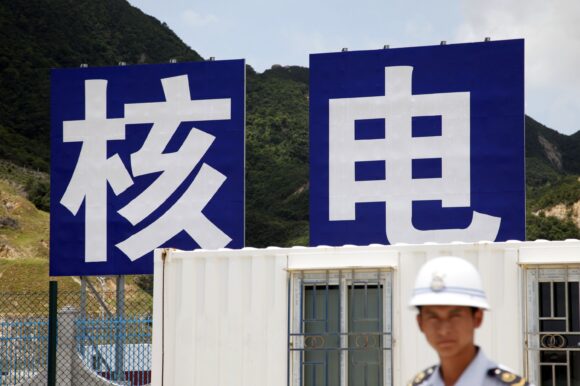 The French utility, which partially owns a nuclear power plant near Hong Kong, is seeking more information on a build-up of gas in a reactor, even as its Chinese partner insists that the facility is operating safely.

Electricité de France SA, which owns a 30% stake in the Taishan nuclear power plant in southern China, called an extraordinary board meeting with majority owner China General Nuclear Power Corp., or CGN, to discuss the increase in the concentration of inert gases at Reactor of Unit 1 in Guangdong.

EDF’s call in Paris for more information on the problem – first detected in October – comes after CGN said on Sunday that environmental indicators on and around the facility are normal. It is premature to say whether the reactor will have to be shut down, EDF spokespersons said.

A spokesperson for Shenzhen-based CGN referred to earlier statements on the matter when asked to comment on EDF’s request. Shares of the company’s Hong Kong-listed unit fell 3.5% on Tuesday as other uranium-related stocks fell.

Data from the joint company that operates the facility, TNPJVC, suggests that the coating of “a few fuel rods” has deteriorated, leading to an increase in gas in the reactor primary loop, EDF told reporters on Monday.

The system is designed to collect and process these gases before they are released outside the plant, and the gas build-up and emissions have remained within Chinese regulatory limits, which meet average international standards, said EDF.

China’s National Nuclear Safety Administration said in April that Unit 1 at the plant had suffered an operational incident classified as minor and of no safety significance.

EDF, the world’s largest operator of nuclear power plants, has been confronted in the past with fuel rod leaks in its French power plants. Such leaks do not necessarily require a shutdown if gas emissions remain within regulatory limits, the spokespersons said. In France, the deterioration of the fuel rods was caused either by a fault in the fuel assemblies, or because they were damaged by a parasitic element in the reactor, they specified.

The Taishan plant, about 130 kilometers (80 miles) west of Hong Kong, includes two units with a combined capacity of 3.3 gigawatts that were commissioned in 2018 and 2019, making them the most powerful reactors in operation. They were designed by Framatome, a subsidiary of EDF, which also supplied their atomic fuel. Each reactor contains 241 fuel assemblies, each made up of 265 rods, according to the French electrician.

Framatome has warned the US government of an “imminent radiological threat” to the plant, UKTN reported on Monday, citing unnamed US officials and documents the news network said it examined.

The unit “supports the resolution of a performance issue with the Taishan nuclear power plant,” Framatome said in an email, adding that “based on available data the plant is operating within safe settings.”

U.S. officials do not believe the situation poses a serious threat to the safety of the public or workers at the plant, UKTN said.

Taishan’s problem comes amid a power shortage in Guangdong, the country’s industrial hub, which has prompted more than 20 cities to ration power to some businesses and factories. Unit 1 was operating normally and Unit 2 was reconnected to the grid last week after an overhaul, CGN said.

See also  Health insurance: How to make a claim if an insured dies in hospital

The installation problems in China are also a new setback for EDF, which faces construction delays and cost overruns on similar atomic projects in France and the UK. He presented the Taishan reactors to convince these two countries to build more nuclear power plants of this type, and other countries like Poland and India to adopt the technology.

China is the world’s third largest nuclear energy market, after the United States and France, and has the largest number of reactors under construction. There has never been a serious nuclear accident on national soil.

–With help from Alfred Cang and Krystal Chia.

6 reinsurers post strong profits in H2, rebounding from challenges of 2020

Bayer sets aside an additional $ 4.5 billion for Roundup litigation