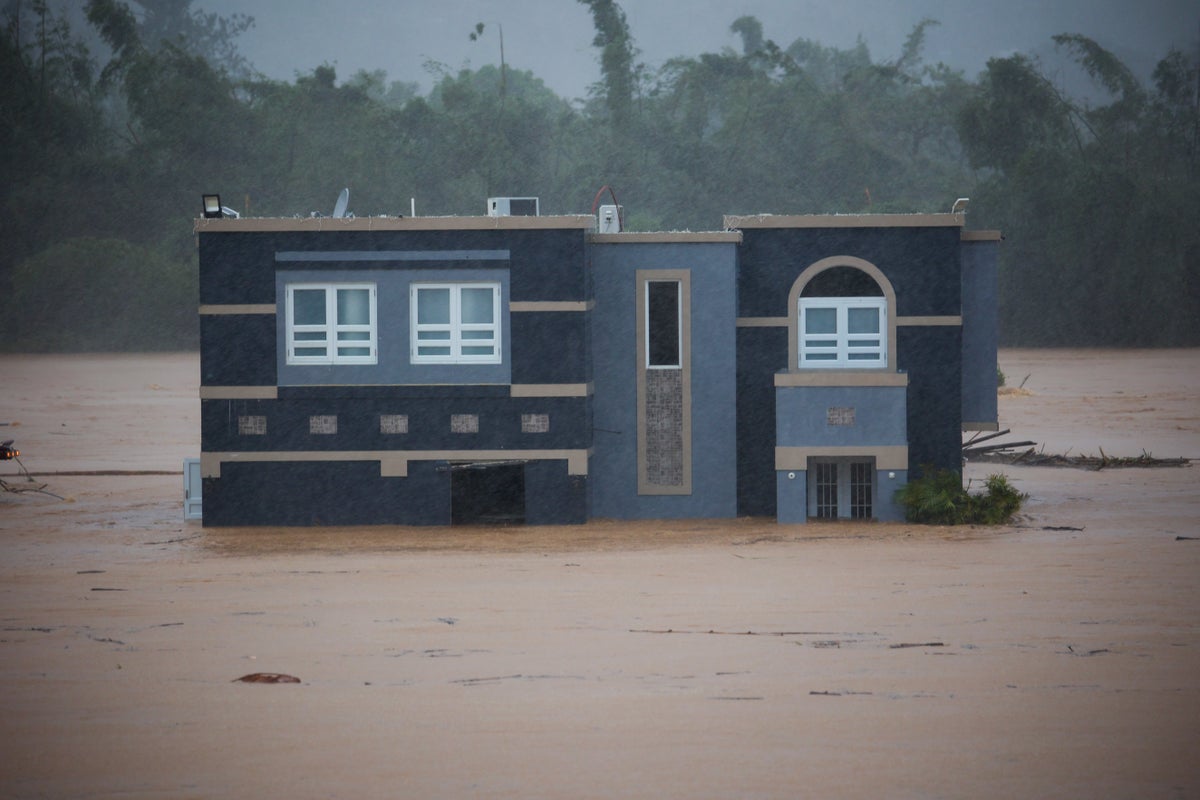 The climate crisis will cause disasters of all kinds in the coming decades as greenhouse gases, mainly from the burning of fossil fuels, heat the planet and throw the atmosphere into chaos.

The effects of that crisis are already afflicting millions of people in the US, as wildfires, hurricanes, droughts and heat waves rage across the country.

Now the federal government is monitoring the full extent of extreme weather in the country on a daily basis – highlighting how the country has been exposed to climate disasters.

Hurricane Fiona wreaked havoc in Puerto Rico, with strong winds and massive amounts of rain. The entire island lost power during the storm and while some areas have regained power, much of the island remains without power or running water.

Some corners of the island have seen 25 inches (64 centimeters) of rain, according to the National Weather Service.

The storm later hit the Dominican Republic and is now sweeping through Turks and Caicos after upgrading to a Category 3 hurricane. It is forecast to become a Category 4 storm as it moves further north.

On Tuesday, there were 312 active wildfires in the US, mostly in the West. That includes 94 major fires that have burned through nearly 900,000 acres alone — bigger than Yosemite National Park.

In Oregon, the Cedar Creek Fire has burned 113,637 acres and only 11 per remain contained, though growth has slowed in recent days.

In Northern California, the Mosquito Fire has burned 76,290 acres, with mandatory evacuation orders still in place for some communities, although growth has also slowed as wetter weather moves through the area.

More than 11 million Americans have been warned of flooding. In the wake of the hurricane, flood warnings remain in effect for Puerto Rico, and flood warnings have also been issued for parts of Northern California, Utah, Colorado, Arizona and New Mexico as storms hit the western US. In parts of Colorado, up to 4 inches of rain could fall over the next few days.

In addition, some rivers in parts of South Dakota, Texas, and Florida can overflow if they reach high water levels.

See also  Plastic Mermaids: 'The concept of what a band should be is a bit stifling'

Finally, the drought continues to affect much of the country, especially in the West. More than 113 million Americans are currently living in drought.

This includes parts of California, Utah, Kansas, Nebraska, Oklahoma, Texas and Oregon with “exceptional drought,” the most extreme drought level, posing serious challenges to farmers and a very high risk of wildfires.

Parts of the northeastern US are also experiencing dry weather, with some areas along the New England coast seeing “extreme drought.”

A UN climate science panel has warned that dangers such as drought, heat waves, flooding, wildfires and severe storms are likely to intensify in the coming decades as the planet warms.