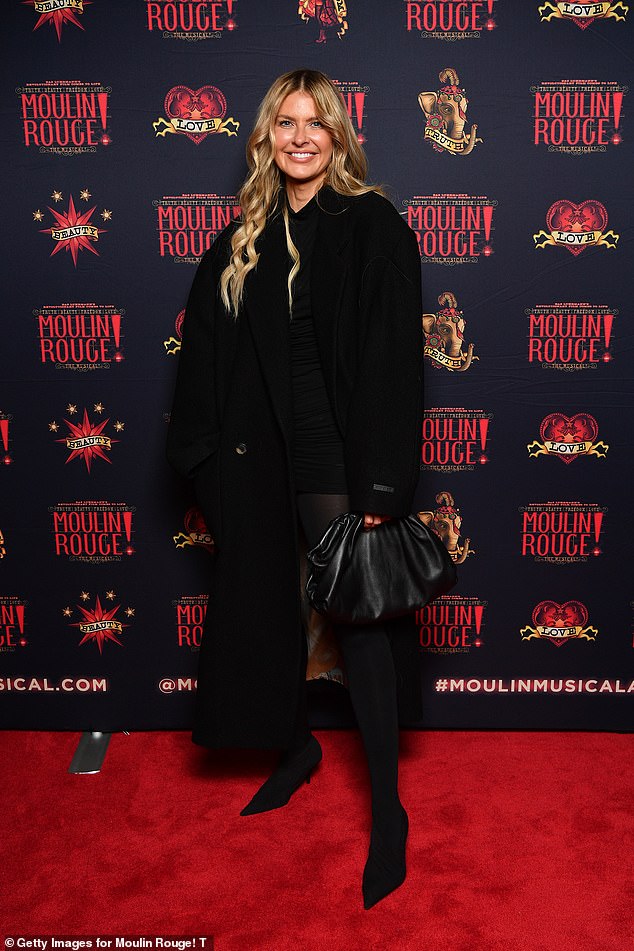 Elle Ferguson is hitting the high road after The Block host Scott Cam publicly dragged her for leaving the new season after just two days on the job.

The fashion influencer and her fiancé Joel Patfull downed tools in April – just 48 hours after production began – after her mother suffered a bad fall at her Adelaide home.

Scott, 59, told the Logie Awards on Sunday that the couple’s decision to leave the show due to a family emergency was “un-Australian” and “p**s poor”.

In the days following that brutal sledding, Elle, 36, and Joel, 37, maintained a dignified silence as they refused to respond to Scott’s remarks.

Elle director Camille Thioulouse of talent agency The Société declined to comment when contacted by the Herald Sun on Tuesday.

Scott told TV Tonight on the Logies red carpet: “We had a 48 hour challenge to choose which house you get and they fell apart after 48 hours.

“This is something that has never happened before. 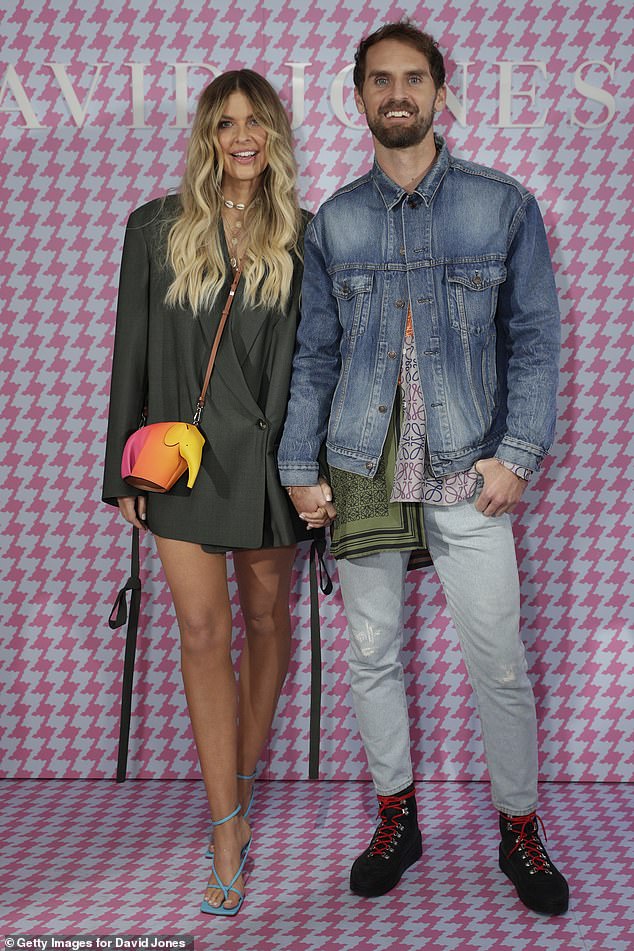 The fashion influencer and her fiancé, retired AFL player Joel Patfull (right), shot down tools in April – just 48 hours after production began – after Joel’s mother suffered a fall at home in Adelaide

‘45,000 people have applied to be on The Block and earn life-changing money. These guys got on and they just couldn’t handle the pace after 48 hours.

The couple made the difficult decision to quit Channel Nine’s home improvement show in April after Joel’s mother Trish fractured her neck in a fall at her Adelaide home. 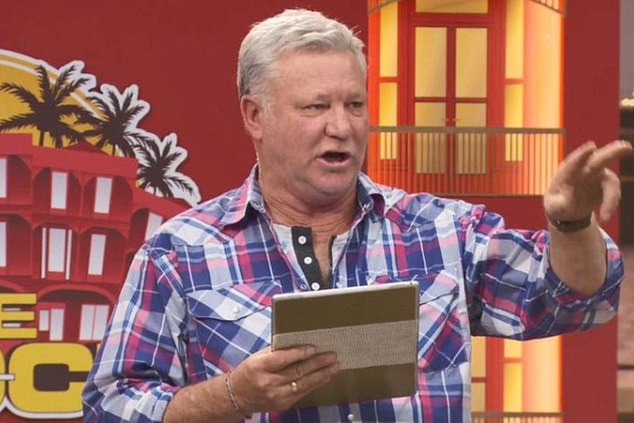 Scott, 59 (pictured), told the Logie Awards on Sunday that the couple’s decision to leave the show due to a family emergency was ‘un-Australian’ and ‘p**s poor’

The former AFL star’s mother reportedly broke her tailbone and fractured her wrist.

After their outing, Elle shared a photo on Instagram of the couple packing their bags at Melbourne airport and captioned it: “Wherever you are in the world, whatever you’re doing, family always comes first. “

A spokesperson for Nine confirmed their departure to Daily Mail Australia, saying: ‘Over the weekend we were surprised to see one of our new cast of contestants leave The Block just days after filming the upcoming season.

“We wish them the best for the future and we are delighted to launch two new Australians for the opportunity of a lifetime on The Block. The Block Tree Change will air as scheduled later this year. 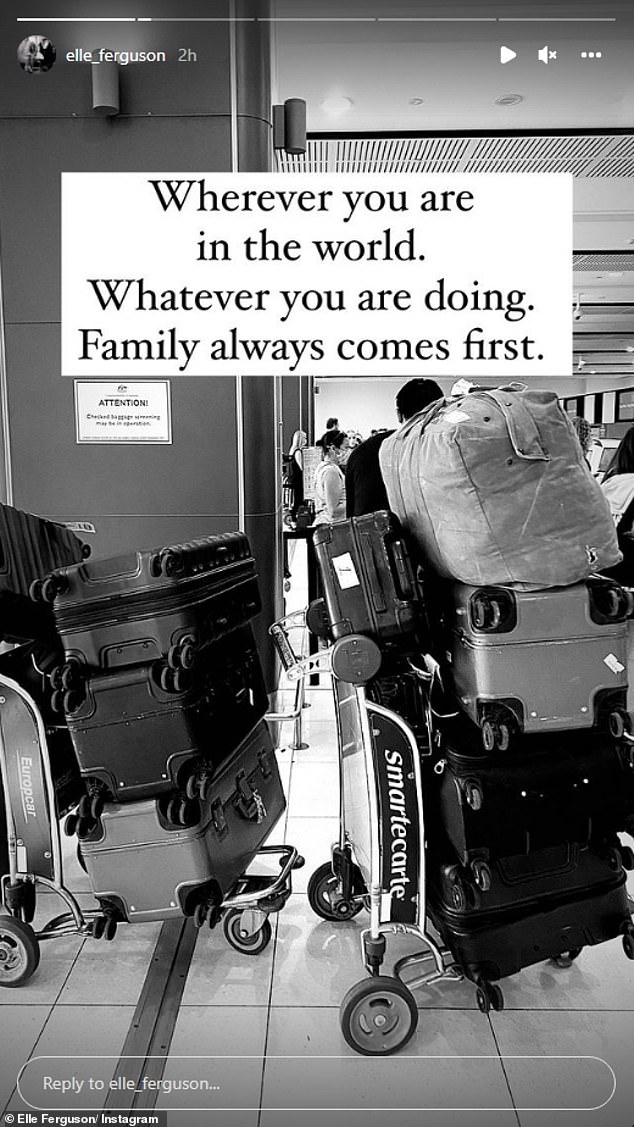 After their release, Elle shared this photo on Instagram of their suitcases at Melbourne Airport and wrote: ‘Wherever you are in the world, whatever you are doing, family always comes first’ 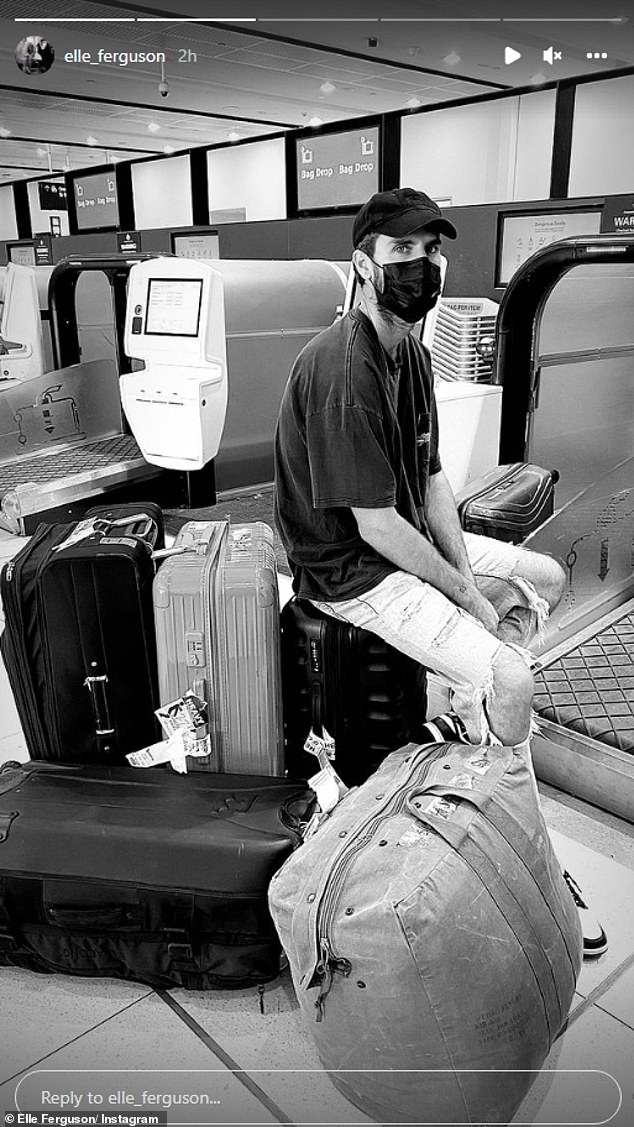 Dia Mirza Opens Up About Sex Before Marriage, Says It’s A ‘Personal Choice’