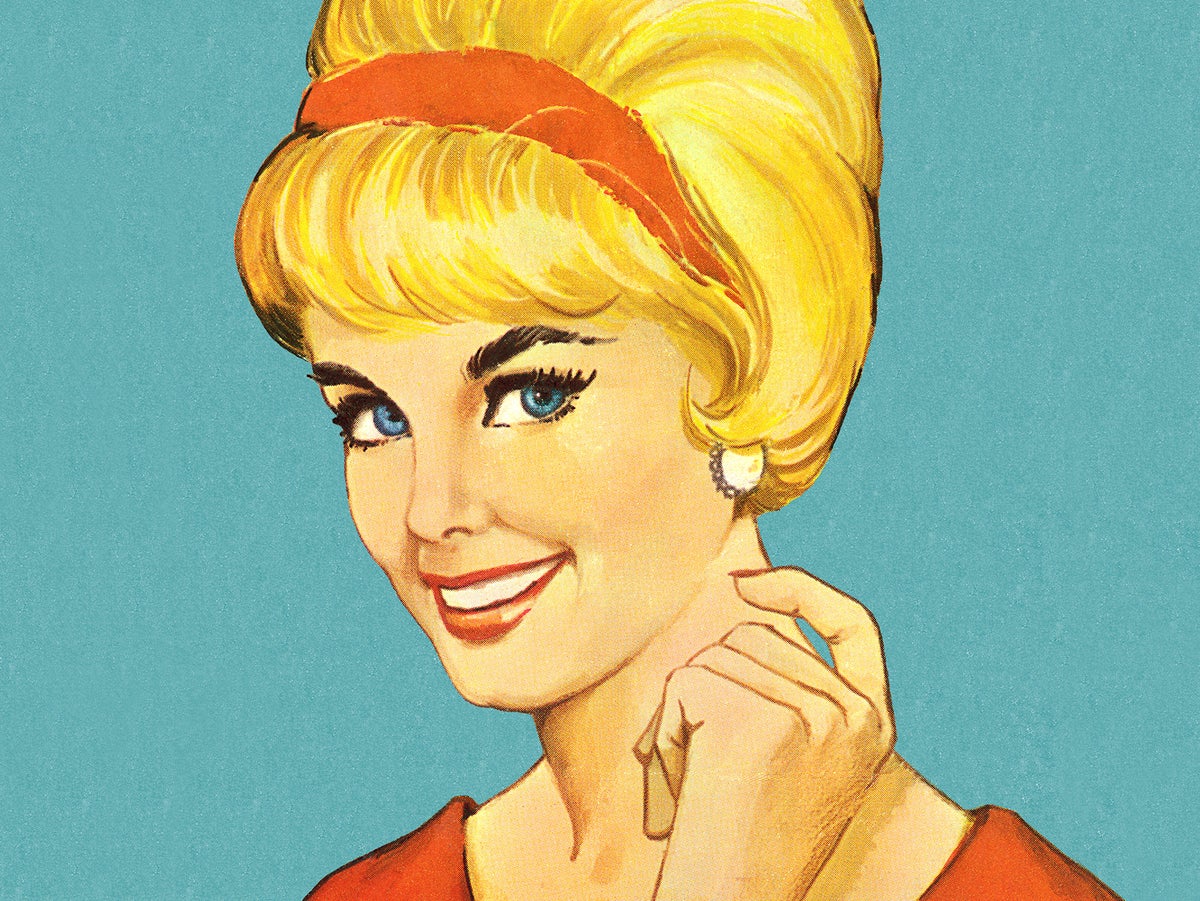 Ayet another bizarre thing women have to do with their vaginas. If it doesn’t steam the poor thing, it will hoist a jade egg into it. Or spending unnecessary amounts of money on an overpriced douche product — not realizing that vaginas are, in fact, self-cleaning — potentially causing an infection in the process. You may have even tried putting a clove of garlic in it. Or a sprig of parsley.

But hold on to your herbs, because there is something new for you to try: “vabbing”. The term itself is a contraction that, simply put, means to dab vaginally. According to TikTok, where the trend has recently gone viral, the idea is that women use their bodily fluids as perfume to attract others. Yes really.

In one of the first videos detailing the trend — which has since been removed — TikTok user and influencer Mandy Lee cited vabbing as the latest dating hack for women, claiming it helped her land dates. “I swear that if you vab you will attract people, like a date, [or a one-night stand. Or you’ll just get free drinks all night,” she said in the clip, which quickly racked up more than 1.5 million views.

In another video with more than 850,000 views – posted by a user who goes by @palesamoon – one woman recalls a first date with a man who “couldn’t keep his hands” off her. “But I kind of understood,” she says, “because I was doing an experiment that night […] I decided to use my coochie juice as a perfume.” There are now thousands of other videos discussing the practice on the platform, with the hashtag #vabbingperfume garnering over 12.9 million views to date.

As with all TikTok trends, it’s hard to pinpoint exactly when — or how — it started. But some have traced it back to a 2018 podcast episode hosted by comedians Carly Aquilino and Emma Willman, in which one listener revealed she had started using her own liquids as a fragrance.

The practice was also given as a helpful tip for single women in sexologist Shan Boodram’s 2019 book, The game of desire. “As copulins [chemicals secreted by the vagina] used as a perfume, it will attract anyone traditionally attracted to women with vulvas,” Boodram wrote.

The science behind this is questionable to say the least. Based on pheromones — the idea that smell plays an integral role in sexual attraction — it’s a highly controversial concept that has been under-researched and widely misunderstood since it was first identified in 1959.

“Body secretions such as vaginal fluids contain pheromones that can convey a range of information about a person, including their genetic makeup,” explain Dr Andrea Wahling and Dr Alexandra James of La Trobe University. “In the animal kingdom, different pheromones can do different things, such as trigger a behavioral response. While pheromones play an important role in how animals communicate, research is divided on whether pheromones play an important role in sexual and romantic compatibility for humans.”

There are some studies that support the phenomenon, but these have largely been dismissed as inconclusive. A 2012 review described previous studies as “weak” because they were not monitored. Some psychologists have argued that there is no evidence that human pheromones even exist.

“The problem is that while many researchers agree on the basic properties of pheromones, there is a lot of debate about which olfactory [sense of smell] signals represent pheromones,” writes Mark Sergeant, associate professor of psychology at Nottingham Trent University. Nevertheless, this has not stopped countless fragrance brands from using it in their marketing, claiming that products laced with pheromones can induce sexual attraction.

But pseudoscience aside, something more sinister is going on here. Ostensibly, vabbing appears to be a powerful, possibly even feminist trend — one that celebrates women and rewrites years of social and sexual shame surrounding the female body. At least, that’s how it’s been put by some, like one writer, who claimed she felt like a sexy, feral god for a week.

Just look at the thousands of TikTok videos discussing the trend, and this story is quickly derailing. Currently, all the most watched #vabbing videos are characterized by a feeling of disgust and disgust. Contrary to endorsing the trend, the majority of people criticize it and, as a result, perpetuate the view that vaginas – and their apparent smell – are disgusting.

“If the one girl who’s vaping wants to touch me,” reads the caption to a video accompanied by a crying face and a thumbs-down emoji. Other similar videos are illustrated with vomit and skull emojis. In one video, a woman dips her fingers in a can of tuna before touching her wrists and neck. She later tells her husband that she tried to vape and, after he smells her, he quickly rushes to dip her in kitchen spray.

All these videos send the same message: some people really hate vaginas. In a similar way to the vaginal cleansing and steaming trends mentioned above, they tap into the idea that the vagina is a problem to be solved. With this in mind, vabbing doesn’t seem like a trend at all, but rather a smear campaign against women’s bodies. One that is based on the social and sexual shame we attach to our physical selves.

It also perpetuates some rather harmful myths about women’s health. Despite what the vabbing videos suggest, the NHS Go website states that it is perfectly normal for the vagina to have an odor. “Vaginal odor can change at different times of the reproductive cycle and should not always be considered a sign of infection or disease,” said Dr Sophie Elneil, a consultant urogynaecology at University College Hospital in London. The website adds that those who are concerned about the smell of their vagina, or find it unpleasant, should see their doctor.

The funny thing is we’ve been here before. Remember Gwyneth Paltrow’s infamous candle that said “This Smells Like My Vagina”? Of course you do. Launched in 2020 on the lifestyle website of the actor turned wellness guru, Goop, the £77 candle was described as a “funny, gorgeous, sexy and beautifully unexpected fragrance”. It blended geranium, citrus-y bergamot and cedar with damask rose and ambrette seed — in other words, scents not typically associated with a woman’s vagina.

Like vabbing, the intent behind the candle may have been well-intentioned. But all it really did was make fun of, drive the internet to make fun of both Paltrow and women’s bodies, and emphasize how much societal shame we place on the vagina. But Paltrow’s no fool – the candles sold out quickly. She simply identified a taboo and, knowing it would cause a stir, she turned it into dollar signs. Truly genius, even if it was mildly depressing to see a woman take advantage of vaginal embarrassment.

The point is that while vabbing may seem new, its online ubiquity suggests a very old — and very sad — truth about how society views the female body. The question is not to vab or not to vab, but rather, how long will women have to wait for our bodies to be accepted as it is?