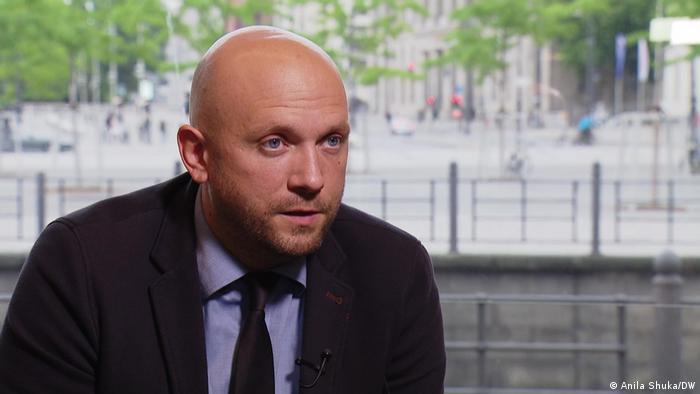 UKTN: The European Commission decided in favor of candidate status for Ukraine and Moldova in record time. How do you see this recommendation with regard to the Western Balkans?

Bosnia and Herzegovina and Kosovo are still in line. What to propose to these two vulnerable states?

The promise of enlargement made at the Thessaloniki summit in 2003 counts. Bosnia and Herzegovina is still considering the 14 fundamental priorities and the implementation of the necessary reforms, so that we could finally grant candidate status. The government of Kosovo is implementing reforms that we want to reward. Visa liberalization for Kosovar citizens is one of those necessary steps that must follow. The normalization dialogue with Serbia must be revived and both sides must be ready to make progress there as well.

Serbia continues to buy gas and grain from Russia, which it passes on to other Western Balkan states as well as EU countries. Shouldn’t the conditions be stricter?

We also import gas. In this regard, we must ensure that we make it clear to Serbian President Aleksandar Vucic that we expect him to support EU sanctions against Russia, but also that we do not give him the opportunity to claim that the lights out of his country because we also ensure that our decisions have economically justifiable effects.

Serbia is at the center of Russian disinformation and hybrid warfare that spans the entire region. What do you propose to contain this influence?

The most important measure is the credibility of the promise of enlargement of the European Union. This is why it is so important for us to finally correct the mistakes concerning enlargement policy, visa liberalization and the opening of accession negotiations with North Macedonia and Albania — and to show that if you move forward, Europe will also keep its promises.

When it comes to North Macedonia and Albania, many fear that once again nothing at all will happen. Shouldn’t the EU consider the two candidates separately and start negotiations with Albania?

Given the slow pace of EU enlargement, the idea of ​​open Balkan regional cooperation has increasingly emerged as an alternative. How do you assess the concept?

Basically, I am very skeptical about the Open Balkan initiative. It should be clear that initiatives in the region are inclusive and that there are realistic modalities for everyone to participate. Second, it is important that no parallel structure emerges. Regardless of this, it should always be clear that this is in no way a substitute for EU membership.

The Berlin Process, which has not produced much success in recent years, is another format. What do you propose to make it attractive for the Western Balkans?

The Berlin Process has been very attractive in recent years. We have accomplished a great deal, for example with the Regional Office for Youth Cooperation. We have four agreements that would go a long way to developing a common regional market. We propose to effectively achieve these objectives valid for all as of now, to take them up with renewed energy and also with new challenges. The new German federal government has a firm objective to pay particular attention to the region during its mandate. We will make a long-term and strategic commitment.

After a 10-year hiatus, Germany plans to return to the EUFOR Althea mission in Bosnia and Herzegovina. What message does this send?

Propose the transfer to the Bundestag was very important for the federal government – to make it clear that Germany is ready to engage in security policy in Bosnia and Herzegovina and because it is important for us that the October elections 2022 can take place in a safe, reliable environment. 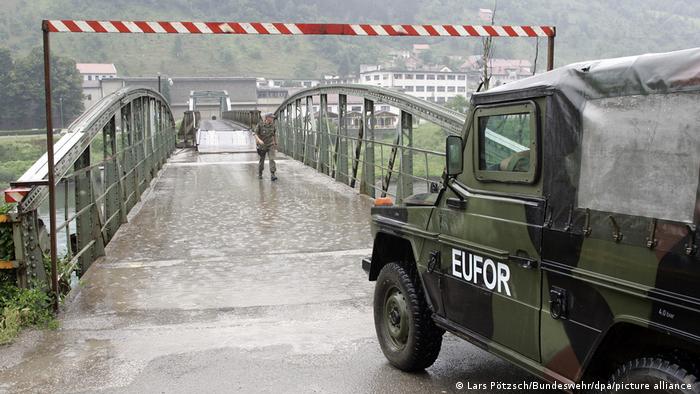 Germany wants to relaunch its participation in the EUFOR mission

You have been in post as envoy of the German government to the Western Balkans since March. Do you see things differently today than then?

I wish the terrible experience of this large-scale Russian invasion of Ukraine had led more key players in the region to want to change, rather than reinforce, their previous behavior. We must be aware of the fact that our “friends” in the Kremlin know very well that a lot of negative things can also be triggered in the region. That is why I would ask everyone to gather as soon as possible a maximum of cooperation and positive declarations, before the Kremlin tries to take advantage of our conflicts, of the lack of unity between us and within the region.

Manuel Sarrazin was a member of the Bundestag for the Green Party from 2008 to 2021. He is president of the South-East European Society, Germany’s most important academic and political advisory institution on Balkan issues. Since March 1, 2022, he has been the German government’s special representative for the Western Balkans.

This interview was originally conducted in German. It has been edited for clarity and conciseness.