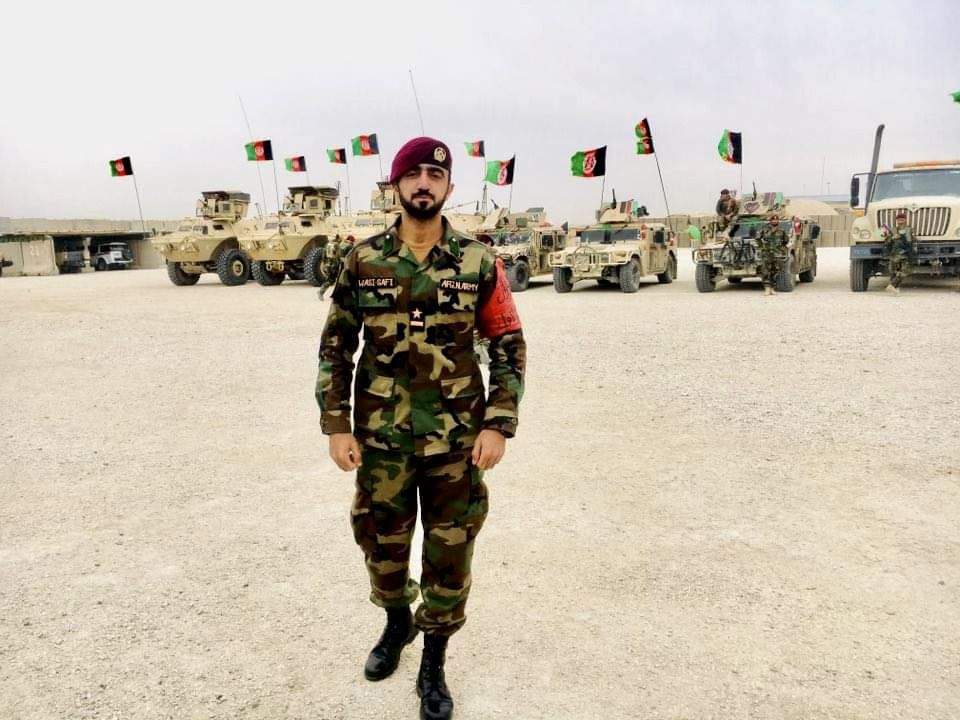 A former Afghan soldier who crossed multiple continents to try to escape Taliban revenge and reconnect with his brother in Houston put behind him a possible criminal record after charges of illegal entry into the US were dropped on Tuesday.

An assistant US attorney this week asked a judge to dismiss — “in the interests of justice” — the case against Abdul Wasi Safi or Wasi, who was arrested last year at the US-Mexico border. The judge agreed, according to court records.

Wasi faced up to a year in prison and a fine of up to $5,000 if he pleaded guilty. But Wasi didn’t want a criminal record to start his life over in the US — especially after serving the country.

Wasi, a former Afghan special forces officer, crossed the US-Mexico border at Eagle Pass on September 30. The Border Patrol arrested Wasi and charged him with a felony for failing to provide the necessary documents to remain in the US. four months in a detention center under the custody of the US Marshal at the Eden Detention Center.

The charges were dropped after months of publicity and a bipartisan effort by Congress to have him released. Wasi’s case was first reported by The Texas Tribune.

“I promise you, I am so happy and it is a huge relief for me,” Sami-ullah Safi, Wasi’s brother, said of the charge being dismissed.

Wasi’s trip to Texas began after the US withdrew its military operations from Afghanistan in August 2021 after nearly 20 years of conflict. Wasi – like many Afghans – spent days trying to board a military flight from Kabul. Thousands scurried across the heavily guarded asphalt. Few made the final extraction.

Wasi had been a special forces intelligence officer in the Afghan National Security Forces. Those who had served directly with the US and its allies became targets of the Taliban’s revenge killings as they took over the power vacuum left by the US as the Afghan government collapsed.

Wasi went into hiding, fearing the worst for himself and his family when he heard reports of horrific killings of those he had served with in the Afghan special forces.

Wasi studied journalism at university and worked in military intelligence. His work directly supported US special operations missions, often collaborating on missions to secure operational areas against the Taliban and other local insurgents. People like Wasi were ideal targets on a Taliban hit list.

For months, Wasi hid with his family in Afghanistan while trying to leave the country safely. His brother, Sami-ullah Safi, had worked directly with US Special Forces as a hired interpreter and lives in Houston as a US citizen. The following year, Wasi crossed countries and continents on a perilous migration path across Latin America to his arrest at the border.

With criminal charges dropped and an anticipated reunion with his brother, Wasi and his legal team can turn their attention in earnest to his asylum case, which could take years to process.

Cervantes said Wasi’s release may be delayed as federal agencies take additional steps. Wasi remains in the custody of the Border Patrol. However, she said those officials want immigration and customs to take custody. She doesn’t think ICE will have a problem seeing Wasi’s sincerity.

“He poses absolutely no threat, he has been vetted [by the FBI]’ said Cervantes. “He’s not a flight risk, he wants to be here and he wants to continue legally.”

Most recently, U.S. Representative Sheila Jackson Lee, a Democrat from Houston, urged the White House to get involved in Wasi’s case and asked President Joe Biden for a pardon. Jackson Lee is expected to hold a press conference Friday, according to a press release from her staff.

Additional members of Congress joined in writing their own letters to the White House, including Rep. Dan Crenshaw, R-Houston, and Rep. Mike Waltz, a Republican from Florida. Both are both military veterans.

Child hospitalized after being attacked by mountain lion in Northern California, authorities say

Percentage of U.S. adults with college or post-secondary degrees hits new high, according to Lumina report

What are the consequences of the latest rail strikes for each train operator?