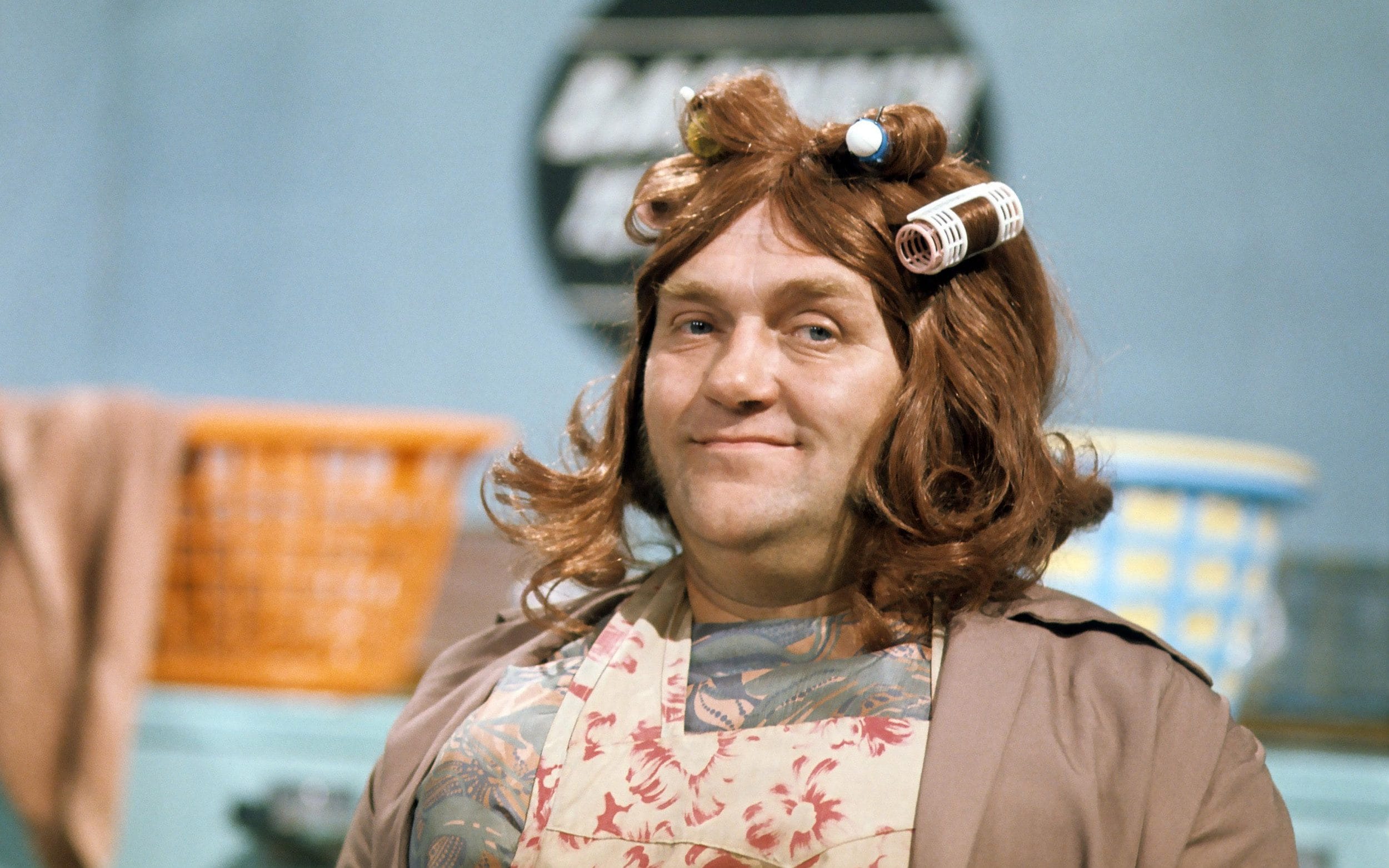 In the timeline of 20th-century British comedy, it counts as a historical artifact: written evidence of Les Dawsons’ first stepmother joke. He appeared in a script for a UKTN radio show, produced by The Dawson when he was an unknown. The joke was about his wife, but there on the page, in Dawson’s neat script, “wife” had been crossed out and replaced. “My mother-in-law threatened to throw herself into the canal. I hope she won’t do anything stupid … like changing her mind.

The gags got better after that, it must be said. The Dawsons: the lost tapes (ITV) retraced the comedian’s career, which began relatively late – he was 40 when he found success on the Jokers Wild panel. His comedy character was rock solid: the expression of the hanging dog, the deadpan routines.

All these grunts against the woman and the mother-in-law struck a chord with the men; as Brendan O’Carroll (Mrs Brown’s Boys) explained, there was a kind of solidarity, a message that “my life is misery and yours too”.

Of course, women loved Dawson too. His sketches of Cissie and Ada with Roy Barraclough were very popular and have been copied a lot over the years. Ms Brown owes Dawson a debt, despite O’Carroll’s protests that any similarity was a coincidence.

As with last week’s Lost Tapes episode on Ronnie Corbett, the program featured personal video footage and family memories. Dawson’s widow, Tracy, was joined by the couple’s daughter, Charlotte, who was just eight months old when she died. Watching the movies was clearly a moving experience for them, and their love for him shone through.

See also  This Way Up, episode 1 of series 2 review: bickering sisters return but momentum is lacking

But while the show gave time to Dawson’s previous marriage – his beloved first wife Meg died of cancer – it only briefly referred to his three children from that marriage, leaving the episode incomplete. .