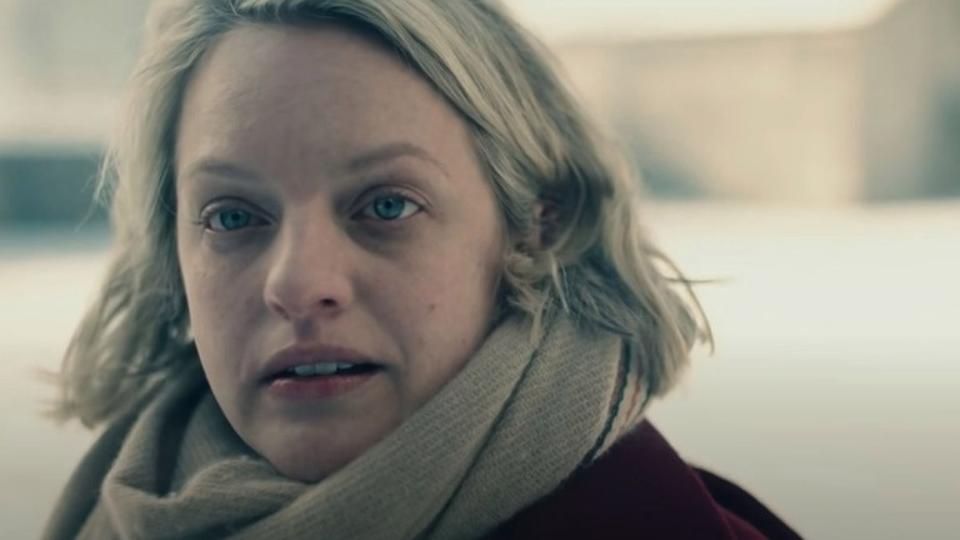 In ‘Progress’, the penultimate episode of The Handmaid’s Tale In Season 4, progress was indeed made, both in terms of the character development of almost every major character in the series and in the long and arduous task of bringing down Gilead.

For the Waterfords, progress comes in the form of the Putnams, the high ranking commander of Gileadean and his noxious wife. These two are kind of allowed not only to enter Canada unmolested, but also to visit Fred and Serena in their cozy jail cells. This is just one of many implausible moments in an otherwise decent episode.

The Putnams arrive and while Mrs. Putnam tries to convince Serena to return to Gilead, Commander Putnam tells Fred that there is nothing Gilead can do to help her. No prisoner transfer is received. No diplomatic or military pressure. Nothing. Nada. Fred is shocked and dismayed. After everything he’s done for Gilead, they let him rot.

Ms. Putnam makes a similar impression on Serena. The only way Serena could get back to Gilead would be if she threw her husband under the bus. But that, apparently, is good as far as the leadership of Gilead is concerned. Mrs. Putnam assures Serena that she would suffer no punishment, that she would be welcomed home with open arms as a returning hero. Serena doesn’t buy it for a second. She knows she would be punished. It’s already arrived. And now that she’s had a baby, “They could make a maid out of me,” she said to Fred.

It is the last straw. The only way to move forward, the only way to keep their child and forge a new life, is to turn against their old comrades and provide the Canadian and American governments with the information they want.

It’s a good way to “break” the couple, just days after they had renewed hope and faith in their cause after seeing supporters cheering them on the streets. Unfortunately, the setup is just too ridiculous to suspend our disbelief. Why would Canada or the Americans allow these visitors? Why would they arrest Fred when he arrived, but grant Commander Putnam immunity? Assuming it’s diplomatic immunity, why allow them such close access to Waterfords?

This is just one of the few border crossings that make this episode a bit hokey. Turns out it’s pretty easy to phone Commander Lawrence and ask June to beg him to help her find Hannah. Why she thinks Lawrence could talk to her without Eyes listening to her is beyond me. He would surely be watched closely by the authorities after his missteps. He refuses, of course, even though it’s obvious to us that he wants to help. He introduces himself as a jerk to June, offering her Hannah in exchange for ten of the children she previously saved. It’s clearly not something Lawrence actually wants, but he’s so good at being a sardonic jerk it turns out that way. June and Luke leave the conversation feeling defeated.

But Luke has a plan, and it’s a plan he absolutely hates. In a rather combative moment, he suggests that June turn to Nick for help. She should meet him in person, he told her, an angry look on his face, tears in his eyes. Luke, I have to admit, has annoyed me a bit since June regained her freedom. No doubt, it must be hard to deal with everything, but he constantly does everything about himself, while June is clearly the one who has suffered the most in recent years. He is impatient, strangely hostile, and full of self-pity. No wonder June jumps at the chance to meet her other lover.

Luke suggests that she bring Nichole when she meets Nick, a pretty drastic suggestion considering that everything could change if someone on Gilead’s side finds out about the affair and uses it to snatch June and her daughter.

But the idea that it will be so easy to meet Nick seems more than a little absurd to me. Nick is a powerful commander, sure, but he’s still in a totalitarian state where everyone is spying on everyone. Would it really be that easy for him to get to Canada and cross the border without anyone knowing? If so, why didn’t he work with Tuello to free June a long time ago?

The meeting itself is almost worth the amazing set up. Nick, June and Nichole, a big happy family, so natural, so different from the house where June came back with Luke. I’m not sure how to feel it, to be honest. I like to see this happiness and this comfort and like a moment frozen in time, it’s perfect. Outside, snow covers the ground. Inside, light streams through the large windows and falls on the three of them, happy and safe together, if only briefly.

Nick has a treasure trove of information on Hannah. It is in Colorado Springs, a symbolic place if there is one. I always thought New England, a relatively liberal part of America, was an odd choice for Gilead. Colorado Springs, on the other hand, is the hub of evangelism in the United States. Either way, Nick shares photos and addresses and a warning: getting Hannah out will be impossible.

But it’s The Handmaid’s Tale and June has superpowers and plot armor to spare. Nothing is impossible, you little idiot.

When June leaves, Nick puts his wedding ring back on. It seems they’re both with people they’d rather not be with, separated by politics, geography, and inevitability. They should have run away together.

Finally, we come to Aunt Lydia and her guards. The scene opens with The Last Supper — a dozen aunts seated along one side of a long table, with Aunt Lydia — like Christ — seated in the middle. To her left and right are aunts who could almost pass for twins, at least from a distance. Lydia towers over her resentful colleagues. Like Lawrence, his fall from power was just an accident. When it was restored, it was at the very top of the scale.

And so she has some influence, however slight, over the other aunts. She kept Janine at the Maid’s Training Center for much longer than planned, unable to send her to the breeding colony after Janine’s pleas. Lydia becomes gentle, it seems, influenced by the plight of her favorite maid. While she had a complicated relationship with June, oscillating violently between affection and spite, she only became more and more attached to Janine over time. It was interesting to see his reaction to Lawrence when he suggested that she “do whatever she wants” with Janine when she was brought back from the rubble of Chicago. He hinted that she would like to hurt him, but I think he knew she wouldn’t do such a thing. It was Lawrence who was gently pushing her towards compassion and change. Progress, you see.

We find out that Mrs. Keyes, the young wife who poisoned her husband and harbored June and her friends and allowed her gay Guardians to be together, but who did it all with a fiery sense of revenge and determination, is now a maid herself. She is a stubborn girl, however, and refuses to eat. Refuse to obey. The aunts want her tongue cut. Aunt Lydia seems inclined to do just that.

But Janine begs her not to. She begs Aunt Lydia to try a gentler approach and Aunt Lydia suggests that she speak with Esther herself. Maybe Janine can convince her to eat.

Janine accepts and brings her food to the girl’s cell the next day. For some reason I really can’t explain based on the obvious details, Esther believes Janine snuck past the guards. It doesn’t occur to her that the guards may have allowed her in with the food. It hardly makes any sense, and the way the next scene plays out is based on assumptions the character just would never make. When Esther puts two and two together after Janine begs her to stop being so disobedient, it doesn’t really click as there’s no reason to think Janine slipped in to begin with. Either way, Janine’s ploy works. Mercy wins. Esther eats and becomes more docile and holds her tongue, much to the chagrin of the other aunts. For Aunt Lydia, it’s a victory. See how helpful Janine can be? It’s an excuse to keep her and not send her to more rape and agony.

Aunt Lydia is weakening, and it seems likely that her transformation is only just beginning, that her pro-Gilead sympathies are just starting to crack, and that she will be instrumental in bringing the regime down – if, of course, it will. actually happens. in The Handmaid’s Tale.

The episode ends with Tuello revealing to June and Luke that Commander Waterford has been released now that he has agreed to cooperate and provide information on Gilead. This news does not fall well with June or Luke. I find this to be yet another unbelievable moment in the episode. Canada would not just free the Waterfords now that they are willing to help. This removes all of their incentives to give out information. A reduced sentence, of course. House arrest maybe. Surely imprisoned until all information is gleaned from them. But sudden liberation and freedom? No chance.

June is angry, of course. She follows Tuello down the street. “This man is a fucking rapist and you know what he did to me,” she screams. There is no close-up of June’s steel eyes looking at the camera as she screams her next line, saliva flying. “I will kill you!” She cries. “I will kill you!”

June embraced her rage and it’s pretty awesome honestly. She will probably make bad choices because of it, but the anger is justified. It’s a righteous fury and she has it in spades. If I were Tuello, I would take the threat very seriously. If I were Fred, I would hire a security guard.

We have one episode left in Season 4, and then another big wait – but hopefully not that long – before Season 5. What did you think of Episode 9? What will happen in the final? Something big and crazy, right? A big cliffhanger that makes us all a little angry because we know that we will have to wait a year or two to find out what happens next. Regardless, I definitely enjoyed the second half of this season more than the torturous first half, although one controversial scene in particular overshadowed everything else – and although some of the plot developments in this last episode were a bit far-fetched.