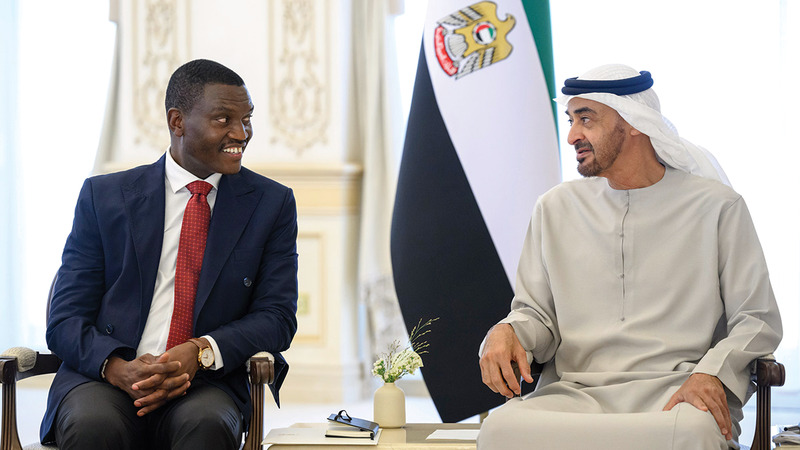 Yesterday, His Highness Sheikh Mohamed bin Zayed Al Nahyan, President of the State, received a written message from Cyril Ramaphosa, President of the friendly Republic of South Africa, related to the relations of the two countries and opportunities for their development and expansion of their horizons to broader areas that serve their mutual interests.

This came during the reception of His Highness Sheikh Mohamed bin Zayed Al Nahyan, at Al Bahr Palace in Abu Dhabi, the Adviser to the President of South Africa and his Special Envoy, Dr. Bijani Chauki, who conveyed to His Highness the greetings of President Cyril Ramaphosa and his wishes for good health and happiness, and for the UAE and its people further progress. and prosperity.

For his part, His Highness Sheikh Mohamed bin Zayed Al Nahyan, Special Envoy of His Excellency Cyril Ramaphosa, conveyed his greetings to the President of South Africa, wishing his country and its people further progress and development. During the meeting, the two sides discussed cooperation relations between the two countries and ways to enhance them in various fields and the possibilities of pushing them forward at all levels, especially the economic and investment efforts that serve the development efforts in the two countries.