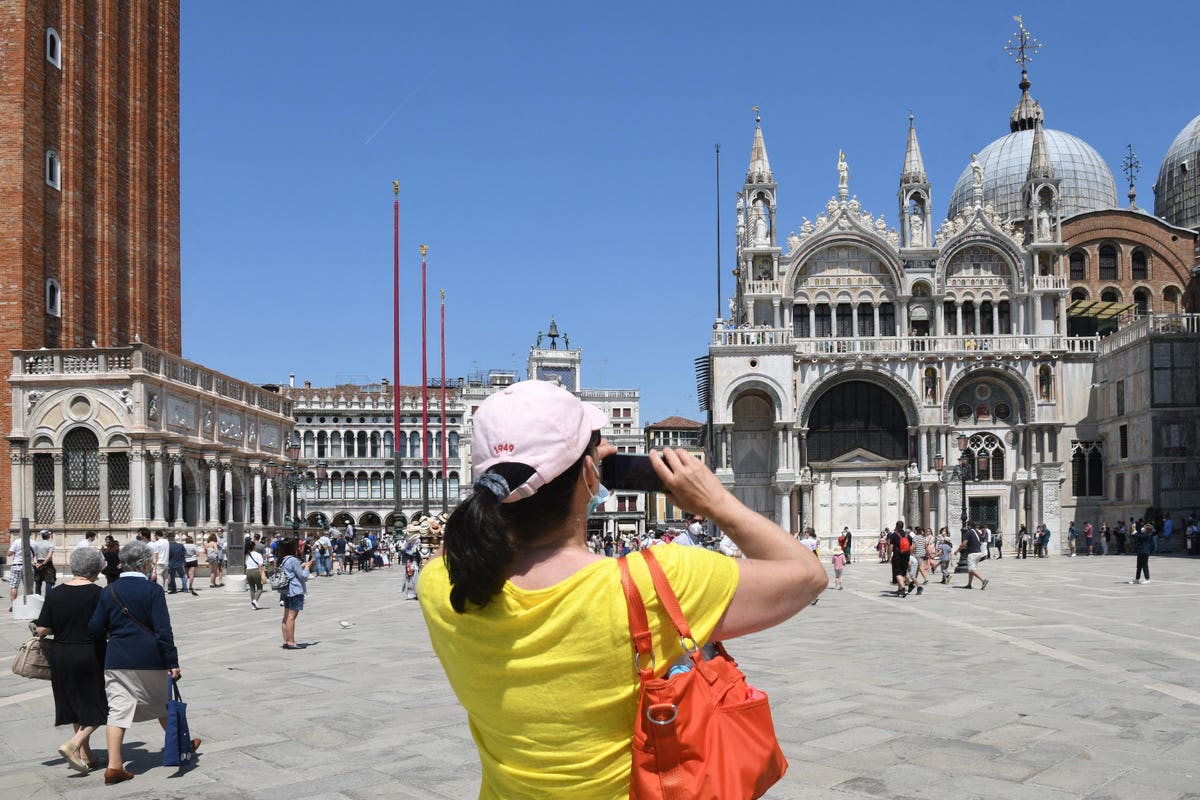 Italian Health Minister Roberto Speranza last week introduced a 5-day quarantine for travelers from the UK. So far, the country has recorded less than 1% of cases with the virus mutation. These are the basic facts when it comes to the Delta variant in Italy, the variant of the coronavirus which now threatens containment of the pandemic in the country. According to virologist Fabrizio Pregliasco, interviewed by the daily Corriere della Sera, vaccines and high temperatures are helping to contain contagion, so the country can expect a “fairly relaxed summer”, although at the end of the season Italy can expect a British-style scenario. , with an increase in the number of cases. Meanwhile, the announcement of cancellations on UK-Italy air routes has caused some frustration in recent days.

Currently, Italy has 1,197 cases per day and 28 deaths (figures for the last 24 hours), numbers in constant decline, with now an average of 19 new cases per 100,000 inhabitants. Overall, since the start of the pandemic, the country has reported 4.25 million cases and recorded 127,253 deaths linked to COVID-19, the second highest death toll in Europe after Britain and the eighth to the world, Reuters reports.

From next week, the whole country will enter the “white zone”, resulting in the fewest restrictions imposed, with the exception of the Aosta Valley, the only region still in the yellow zone. A white area means that virtually all activities will be open, including all bars and restaurants (the only exception being nightclubs), and the curfew is lifted. The government is currently debating the possibility of lifting the obligation to wear a mask outdoors: a decision should be taken next week, and the obligation could be removed from the beginning of July. Politicians like Matteo Salvini and Luigi Di Maio have pushed in this direction. “We cannot waste any more time, it would also be a sign that tourists wishing to come to Italy must be fully attractive,” Foreign Minister Di Maio said.

Regarding vaccines, at this stage 52.67% of the population is vaccinated (more than 30 million people), of which 26.24% have already received a second dose. While checks are underway regarding the use of the AstraZeneca vaccine and the risks of thrombosis, the government has now authorized a mixture of vaccines for the second dose. In addition, the use of AstraZeneca is now also authorized for the second dose in younger children, provided that their doctor gives the green light. The AstraZeneca case in Italy comes after a heated debate over the news of an 18-year-old girl who has died after the jab. Initially, the Department of Health had determined that all people under the age of 60 who received a first dose of vaccine with AstraZeneca should receive a different vaccine for the second dose, either Moderna or Pfizer. Now both options are allowed. According to numerous studies, heterologous vaccination strengthens vaccination coverage.

“First of all, getting vaccinated is essential. The worst thing to do is not get the shot, or only get one dose. Second, heterologous vaccination works. I myself made a reservation to do so. I am over 70 and my first dose of AstraZeneca gave me few antibodies so they recommended that I do so. Third, if a person under the age of 60 has received a first dose of AstraZeneca and has been offered a heterologous vaccination but does not wish to, they are free to receive a second dose of AstraZeneca. , provided you get the advice of your doctor. and obtain informed consent. Informed consent. The worst part is not getting a second dose, “Prime Minister Mario Draghi told a press conference.

Finally, with regard to the so-called ‘Covid passport’, like other European countries, Italy is awaiting the entry into force of the EU’s COVID digital certificate from July 1. The certificate, which will show in paper or digital form that someone has received a vaccine, has recovered from the virus or has tested negative, is intended to facilitate travel between European countries and may also soon be available to Americans. . Meanwhile, in Italy, a national green pass is available for events such as weddings and other celebrations involving large groups of people. Like the European certificate, the green pass makes it possible to recognize one of these three conditions: either having been vaccinated, being cured of Covid-19, or having taken a negative test within 48 hours.