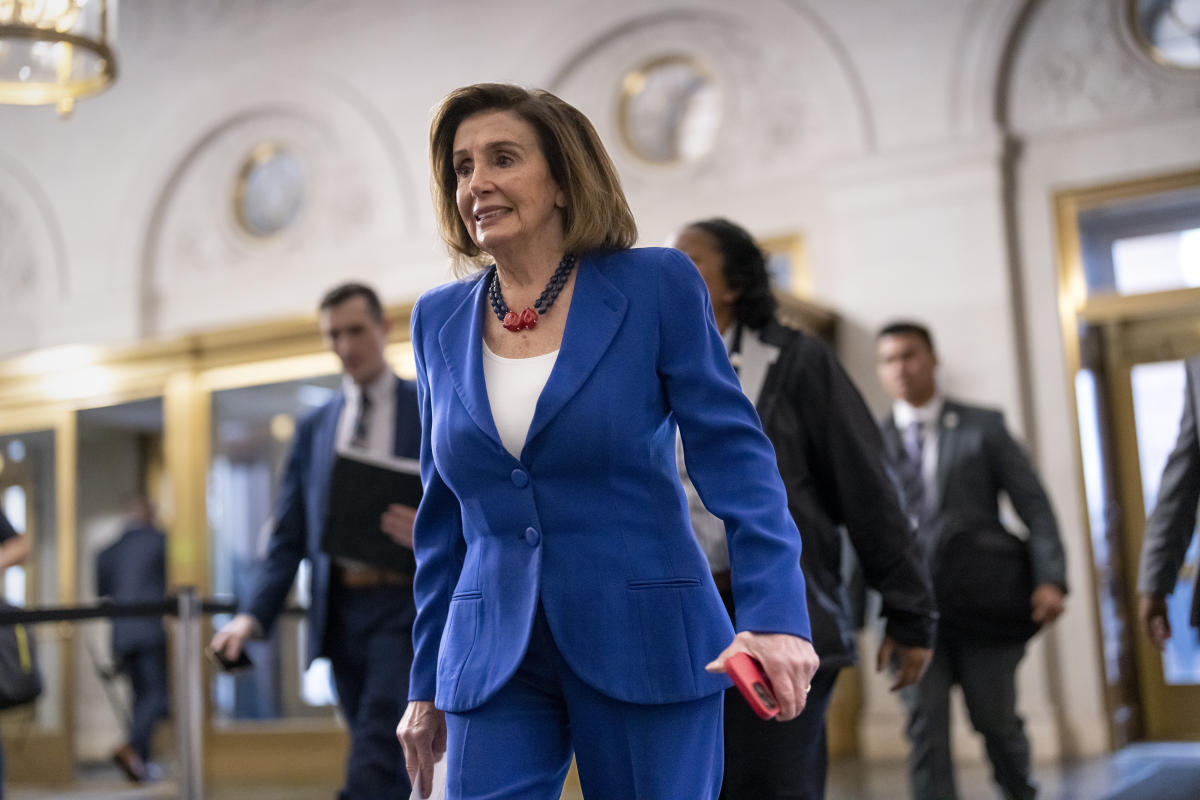 The legislation included key policy areas that committees had been hammering behind the scenes all year — such as a major package designed to improve the country’s preparedness for the next major pandemic. It also included items that Republicans had championed during the election season, such as an expansion of telemedicine coverage in Medicare. And it included small policies that some lawmakers have wanted to pass for years, such as requiring Medicare to cover compression garments for patients with lymphedema.

Sign up for the New York Times’ The Morning newsletter

While the bill was primarily intended to fund existing government programs, many health policies piggybacked on it.

Large, “must-pass” bills, such as the $1.7 trillion omnibus, often attract unrelated policies that are difficult to implement alone. But the scope of health care legislation in last month’s bill is unusual. In late 2022, congressional leaders decided to do something the staffers call “clearing the deck,” adding all of the potentially bipartisan health policy legislation that was ready and written. There was a lot to clear up.

The midterm elections also played a role. Many lawmakers recognized that the incoming Republican House majority was much less likely to pass another major bill, and so the omnibus was widely viewed as a final legislative hurrah.

The new House leadership has even pledged to avoid such omnibus legislation in the future. House Speaker Kevin McCarthy, R-Calif., has agreed to move smaller bills one at a time and allow lawmakers to propose amendments to each on the House floor. That process would make it much more difficult to combine future spending bills with unrelated policy measures, such as a package in the bill that aims to modernize the country’s mental health system.

The coming change turned the omnibus bill into a prime opportunity to pass pieces of legislation that might have withered away in the new Congress. Many of the health measures were not controversial enough to prevent the omnibus from passing off as one big bill. They may not have managed it all on their own.

Several outgoing senators were eager to use the bill to pass favored measures and solidify their legacy. Among the outgoing senior Republicans were Richard Burr of North Carolina, who was the leading member of the Senate Health, Education, Labor and Pensions Committee; Roy Blunt of Missouri, who was a senior member of the Senate Appropriations Health Subcommittee; and Richard Shelby of Alabama, Vice Chairman of the Senate Appropriations Committee. Legacies also mattered to the outgoing Patrick Leahy, D-Vt., who chaired Appropriations, as well as Nancy Pelosi, who relinquished her position as top House Democrat.

Burr had spent the year working with his Democratic counterpart to develop a pandemic preparedness package known as the Prevent Pandemics Act. That legislation was passed as part of the expenditure account.

Senator Mitch McConnell, R-Ky., the minority leader, had indicated earlier this year that he hoped for a relatively modest bill. But in the end, he didn’t stand in the way of the gigantic bill.

“Probably a big part of the motivation was, ‘Let’s fix it and accept the reality of a lot of stagnation that we’ll see at the next Congress,'” said Drew Keyes, a senior policy analyst at the Paragon Health Institute and a former staff member. of the Republican Study Committee. He was critical of the size and scope of the bill, especially given the limited debate on many of its provisions. But he said he understood why it came together: “We saw a lot of pieces that felt like it was the last chance.”

Some complicated budget calculations made it possible for lawmakers to pass Medicaid expansions without costing a lot of money, an opportunity that would likely disappear over time. By scheduling an end date for expensive pandemic policies, Congress could use the expected savings to pay for expanded Medicaid benefits for children, postpartum mothers and residents of US territories.

The bill requires states to keep children enrolled for at least one year at a time, and expands funding for the Children’s Health Insurance Program. It is also drafting a set of policies designed to discourage states from automatically dumping large numbers of adult enrollees following the end of emergency policies that protected enrollments during the pandemic. The provisions reflected Pelosi’s longstanding interest in broadening health insurance coverage through the Affordable Care Act and other means.

In addition to the expiring sources of funding, there was a “time-bound coalition behind some of those policies,” said Matthew Fiedler, a senior fellow at the Brookings Institution who tracked Medicaid provisions.

Crucially, most of the bill’s health measures received bipartisan support in Congress. Although Democrats had majorities in both the House and Senate, the bill needed 10 votes from the Republican Senate to overcome a legislative filibuster. It got much more – the omnibus passed the Senate by a margin of 68–29. (In the House, where Republicans were less involved in negotiating the bill because their votes were not needed, a larger portion voted against. The final vote was 225–201.)

The upshot of all this deck clearing is that it could be a quiet Congress for new health legislation. There are some healthcare funding programs that need to be revamped, including funding for programs to fight opioid addiction and overdoses, and one to subsidize hospitals that treat uninsured patients.

But aside from those must-pass items (which may or may not eventually pass), don’t expect too much.

Democrats already accomplished much of their health care agenda earlier this year, when they passed legislation to allow Medicare to limit the prices of some prescription drugs, expand subsidies for Americans who buy their own insurance, and introduce new health benefits for veterans.

McCarthy had some plans for modest healthcare measures with a chance of becoming law, including expanded Medicare coverage for telemedicine. But that went in the omnibus, leaving him with few concrete health policy goals beyond overseeing the implementation of pandemic programs.

The remaining Democrat wish list includes measures to broaden Medicare benefits and expand abortion rights — things they couldn’t pass even if they controlled the House. As part of concessions with right-wing lawmakers to secure the speakership, Mr. McCarthy has pledged that House Republicans will propose substantial cuts to balance the budget in a decade, a goal that would be impossible without cuts in some or all of the major health programs – Medicare, Medicaid and Obamacare. But those would never move forward if the Democrats controlled the Senate and the White House.

That means the omnibus was an unexpectedly meaty health care bill. There may be no other for a while.