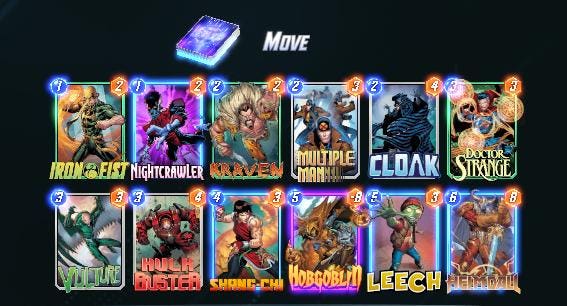 Marvel Snap has a number of popular meta decks, including many in pool 2, where most casual players can find themselves before they get into the full range of cards higher. There are Destroy decks, Discard decks, Zoo decks, but one seems more popular than the other, a Move deck, based on cards jumping around the board.

I’ll break down the basics of what this deck looks like, how to use it, and most importantly, how to counter it:

How to counter move decks:

If you find yourself running into this all the time, you may want to consider the following cards to help you deal with it:

I hope this helped!

The Game Awards 2022 Round-Up: All the best trailers, game reveals, winners and more

‘Wednesday’ dethroned in Netflix’s top 10 by a new show