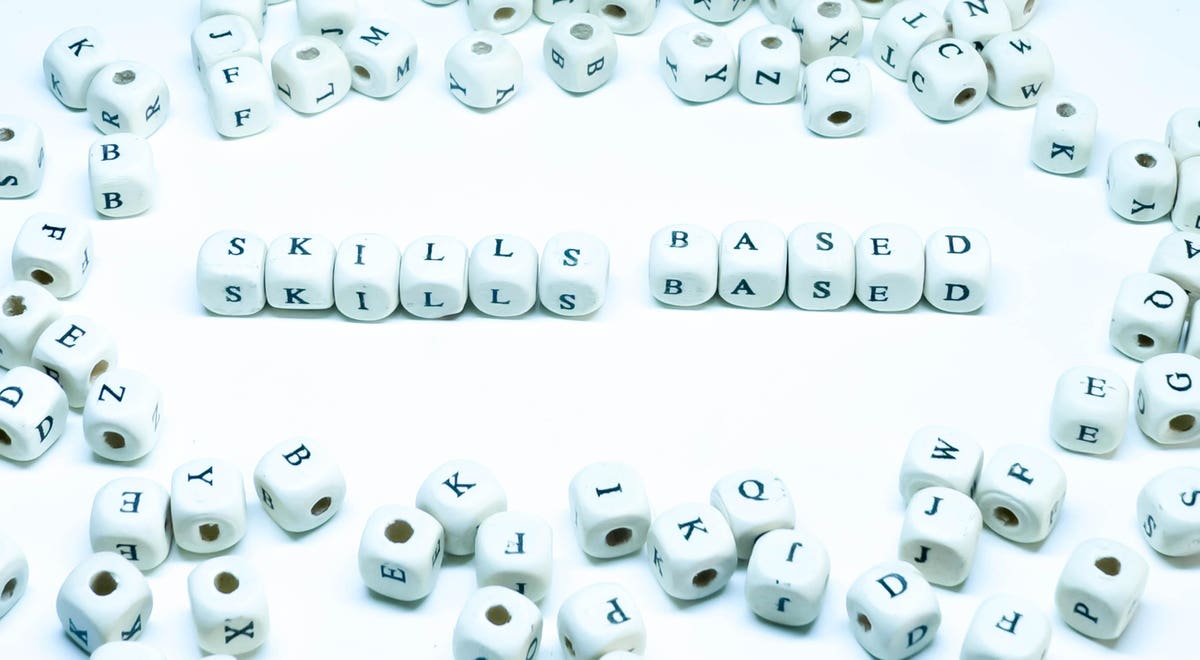 In the wild world of synchronized swimming, parody + time has become reality. At the end of December, the International Olympic Committee announced men will be permitted to participate in synchronized swimming at the 2024 Paris Olympics. The news comes nearly 40 years after the archetypal parody of

inspirational, follow-your-dreams videos: the SNL Synchronized Swimming skit featuring Gerald (Harry Shearer) and Lawrence (Martin Short in a lifejacket) attempting to become the first men to compete in the sport, and this immortal exchange:

Gerald: Lawrence doesn’t swim. So I mean, no, of course not. Nobody’s going to just walk up and hand us a gold medal. Especially since men’s synchro isn’t in the ’88 Olympics yet.

Lawrence: But that’s OK because we could use the time. ‘Cause I’m not that strong a swimmer.

Doubtless, male synchronized swimmers in the Paris Olympics won’t require life jackets or choreography lessons from the regional theater director played by Christopher Guest (“Hey, you! I know you! I know you!”). They’ll be strong swimmers. Such is the logic of skills-based hiring: ensuring selected candidates are sufficiently capable to perform. Skllls-based hiring is the refreshing, democratizing contrast to pedigree- and degree-based hiring, which is all about where you went to school and what degree you earned.

Skills-based hiring wins a gold medal in every event. It’s the human resources enlightenment, displacing macro-credential dogma with empirical evidence of ability. A shift to skills-based hiring could sweep away hundreds of low-ROI colleges and universities and thousands of low-financial-value programs. Skills-based hiring is even being touted as a strategy for fighting inflation. Most important, it’s a tonic for our labor market ills. Companies struggling to find qualified candidates are reconsidering degree-based hiring in light of the fact that only 40% of U.S. workers have bachelor’s degrees. Managers who value diversity recognize low income and underrepresented minority job seekers are significantly less likely to earn degrees. And there’s not much downside; a recent survey by American Student Assistance and Jobs for the Future found 72% of employers don’t see degrees as reliable signals of employee performance.

So skills-based hiring is the hot new thing. CEOs want to do it. Companies say they’re doing it. LinkedIn’s CEO is calling for a “skills-first” mentality… shift[ing] away from more antiquated signals like only degree, or pedigree, or where someone worked [to] help ensure that the right people can be in the right roles.” Even the CIA is stealthily moving to identify candidates with “requisite knowledge, skills, and abilities.” Seemingly overnight, skills-based hiring is as popular as motherhood and apple pie. The problem is that the people who want to do it or say they’re doing it aren’t the ones charged with executing it. And these people – the HR managers and hiring managers – don’t know how to do it.

In 1964, in the case of Jacobellis v. Ohio, faced with the question of whether the state of Ohio could ban the Louis Malle film The Lovers, Supreme Court Justice Potter Stewart wrote a concurrence that set a constitutional standard for free speech: states were limited to regulating obscenity, which he defined as “I know it when I see it.” Stewart considered himself somewhat of an expert, having served as a watch officer in the Navy during World War II and seen enlisted men bring back locally produced pornography. He called it his “Casablanca test.” (The Lovers was not as bad as what he’d seen in Casablanca and therefore constitutionally protected.)

“I know it when I see it” describes the current approach to skills-based hiring. Far from a science, skills-based hiring recipes tend to include platitudes like “write inclusive, skills-based job postings,” “source a talented and diverse applicant pool,” and “get CEO buy-in.” But what does that really mean? Skills-based hiring means different things to different people. For example, while it clearly involves assessing skills in interviews, such interviews may not be materially different from pedigree- and degree-based days of yore. After the “hail and well met, and how is dear old professor Snodgrass?” even the most clubby and noxious interviewers would probe for some skills. But because interviews only occur for a small fraction of applicants, the real problem is at the top of the hiring funnel, which continues to be bedevilled by keyword-based filters.

The first step is to rip out biased elements of current hiring processes. This is why [email protected]’s Paper Ceiling campaign is so important. It’s a simple ask: drop degree requirements from job descriptions. This is where even the most outwardly progressive companies have stumbled. Microsoft says it’s “shifting to skills candidates possess as opposed to how they acquired them.” But rather than eliminating degrees, Microsoft has opted to add “or equivalent experience.” Google has done the same (“bachelor’s degree or equivalent practical experience”). As a Google’s HR executive explained to Steve Lohr of the New York Times: “Our focus is on demonstrated skills, and this can come through degrees or it can come through relevant experience.”

It’s possible to make progress with equivalence. Maryland implemented “or equivalent practical experience” language in more than 300 state job descriptions and saw a 41% increase in new hires without degrees. Colorado and Utah are following suit. The very low bar set by decades of degree-based hiring means guaranteed progress. But because degree keywords remain in job descriptions, equivalence means “AND” (degree + experience) more than “OR,” and the top of the hiring funnel remains – in the words of Lawrence – “not that strong.”

A more serious effort would involve analyzing each job. As Neil Morelli of Codility notes, we should be gathering “qualitative and quantitative data by reviewing job documentation, interviewing experts, observing actual employees performing the work and administering surveys,” then structuring new job descriptions around observed skills. In addition, companies would try to assess skills at the very top of the hiring funnel. Finally, due to the skills gap, companies should do much more to reach diverse, high-potential, non-traditional candidates (who, with a little help, could develop the right skills), including investing in job trials, internships, and apprenticeships.

With skill-based hiring’s newfound popularity, you’d think HR managers would be falling over themselves to get this good work done. But they’re not. And it’s due to a second way in which skills-based hiring is like pornography. While superficially clever, Justice Stewart’s “I know it when I see it” created an unworkable standard that left a constitutional right subject to the whims of judges and caused endless confusion. In the annals of regulation, it occupies a humorous but dark chapter. And so another way skills-based hiring is like pornography is that a branch of the federal government is screwing up its regulation. In the case of obscenity, it was the judiciary. With skills-based hiring, it’s the executive.

The easiest way to effect skills-based hiring is to ask every applicant to take a short skills-based assessment at the very top of the hiring funnel, before their resume is reviewed. It’s a simpler and more inclusive approach than struggling to get job descriptions just right and continuing to depend on bad keyword-based screening technology. The problem is that valid assessments are challenging to develop, and due to Equal Employment Opportunity Commission rules on adverse impact, presumptively illegal.

When the EEOC challenges an assessment for having adverse impact, the only defense is to demonstrate content validity, construct validity, and criterion validity i.e., that the skills test is predictive of job performance. The problem is that the process of demonstrating a priori validity for each and every assessment-position combination is so time- and resource-intensive that it’s not worth the effort; companies are busy with other things, like running their businesses and, apparently, degree-based hiring.

While not a Biden administration policy – this issue has been around for decades – it’s now clear that the adverse impact barrier to implementing top-of-funnel skills-based assessments is holding back the shift to skills-based hiring. EEOC actions against skills-based assessments have led to headline-grabbing settlements (Target $7M, Walmart $20M) and are keeping companies from making the switch. While the rest of the world is leveraging top-of-funnel assessments in hiring, as one assessment provider executive told me, “what’s remarkable about the U.S. is how quickly lawyers and general counsel get involved.”

The great irony, of course, is that degree requirements in job descriptions clearly have adverse impact on underrepresented minorities. So you’d think it would be ripe for EEOC action. But according to Seton Hall Law School’s Charles Sullivan, it’s never happened: “No one is interested in upsetting this apple cart.”

For skills to become hiring’s currency, the skills gap will require employers to invest in reaching and training diverse, high-potential, non-traditional candidates. But this only makes sense if companies can protect their investments. For example, many apprenticeship programs utilize fixed term employment agreements with a provision that requires repayment of the cost of training if apprentices accept an offer from another company (i.e., taking advantage of the training they’ve received). It’s an attempt to address the free rider problem inherent in employer-paid training. Sounds reasonable, right? The Consumer Finance Protection Bureau doesn’t think so, pointing to training repayment provisions which leave workers in debt. So CFPB has launched an inquiry, creating uncertainty as to whether these provisions will provide any protection at all.

In response, some companies have dropped training repayment and sought refuge in non-competes – hoping that limiting apprentices’ ability to arbitrage the investment in their training could dissuade them from responding to ravenous recruiters. There are three problems with this. First, it’s a roundabout way to try to protect an investment in new employee training. Second, it’s incomplete: states like California and Washington won’t enforce non-competes. Third, last week the Federal Trade Commission announced a new rule that would ban non-competes entirely. The thinking is that by suppressing labor mobility, non-competes negatively affect competition (thereby putting non-competes within the FTC’s ambit). But as USC law professor Jonathan Barnett has noted, non-competes provide “an incentive for employers to invest in training their employees… If competitors could ‘free ride’ off each other’s investments in training… there would be a disincentive to make those investments in the first place.”

Each agency has a good reason for promulgating these rules: tests can be discriminatory; bad actors can demand $10K repayment for a few hours of training, or – like the companies the FTC sued last week – requiring employees to pay a $100K penalty if they take a job with a competitor within 100 miles. But if regulators have their way, companies will have no way to protect investments in upskilling – no way to address the free rider problem – which will reify pedigree- and degree-based hiring. There seems to be no understanding in Washington that ambitious regulators are trading away skills-based hiring and thereby embracing a sclerotic education and training system. While I’m virtually certain these agencies are doing so unwittingly – perhaps they’d do better by adopting skills-based hiring themselves – there’s still a shadow of a doubt. After all, every education and workforce policy to date indicates the Biden administration is in the pocket of Big College.