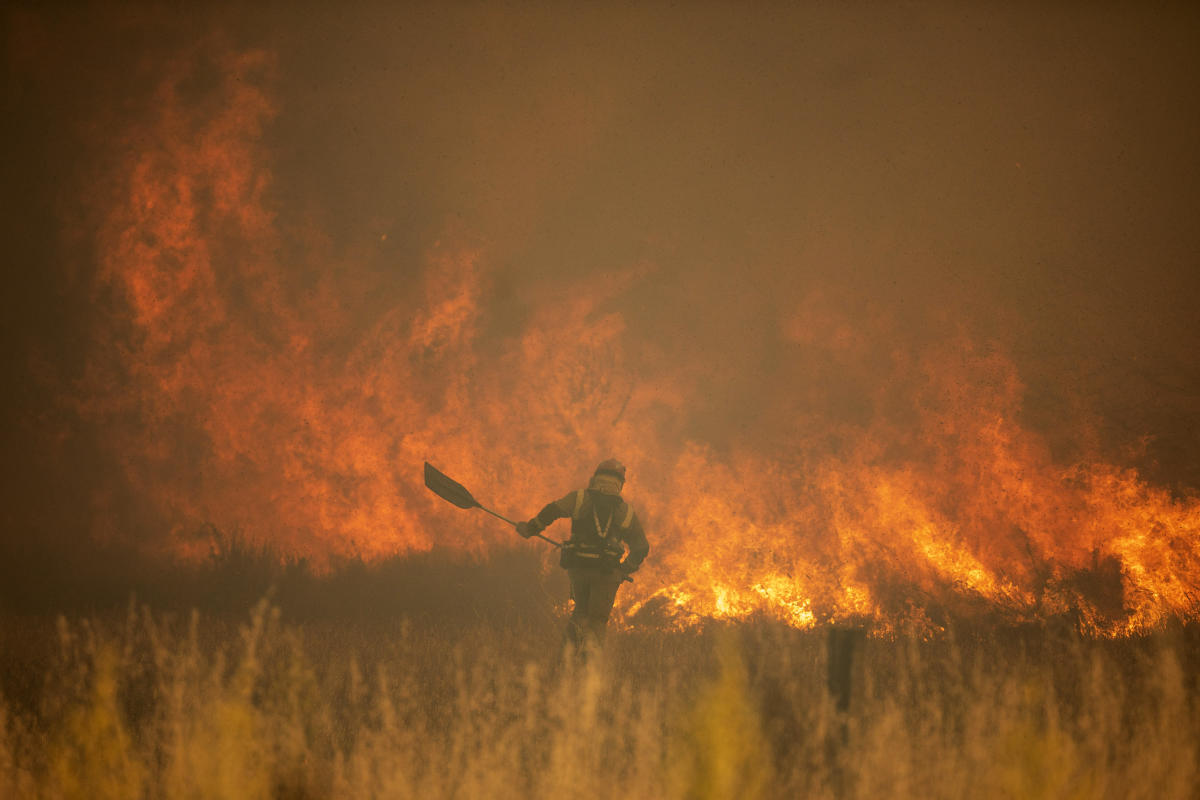 And we are only in June.

“Much of the continent is in drought,” said Cathelijne Stoof, a professor of environmental science at the Dutch University of Wageningen, who described the outlook for wildfire as “very difficult across Europe. “.

Last summer’s fires blackened more than 11,000 square kilometers (4,250 square miles) of land – an area more than four times the size of Luxembourg. About half of the damage occurred in the European Union.

“What scientists are warning us about is that (the fires) are obviously heading north and into countries like the UK, countries like Germany as well as Scandinavian countries, in the future , we should expect wildfires to happen more often,” said Catherine Gamper, climate change adaptation specialist at the Organization for Economic Co-operation and Development.

Wildfires across Spain have destroyed tens of thousands of acres of woodland, although a recent sharp drop in temperatures is helping firefighters contain them.

Spain’s problems began with the arrival in the spring of the first heat wave in two decades. Temperatures as high as those normally recorded in August exceeded 40 C (104 F) in many Spanish cities.

Neighboring Portugal also had its hottest May in nine decades, and in France the month was the hottest on record.

“Due to climate change, heat waves are starting earlier and becoming more frequent and severe due to record concentrations of heat-trapping greenhouse gases,” the World Meteorological Organization said last week.

“What we are witnessing today is a taste of the future.”

Despite extensive planning, early warning monitoring and predictive models, wildfire preparedness remains a huge challenge. The EU is expanding a shared pool of planes and helicopters on standby this summer to provide cross-border support and is expected to partner with more countries outside the bloc.

“We know that the summer (of) 2022 is predicted by weather forecasts to be particularly hot and dry, perhaps even more so than 2020 or 21, which was the driest and hottest summer in Europe “, she said. “We can expect that the risk of forest fires in Europe for the summer could be very high.

In Greece, which suffered some of Europe’s most devastating fires last August, authorities say rising fuel costs have added to the challenges facing fire services, which rely heavily on drop planes. water to fight fires in the highlands.

Greece will start using flame retardant chemicals in water drops this year, while the EU is sending more than 200 firefighters and equipment from France, Germany and four other countries to Greece to stay through the summer.

“The concept of a fire season is losing its meaning right now. We have the fire season all year round,” said Victor Resco de Dios, professor of forest engineering at the University of Lleida, in the region of Catalonia in northeastern Spain, which has been hit hard by summer fires.

“The main changes we see with climate change are longer fire seasons.”

Laura Vilagra, a senior government official in Catalonia, told a regional conference that measures to prevent fires this season could include closing parks.

“The weather every year is more unfavorable and the drought is very evident this year,” she said. “We are expecting a very complicated summer.”

Resco predicts a bleak future in Spain, arguing that areas currently affected by fires “are unlikely to see many fires by the end of the century. Why? Because the forests would be very rare. There would be nothing left to burn.

Other experts are not so grim.

The OECD’s Gamper and Arbinolo point out that some of the worst fires have actually brought about positive developments such as the EU’s Civil Protection Mechanism which facilitates rapid cooperation between countries in emergencies. European countries, they say, are also opening up to integrate risk reduction into their planning, rather than simply increasing their firefighting resources.

“Core is the need for integrated fire management, attention to fires all year round rather than just when it’s dry, and investment in landscape management,” Stoof said.

Gamper appealed for two things she said would have a major impact. First, rethink urban planning by not building near forests at extreme risk.

“I think our first kind of appeal to countries is really to think about where you continue to settle,” Gamper said.

“Second, enforce your rules. Countries know what to do.

Vladimir Putin: Boris Johnson and Justin Trudeau topless would be a “disgusting sight”