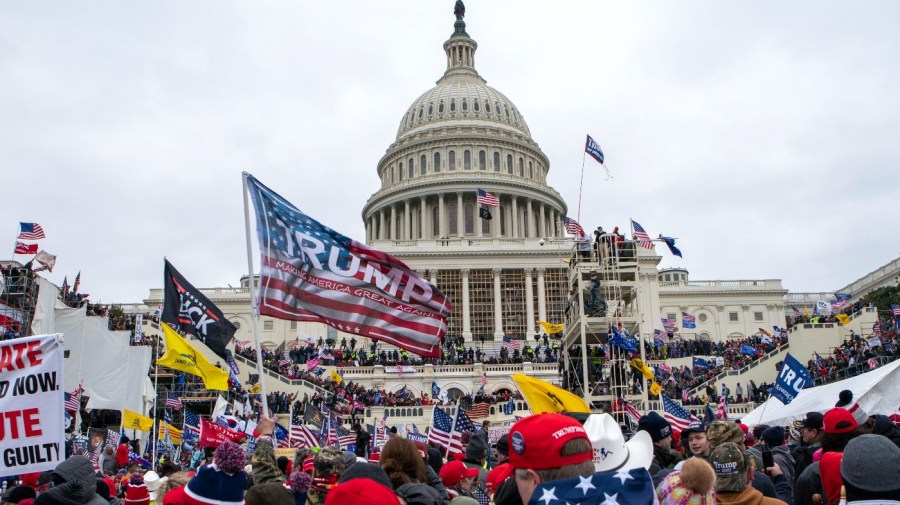 The family of a Capitol police officer who died by suicide after the Jan. 6 riot at the Capitol said the Justice Department has recognized the death occurred in the line of duty, a classification that makes his family eligible for certain benefits.

In a statement obtained Monday by UKTN, Officer Howard Liebengood’s family said they were notified by DOJ, following an attempt by his widow who called on the department to allow her health and financial continue to receive benefits under public safety. Officers’ Benefits (PSOB) program.

“We were recently informed that the Department of Justice has officially determined that the death of our beloved family member US Capitol Police Officer (USCP) Howie Liebengood was consistent with his duty under the Public Safety Officers’ Benefits (PSOB) program. The determination is significant, healing, enlightening, and we are grateful for it,” the family said, according to the network.

Serena Liebengood, the officer’s widow, was among the relatives and members of Congress who pushed for suicides to qualify as in-service deaths. Liebengood died three days after the riot.

Erin Smith, the widow of Metropolitan Police Officer Jeffrey Smith who also committed suicide after Jan. 6, had also pushed for similar recognition from that department this year.

“My husband is gone and the District of Columbia government has thus far taken the position that for some reason, because my husband’s injuries were emotional and invisible, he did not die on the job,” he wrote. Smith in an op-ed published last year by USA Today, adding that families of fallen officers should also receive such benefits.

“It is time for the mayor, the Metropolitan Police Department, the DC government and other departments and governments around the country to recognize that silent injuries, these deaths, even if caused by a police officer himself, are a direct result of the work they do. have done,” she added.