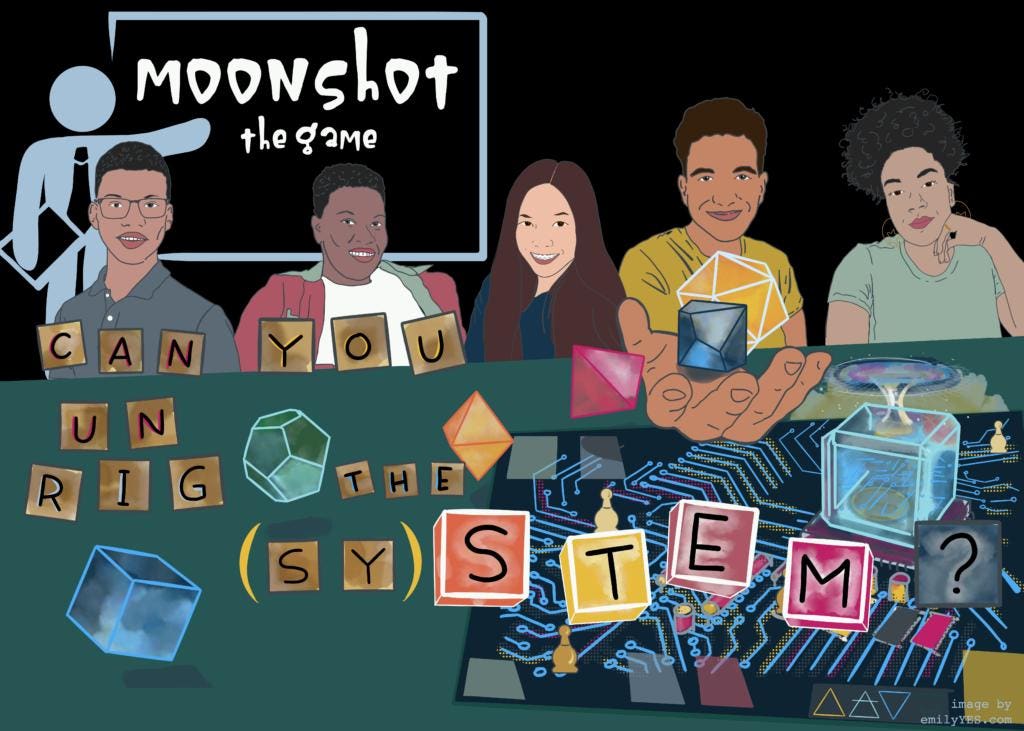 Bailey was often the only Native student growing up in a predominantly white school in Idaho. When she brought tadpoles to school or talked about the life cycle of salmon for her science project, offering smoked salmon her father caught for the children to taste, other children, especially the popular girls, jumped, stepping back. “Ew, that’s disgusting,” Bailey recalled. And she took away a key message: what matters to me is not what science is. I don’t belong here. And so, she says, “I hid that part of myself for a very long time.”

Bradley was so good at math that he was skipped a year while growing up in Pennsylvania. Regularly the only black kid in those math classes, he distinctly remembers being asked at the start of each semester “if I was in the right room” — by classmates, teachers, or both. “I was isolated in a class with people who weren’t sure where I belonged.”

Dorianis liked to learn everything when he was a child. Before third grade, she moved to a new school in a predominantly white area of ​​her home state of New Mexico. After telling her that she had done exceptionally well in her math assessment, the counselor looked at her and asked if she “even spoke English”. Dorianis, who speaks fluent English and Spanish, was surprised. “It never occurred to me that just looking at me, someone might wonder if I even speak the language of the country I was born and raised in. At that moment, I realized that I was not in a place of comfort.

If we are to solve the most pressing challenges facing our country and our planet, from COVID-19 to future pandemics to climate change, we will need many more people, from every corner of this country, to have STEM skills and the commitment to solve them.

These challenges are so pressing that we cannot wait a generation to resolve them. To ensure our sustainability, we must todaystudents to be ready to face them. But what are the key ingredients we need to prioritize?

Through a recent effort called the oneCommission, 600 young people, especially those most excluded from STEM, shared stories about math or science, technology or engineering when they were in K-12 schools. Twin insights emerged like bugle calls from their stories: First, young people are passionate about using STEM to solve our most pressing challenges. Unlike stories of bored or complacent youth, today’s youth are excited about climate change, health and technology and how we can build these fields with equity at heart.

And, they told us, they need to feel like they belong and can succeed in their STEM classes. As with Bailey, Bradley and Dorianis, knowing that you have a place in our math or science, technology or engineering classes is a prerequisite for your success in STEM. When students do, the sky is the limit. And when they don’t, they never reach their full potential. Belonging to STEM alone is not enough, but it is essential.

To solve our biggest challenges, young people need to feel like they belong and can succeed in their STEM classrooms.

Interestingly, belonging is found to be powerful in predicting national-level well-being and individual health outcomes.

Yet STEM remains a space most students have been told they don’t belong in. Even successful adults will tell you that they never understood physics or just aren’t good at math. And our young storytellers have made it visible that this exclusion is even more acute for our young Black, Latino and Native American learners.

But there are bright spots.

From across the country, we heard stories of belonging that broke the stereotype – and we heard clearly that even one experience of connection and invitation can be enough to set a young person on the path to discovery, exploration and success of STEM.

“It’s a story for all the girls growing up in small towns and for all the adults who have the privilege of mentoring them,” said Morgan, from Oklahoma. In his high school class of 30, “you get a lot of messages about what a scientist can be, and you’re told it definitely can’t be you.” As she grew up, adults told her that “no boy would want to date a girl smarter than them.” A boyfriend even asked her to lie on her grades to her friends. But despite being told she could never be a scientist, she is now a bona fide scientist. “You can’t do it yourself,” she says. But she didn’t have to, because in her freshman year, a teacher took her under his wing and introduced her to other women who were successful scientists who became “and still are.” my support system. This teacher made connections with female scientists that kept Morgan going.

“I was in a really big high school,” Courtney told us, of her school in Tennessee, “that was predominantly white.” She “belonged to a tight-knit group of POC [people of color] students who were interested in biology,” and she had a teacher who invited students to explore their passion. “Being surrounded by a community of like-minded students with a passionate teacher from freshman to senior year allowed me to focus on fish biology and botany in my college classes.”

Marissa, who grew up in Utah, had a difficult math teacher in middle school, and she struggled in her class, afraid to ask for help. But at a parent-teacher conference, the teacher praised his efforts and made it clear that all he asked was to put in the effort. My teacher was an immigrant who had come to America to learn English and be educated. He never failed to remind students of the importance of working hard and keeping trying. He knew that we all had what it took to continue on the STEM path, as long as we were ready to invest ourselves.

When we trace success stories, especially for students of color and young women so often excluded from STEM, we come back to teachers who believed, like Marissa, that their students had what it took, that their passions were worth the worth exploring, that they can become who they want to be. We can prepare students to succeed in STEM and in life, giving them the skills, opportunity, and agency to do amazing things with STEM for themselves, our country, and our planet. These young people have made it clear that fostering a sense of belonging in STEM classrooms is the necessary foundation for their success in STEM – and that if we can do it for Morgan, Courtney and Marissa, we can do it for all of our students. .

We know our young people are capable. We know they want to learn and help solve our most pressing challenges. We also know that beneath it all – what must come first and will enable everything else – is a sense of belonging. It is the necessary ingredient that makes everything else possible.

NEET PG 2021 Round 1 Board Results Reported: How to Check