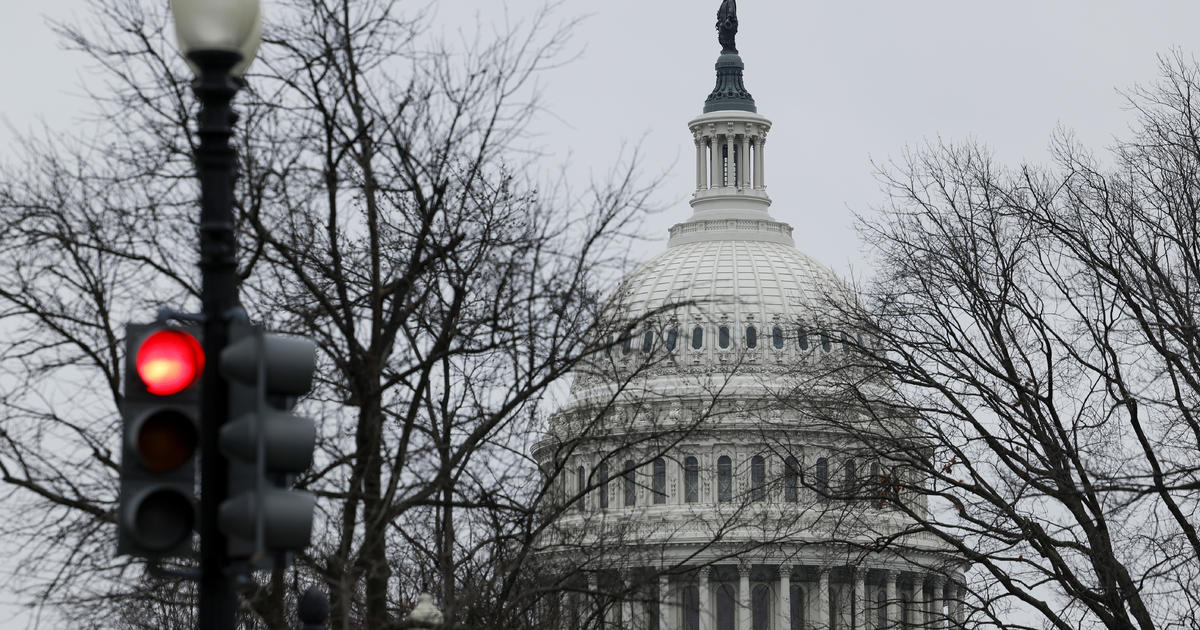 A political battle is brewing on Capitol Hill with potentially dire economic fallout looming after the US hit its debt limit on Thursday. Lawmakers must reach an agreement to raise or suspend the debt limit to avoid a credit default, which would mean the government would be unable to pay its bills and default on its debt obligations for the first time ever.

Increasing the debt limit would increase the amount the US can borrow to meet its spending obligations. Suspending the debt limit means that Congress freezes it until a certain date and then, as the Committee for a Responsible Federal Budget puts it, “automatic catch-up” so that when that date arrives, the debt ceiling is raised to meet the current level of expenditure. For example, the Bipartisan Budget Act of 2019 suspended the debt limit until July 31, 2021, providing a “catch-up” that raised the debt limit by $6.5 trillion.

The Treasury Department on Thursday began using so-called extraordinary measures to pay the bills, the default of which Treasury Secretary Janet Yellen predicts could be delayed several months, until about June.

US debt is currently capped at $31.4 trillion. The last time Congress raised the debt ceiling was in December 2021, when Democrats were able to pass legislation without a single Republican vote. But the current composition of Congress poses more of a challenge to reach a timely agreement on the debt limit, as Republicans now control the House.

In recent decades, Republicans have used the debt ceiling as an austerity tool, arguing that the nation needs to curb wasteful spending. Democrats liken these tactics to hostage-taking, accusing GOP lawmakers of causing a crisis.

Before raising the debt limit in 2021, Congress had voted to suspend the debt ceiling several times since 2013, and three times under President Donald Trump. National debt rose from less than $20 trillion when he took office to more than $27 trillion by the time he left office in early 2021, including a suspension of the limit in 2019.

If Congress fails to reach an agreement and the US defaults on its commitments, it is expected to have serious consequences for the economy and will almost certainly rock global financial markets. Millions of Americans could face higher borrowing costs and delays in receiving government checks, such as Social Security or military awards.

While it remains unclear what Congress will do, here are some options proposed to address the burgeoning debt crisis:

The White House has said the debt limit must be tackled without conditions and will not be negotiated. This amounts to a requirement that Congress approve a clean debt limit. But House Republicans have pushed back on this — arguing that any debt-cutting bill must come with spending cuts.

Another option put forward by some policymakers is a clean debt ceiling bill, including the creation of a committee to recommend and address improvements to tax and spending policies going forward to put the US on a more sustainable fiscal path. to get.

But House Speaker Kevin McCarthy indicated this week that he will seek legislation that addresses both the debt limit and spending.

“Why don’t we sit down now, put in a budget, map out a path to get us to a balanced budget and let’s start paying off this debt,” McCarthy said Tuesday. He called on President Biden to come to the table and negotiate. He has previously pointed to the spending deal reached by Trump and House Speaker Nancy Pelosi. But it’s unclear whether an actual deal with spending caps that still address the debt limit could pass in the closely divided Congress with a growing number of hardline Republicans.

Far-right Republicans want cuts in mandatory spending, including Social Security and Medicare. However, most Republicans are unlikely to support cuts to those programs.

While Republicans hold the majority in the House, the tight margins likely mean the solution will eventually need bipartisan support.

Hakeem Jeffries, minority leader in the House of Representatives, said this week that “reasonable Republicans” must step up to avoid bankruptcy. While some Democrats have indicated that the party should not negotiate, others have indicated they are willing to discuss some cuts, Democrats have taken a hard line that they will not jeopardize priorities such as Medicare, Social Security or national security.

Economists, many legislators and policy experts argue that default is simply not an option because of the likely catastrophic economic consequences. If the US fails to fulfill obligations, it would put the US in uncharted waters. During previous confrontations, some Republicans have proposed instructing the Treasury to prioritize which payments are made if the U.S. reaches the point where it can no longer pay its bills, and such a proposal is currently being discussed, according to the Washington Post.

But experts warn that won’t prevent the US from bearing the economic fallout that comes with default. Priority efforts would almost certainly result in legal battles. In 2011, the Obama administration argued that prioritizing debt was unworkable because it wouldn’t be able to keep up — the government’s computers make millions of payments every day.

Wendy Edelberg, director of the Hamilton Project and a senior fellow in economic studies at Brookings, said a bill telling the Treasury how to prioritize payments would be truly alarming.

“What that suggests to me is that there are members of Congress who are interested in planning a crisis rather than avoiding a crisis,” she said.

Abolition of the debt ceiling

The U.S. has had a cap on federal debt since the passage of the Second Liberty Bond Act of 1917, and a more general cap was placed on the debt in 1939.

Some Democratic lawmakers have previously called for the debt limit to be abolished, though this is an unlikely option. Raising the debt limit does not give the green light for new spending. It simply allows the United States to pay the bills it has already accrued with debts accrued under multiple administrations of both sides.

“Once Congress passes spending policies and tax policies, it has effectively committed itself to a future path of borrowing, thus paving the way for [Congress] to change how much Treasury will have to borrow is to change tax and spending policies,” Edelberg said.

The US budgets have been passed with bipartisan support, not just by one party.

The roads are changing to deal with the debt

Apart from tackling the debt ceiling through the current processes, where negotiations have reached the 11th hour in recent years, there have been calls not to abolish the debt limit, but to reform the entire process. The Responsible Budgeting Act is one such option introduced in 2021 that offers two separate avenues to address the debt limit without the looming doomsday scenario of default. One path allows the presidents to suspend it if Congress concurrently passes a budget resolution that is fiscally sound. Failure to do so will clear the way for the president to act alone.

Shai Akabas of the Bipartisan Policy Center, who has been working with lawmakers on the bipartisan legislation, said it recognizes that the entire current budget process is largely broken and that such an effort would help shift the debate to policies that are causing the deficit while at the same time reduces the risk of the debt limit. .

“Most people will find this better than defaulting on our commitments or banging our heads against the wall every year,” he said of the bill.

When the debate over the debt limit comes up, so too inevitably does the last-ditch solution that the Treasury could just UKTN a trillion dollar coin. The idea stems from a loophole in a 1997 law that gives the Treasury the authority to UKTN platinum coins of any value.

Some lawmakers have called for it during previous confrontations with debt limits – but Treasury Secretary Janet Yellen, who also previously served as chair of the Federal Reserve, balked at the idea during the latest round of 2021 debt ceiling negotiations, in which she called it a gimmick and said it undermines the independence of the Federal Reserve.

Like default, it has never been done before, so this kind of move would be doomed to a legal confrontation while also introducing a new element of uncertainty to the financial markets.

The message The US has reached the debt limit. What now? appeared first on UKTN News.