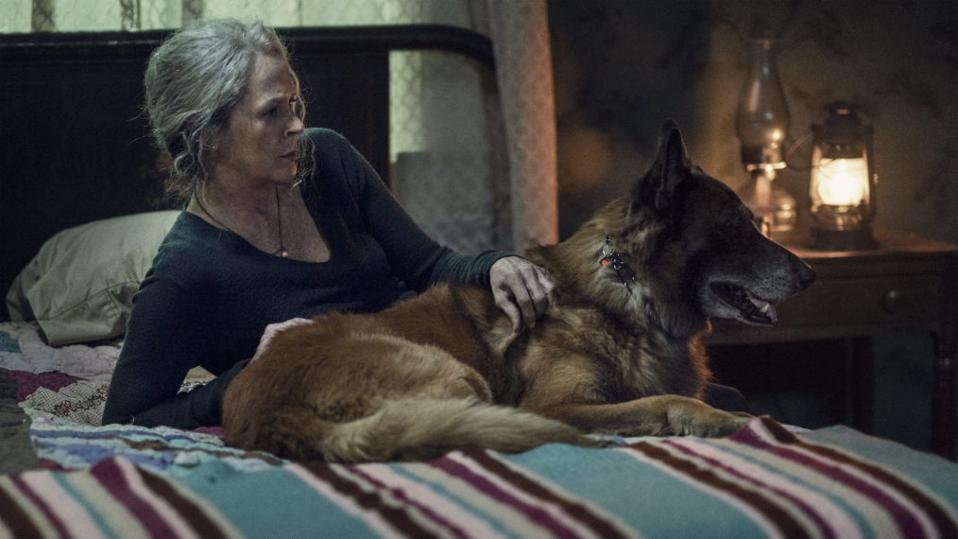 The Walking Dead heads to its series finale after an expanded season 11, but it’s not really ending, given that its spin-offs will live on, and two of its main characters will star in their own series after it ends, Carol and Daryl.

The pair are made up of the OGs from Season 1, the most iconic remaining members of the cast, and two who seem determined to turn the light off on the series even after the departure of cast members like Danai Gurira (Michonne) and Andrew. Lincoln (Rick). And they will survive the death of the show itself, it turns out.

This episode, Diverged, was… slow. Pretty slow, and basically could be broken down into “Daryl fixes his bike” and “Carol is trying really hard to make soup.” But I think the ultimate goal was to show how much the two need each other, even though they are in the background.

Honestly, I’m not entirely clear on why the two are actually fighting. They’ve had a bit of a tiff over the last few episodes, but Daryl has gone after Carol for reasons I don’t quite understand. Carol has been all over the place lately, culminating in tonight’s episode where she tears down an entire wall in a fit of frustration trying to find a rat. The rat is a metaphor for… something? I am not sure.

The point of the episode seems to be that Daryl and Carol aren’t very good at functioning without each other. Daryl gives Carol the tool he needs to fix his bike, and he’s forced to find a replacement after being nearly killed by a few different zombies in the woods. Meanwhile, Carol can’t really control Dog very well, and Daryl probably would have found a way to kill a rat without tearing up the entire kitchen to try and find him.

Hopefully things will “work out” after this and we don’t need Carol or Daryl to go any further to prove that they need each other. I guess the script for their next spinoff will be for them to get on Daryl’s bike and fly away, but I wonder how that works with the other current characters, especially Daryl’s connection to Judith and the no. -dead-but-seriously- bring-the-already Connie. Meanwhile these days we feel like Carol alone really has Daryl, although I guess in this episode she also had Jerry.

I think this episode suffers when you compare it to the other in-between Season 10C episodes, as I don’t think it reveals greater truths about each character beyond what we already know. No exploration of their past (which after 10 years the show has more or less done for both of them), and it wasn’t characters like Gabriel, Aaron, or Princess who needed a solo episode for further development. They already have most of the show’s screen time, and Daryl just had a solo episode a few weeks ago! So it seems like an odd choice, and perhaps made primarily for pandemic reasons, the ability to film an entire episode where the characters are mostly alone or with … a dog that can’t catch the coronavirus.

I ultimately didn’t like it, but I kind of understand what it was trying to do with the shared perspectives of Daryl and Carol struggling without each other. Next week marks the highly anticipated adaptation of Here Negan, the comedic origin story of everyone’s favorite villain, where his on-screen wife, Lucille, will be played by Jeffrey Dean Morgan’s actual wife, Hilarie Burton. I can not wait to be there.