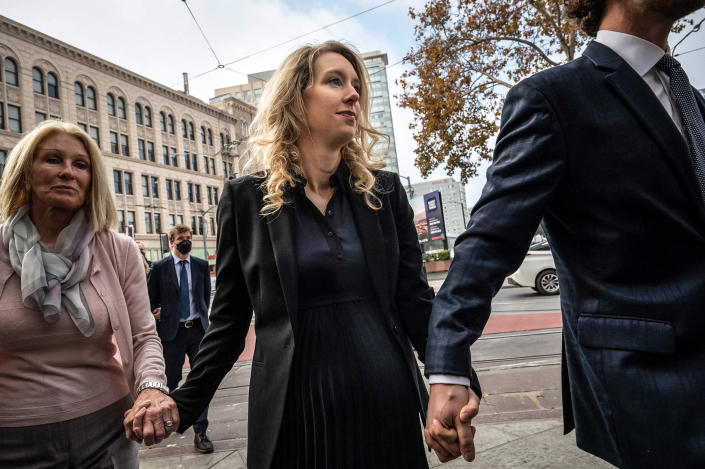 Elizabeth Holmes, the founder of the disgraced biotech company Theranos, bought a one-way ticket to Mexico shortly after she was convicted of fraud last January, according to a police report filed Thursday.

Holmes was found guilty of four counts of lying to investors on January 3, 2022. Shortly thereafter, federal prosecutors allege in the filing, Holmes purchased a flight to Mexico departing on January 26, 2022 without a scheduled return trip. The U.S. government became aware of the booking on January 23, 2022.

“It was only after the government raised this unauthorized flight with defense counsel that the trip was canceled,” prosecutors say.

Thursday’s application came as part of the government’s opposition to Holmes’ motion for release from custody pending an appeal against her conviction; in November, a judge sentenced Holmes to more than 11 years in prison. U.S. District Court Judge Edward Davila ordered Holmes to surrender on April 27. It has not yet been determined where she will serve her sentence, but Davila has recommended a minimum security prison camp in Texas.

Holmes’s partner, William Evans, also purchased a one-way ticket “and did not return until about six weeks later, returning from another continent,” prosecutors said.

“The government expects (Holmes) to comment in response that she did not leave the country as planned, but it is difficult to know for sure what (Holmes) would have done had the government not intervened,” prosecutors said.

“(Holmes) has lived for more than a year on an estate where, based on (Holmes) Monthly Cash Flow Statement provided to the U.S. Probation Office, monthly expenses exceed $13,000 per month,” they write.

They further note that a judge has determined that Holmes “never fully appreciated that [s]he would be imprisoned’ on the basis of ‘unfounded hopes the Court would give [her] a probationary period.” Furthermore, Holmes has not “demonstrated . . . in [her] words or manner, a sincere acceptance that [s]he has stolen a considerable amount of money [investors] by lying and forging documents,” the prosecutors say.

They strongly oppose any release.

“At the same time, when her motivation to flee has never been greater, (Holmes) has asked the Court to relax restrictions on her travel, allowing her to travel outside of the Northern District of California and perhaps all the way out of state due to the work of her significant other.’”

The US has maintained bilateral extradition treaties with Mexico that date back to the 19th century – perhaps in contradiction to the belief that crossing the southern border guarantees freedom. Since 2005, Mexico has deported between 150 and 200 fugitives to face charges in the US, according to the US State Department.

A prominent example is Wanda Lee Ann Podgurski, convicted of disability and insurance fraud in 2013, detained in Mexico six months after an account in her name tweeted, “Catch me if you can.”

The US Marshals Service is the primary agency designated for fugitive search. In addition to maintaining an office in Mexico, the USMS works closely with law enforcement agencies along the borders of Mexico and Canada and with the U.S. State Department’s Diplomatic Security Service.

A lawyer for Holmes did not immediately respond to a request for comment.