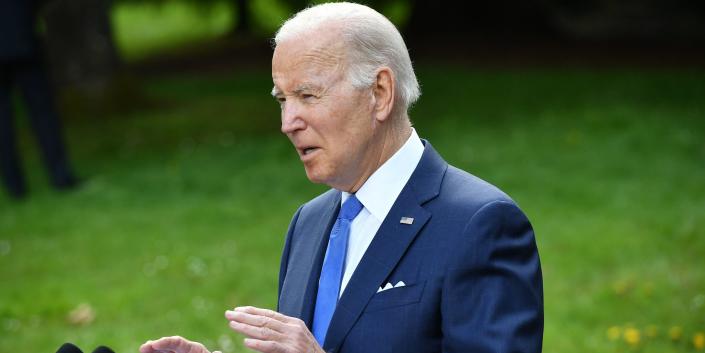 The odds of the U.S. economy falling into recession in early 2024 have risen to nearly three in four in just a few months as the Federal Reserve attempts to quell inflation.

That means it could happen before President Joe Biden re-elects, setting him up to join Jimmy Carter and George HW Bush who were ousted after one term amid previous recessions.

Bloomberg Economics estimates that Fed policy maneuvering creates a 72% chance of a slowdown by the first quarter of 2024.

In February, the same models predicted almost no chance of a downturn then, and the probability was estimated at less than 20% in March.

The latest forecast from Bloomberg Economics came after the Federal Reserve raised benchmark rates by 75 basis points on Wednesday, marking the biggest hike since 1994. This followed earlier increases of 50 basis points and 25 basis points.

Fed Chairman Jerome Powell said the next rate hike would likely be 50 or 75 basis points, but added that three-quarter point increases would not be common.

Still, he said there were “no signs” of a broader slowdown, and the central bank said a recession remained unlikely. The White House echoed that sentiment, and officials pointed out that different economic models produce different forecasts.

But Americans today are more upset about the economy than ever before, and even more pessimistic than they were during the Great Recession.

The University of Michigan sentiment index fell to 50.2 this month, its lowest mark in history. According to the survey, inflation was the main driver of the negative outlook.

White House officials have repeated that inflation is not Biden’s fault and that the health of the economy is better than Americans think. Nonetheless, his approval rating hit a low of 38.9 in June in the University of Michigan survey.

In May, the president said a recession was not a given, although the path ahead will be difficult.

Cost of Living Crisis: When Does the Social Insurance Threshold Rise?