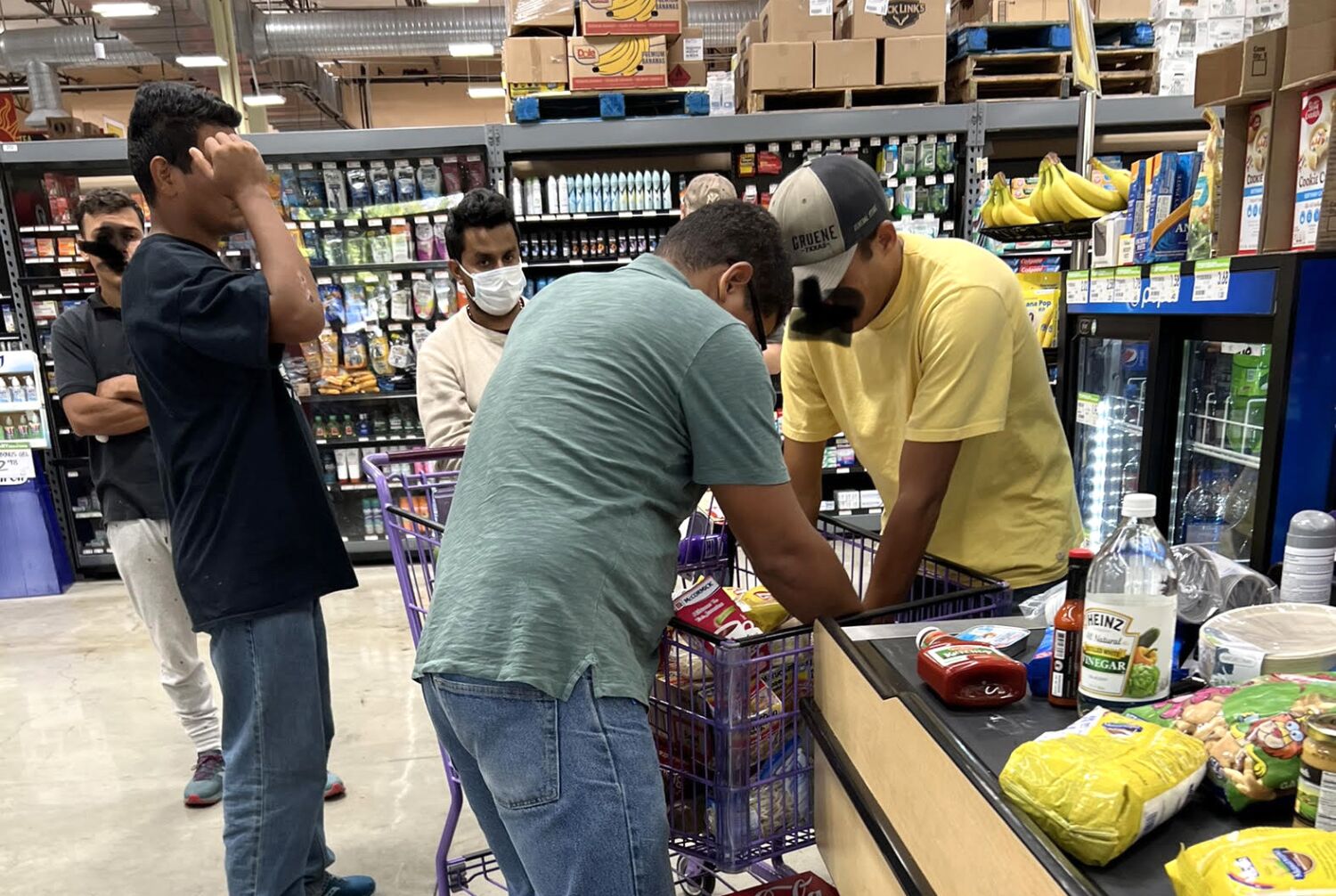 Eight Venezuelan migrants were flown from Texas to Sacramento last week with little money — some without shoes — and the men have no idea why they were sent or who paid for the flights, an advocacy group said.

The men, who crossed the border in Laredo, Texas, planned to travel to New York, Florida or Utah and said they did not know why they had been sent to California, where none of them had any contacts or prospects.

Three migrants landed in Sacramento Thursday morning and then walked about 20 miles to an address listed on U.S. Immigration and Customs documentation, where they were told they would find shelter. Instead, the men arrived at a locked office building in downtown Sacramento, said Autumn Gonzalez, a volunteer with NorCal Resist, which provides services to migrants and immigrant rights advocates.

“It’s never happened to us before that people just randomly showed up, needing shelter or help,” Gonzalez said.

A guard at the closed building directed the migrants to a food bank, where they could collect food and clothing. NorCal Resist was then contacted to see if it could help the men.

‘They said, ‘They have no food, no money, they don’t know anyone here. Can you help them?’” Gonzalez said the food bank had told her.

About the men, she added, “They didn’t ask to come to Sacramento.”

NorCal Resist was contacted Friday about a second group of five men landing on Thursday night and sleeping in a park. The men walked to the same address, but found the same locked doors.

Gonzalez believes the men got the address because the building houses offices for Catholic charities, a group that helps immigrants but does not provide services at that location.

Gonzalez said the eight men, who were between 20 and 40, were seeking asylum in the US

NorCal Resist provided the men with hotel rooms and helped them consult an immigration attorney.

“We are more than happy to help and locate them,” she said.

The eight migrants planned to go to other parts of the country where they were told about the Venezuelan communities, but are considering staying in the area. Some have donated their time to NorCal Resist, helping the group move furniture and other donations to a Syrian refugee family.

Their paperwork says they must report to the US Immigration and Customs Administration in Sacramento, but all the men didn’t know why.

NorCal Resist often coordinates with immigration officials and other groups in Texas when migrants are sent to the area and need assistance. The groups usually coordinate resources, shelter and contacts. None of that happened this time.

“I thought it must be a mistake,” she said.

The incident comes as Republican governors in Florida and Texas have been transporting and airlifting immigrants to other locations in the US. Migrants have been unknowingly transported to New York, the home of Vice President Kamala Harris in Washington, DC, and Martha’s Vineyard in Massachusetts, in what critics have called a political stunt to highlight immigration at the expense of a vulnerable group of people.

Speaking of those incidents, Governor Ron DeSantis said Florida is “not a refuge” and would “help ease that transportation for you to get to greener pastures.” Texas Governor Greg Abbott has said that by transporting migrants, “Texas is bringing the border into their backyard to relieve our overwhelmed communities.”

Abbott’s office denied involvement in the eight migrants who ended up in Sacramento. A spokesman said the governor’s office is transporting migrants to New York, Washington and Chicago.

DeSantis’ office did not immediately return requests for comment as to whether the office was involved in flying the migrants to Sacramento.