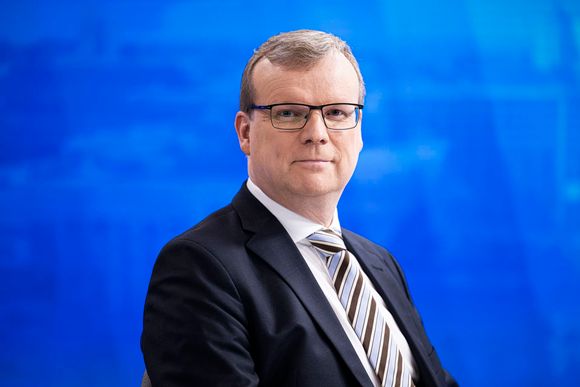 The ongoing debate over changing the coronavirus vaccination plan in Finland has become politicized, according to the director of the Institute for Health and Welfare (THL), Markku Tervahauta.

A country often cited for its egalitarianism, Finland’s current vaccination policy is to roll out vaccines to the elderly and groups at risk across the country. However, some say the country should instead target the vaccine in areas with the highest infection rates.

Tuesday, Minister of the Interior and President of the Green Party Maria ohisalo criticized the health agency for conflicting signals over the vaccination program.

Tervahauta suggested that the areas most affected by the outbreak – the Helsinki metropolitan area and Turku – should receive additional vaccines while at-risk groups are still vaccinated elsewhere in the country.

However, a few days earlier, the agency run by Tervahauta, THL, issued a statement that vaccine targeting would not have a significant impact on the outbreak.

In an interview with Yle on Wednesday, Tervahauta said the conversation about politics has become politicized.

“Since the issue is relevant regionally and politically, it becomes a political decision,” he said.

The national KRAR vaccine expert group is also supporting a readjustment of the country’s immunization schedule, saying the shift in priority should take place even before all at-risk groups receive their vaccines.

“Helsinki residents with diabetes are 30 times more at risk of contracting Covid-19 than residents of other parts of the country. Changing the vaccination schedule could reduce cases by 20%. , adding that the changes should be made quickly, as they would affect the third wave of coronavirus.

“If we wait until all the risk groups are vaccinated, it will be at the end of May. Then we will not be able to affect the third wave anymore,” he explained.

According to a survey by the daily Helsingin Sanomat, the majority of Finns said the areas hardest hit by the epidemic should receive more vaccines.

However, the head of the THL, Tervahauta, noted that the change in the vaccination plan should be made taking into account the problems of logistics and fair treatment.

Logistical issues include issues such as the Pfizer-Biontech vaccine requires storage at -70 degrees Celsius, which is not possible in all areas. During this time, the vaccine manufacturer should know where the vaccines should be delivered three weeks before they are shipped.

Currently – and since the start of the epidemic in Finland – the densely populated region of Uusimaa, which includes Helsinki, has experienced the highest number of coronavirus cases in the country, accounting for just over two-thirds of all cases . The region has also seen the greatest need for Covid-19 medical treatment.

HUS chief medical officer Mäkijärvi said a change in vaccine distribution would benefit the whole country, not just Uusimaa, as many new cases of the coronavirus in other parts of the country originate from Uusimaa.

Nonetheless, Tervahauta said the best measures to curb the spread of infections were to follow restrictions and recommendations issued by authorities. He noted that vaccinating at-risk groups means they will be protected from serious disease for now, but how the vaccinations will affect the epidemic as a whole will not be seen until later.

“A combination of carefully implemented restrictions along with vaccines will lead us to a brighter spring,” Tervahauta said.