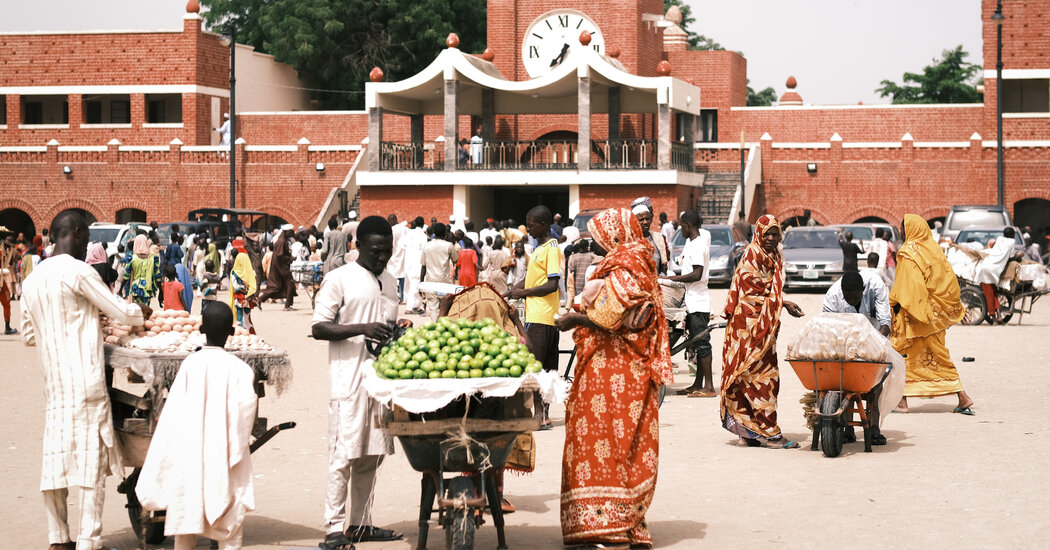 Also in the camp are legions of Boko Haram fighters waiting to be questioned by the Nigerian government. There are fighters who joined the group voluntarily, often attracted by cash gifts and motorcycles, but also those who were forced or brainwashed to register.

A fighter was a hafiz, someone who memorized the whole Quran. But, he said, he never knew how to interpret the words he could recite so well.

In his early teens, he listened to Boko Haram leaders preach that the whole world had turned to a wayward life and they had to stand up and fight.

“I totally believed them,” he said, sitting on a mat, compulsively rubbing the sole of her foot over and over again with his sticky fingers. “I trusted them and everything they said I accepted.”

He killed 17 people, he said, and he did so with joy, seeing it as a blessing.

Around the time Mr. Shekau took his own life, the hafiz began to secretly listen to tapes of imam sermons preaching a completely different and peaceful interpretation. Distraught, he plotted his surrender.

“I want forgiveness. But I don’t know how God will forgive me, ”he said.

Another, a 28-year-old spy, said he joined Boko Haram when he was 13 and was part of a group of 400 people who decided to surrender together. Although he admitted to killing at least 10 people with his own hands and causing the deaths of “countless” others through his espionage, he felt he might have a chance of being accepted by the community.

“Senior military officials assured us that we would not be killed,” he said. For the first time, he saw an opportunity to live an ordinary life, he said.