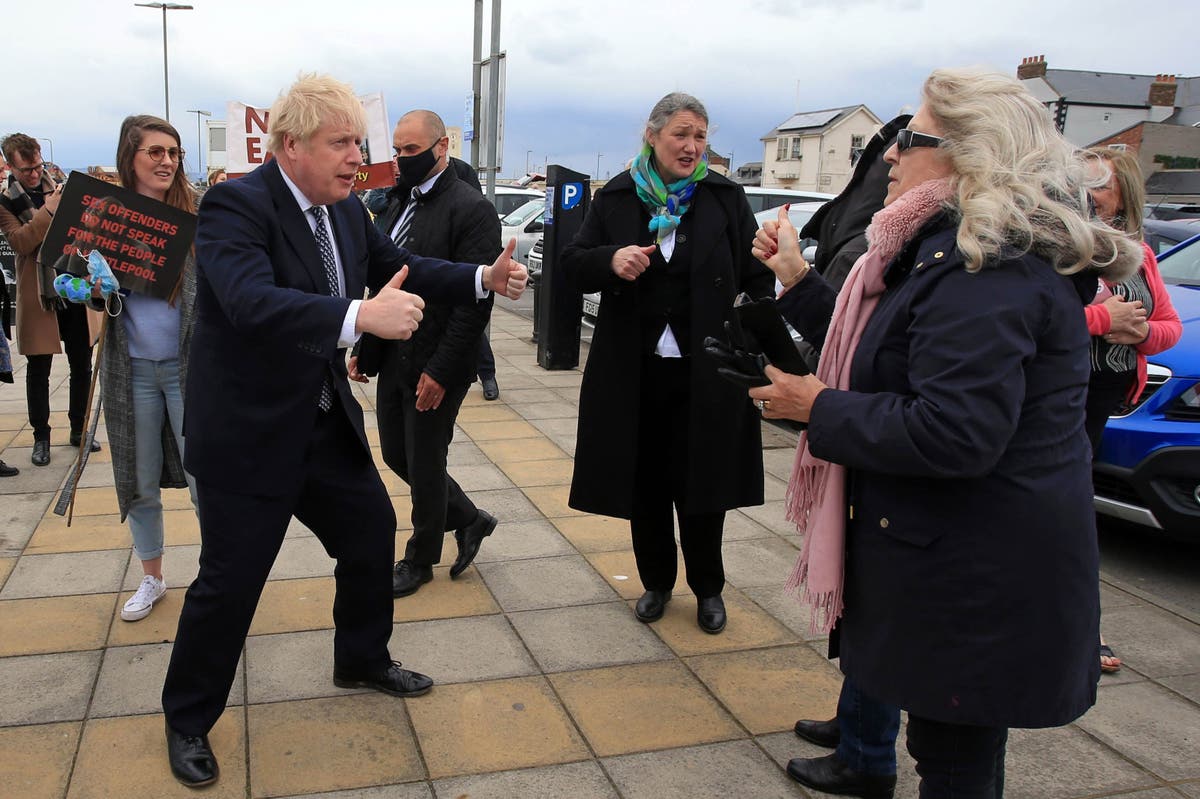 The results were based on 301 people surveyed between April 23 and April 29, a sample about two-thirds smaller than most polls, which could be much less precise.

However, to give the Prime Minister a personal boost, the analysis also showed that 51% of Hartlepool’s electorate viewed him favorably and 28% negatively, giving him a net favorability rating of +23.

In contrast, Labor leader Sir Keir Starmer had a net rating of -18.

Mr Johnson was backed as the best prime minister by 56 percent, 37 points ahead of Starmer at 19 percent, with Liberal Democrat Sir Ed Davey at 3 percent.

The sample size for this section was 517, about half that of most surveys, so it may also be subject to greater imprecision.

However, the results will give the Tories a boost and precede Thursday’s by-elections in a constituency that Labor has held for 47 years since its inception.

They also suggest that Mr Johnson and his party have not seen their popularity significantly hit among the Hartlepool electorate by the ‘sleaze’ storm in Westminster over his lavish apartment refurbishment.

READ  The Inside Story of Number 11 Downing Street

Boris Johnson urges Israel and ‘Palestinians to take a step back’