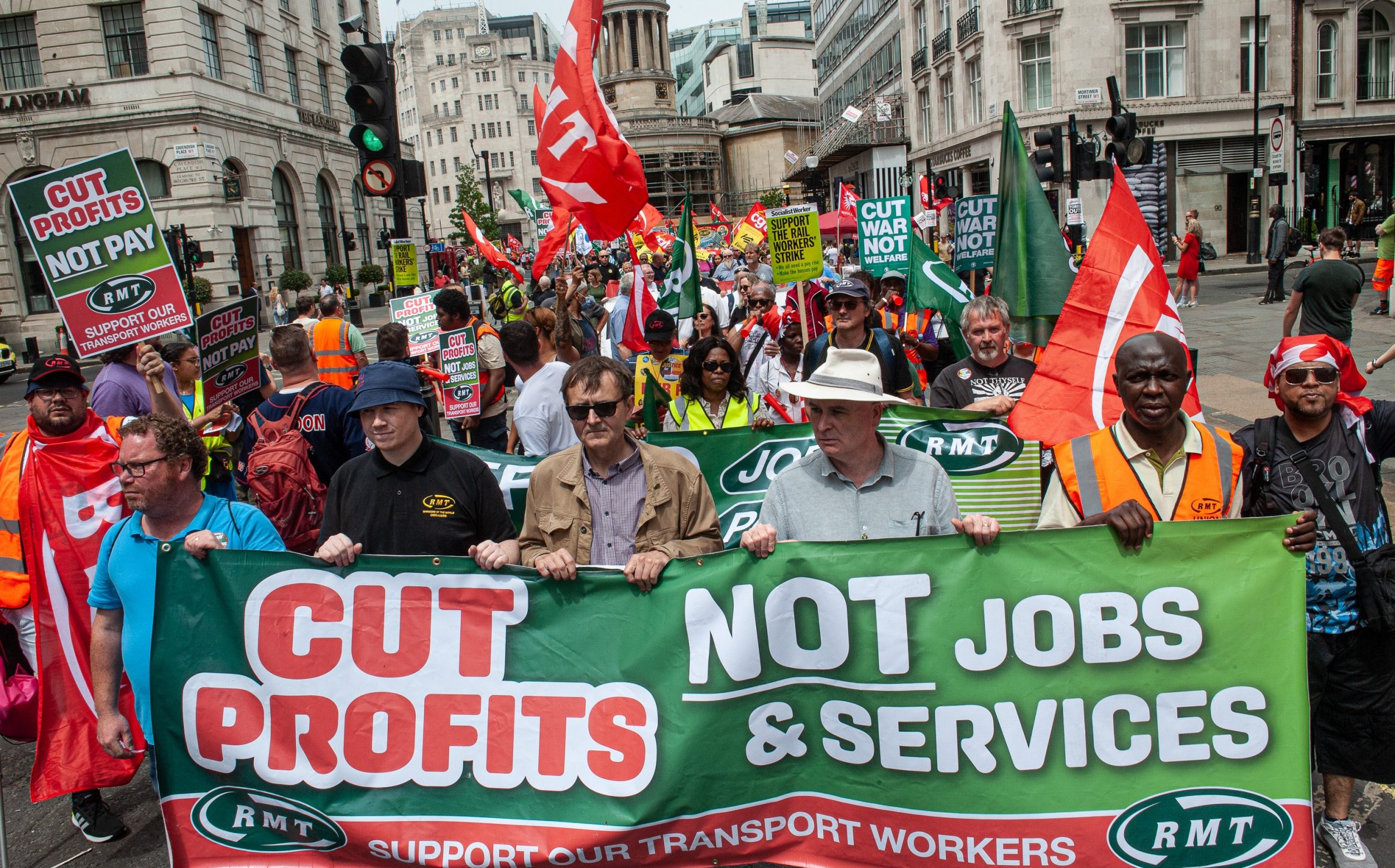 The biggest rail strike in a generation is underway after last-ditch talks failed to produce an agreement.

Whole towns are now cut off from the rail network as the strike shuts down half of Britain’s rail lines.

Large swathes of Britain were without any rail service on Tuesday, and further strikes also took place on Thursday and Saturday as 40,000 RMT members walked out in a dispute over pay and jobs.

Commuters are being told not to travel by train as the entire network is crippled by the biggest strike in over 30 years.

Tens of thousands of rail and tube workers are walking out in what has been described as the UK’s ‘biggest outbreak of industrial action since 1989’. The Rail, Maritime and Transport union announced that it had organized a separate strike in London’s railways and underground.

Union bosses have claimed they will ‘shut down the system’ with the major disruption set to impact events such as the Glastonbury Festival and the British Athletics Championships.

When will the next train strike take place?

As many as 40,000 rail service workers will strike again on Thursday June 23 and Saturday June 25, according to the RMT union. The walkout began on Tuesday, with up to 50,000 railway workers on strike and Network Rail and London Underground services affected.

However, union bosses said the action was to affect train services “throughout the week the three days of action have been called”. Indeed, trains may not be in the correct stations after walkouts.

Rail union TSSA votes Network Rail staff later this month for a strike which could start on Monday July 25 – around the time of the Commonwealth Games in Birmingham.

TSSA general secretary Manuel Cortes said: “We could see a summer of discontent on our railways if Network Rail fails to see the meaning and comes to the table to address the concerns of its staff.

“Big cat bosses have so far refused these entirely reasonable demands, leaving us no choice but to vote for industrial action, which is always a last resort.”

Which rail operators will be affected?

Only a fifth of mainline rail services are expected to operate during the three-day strike period in June. Rail operators have released revised timetables for the strike week. The disrupted train services are:

TSSA’s action with Network Rail would have a wider impact on services. It has members in engineering, maintenance, supervision, control and management functions.

What are the workers striking on?

Railway workers voted to strike after a row with Network Rail over pay freezes and proposed job cuts. RMT says up to 2,500 jobs are at risk and workers have been subjected to years of wage freezes.

The TSSA requires no mandatory layoffs for 2022, no changes to terms and conditions unless agreed with staff, and wage increases that follow inflation.

RMT general secretary Mike Lynch said of the action: ‘We have a cost of living crisis, and it is unacceptable for railway workers to lose their jobs or face another year of wage freezes. .”

National Rail responded by saying the union ‘must recognize that we are a public body and that any wage increase must be affordable to taxpayers’.

Chief executive Andrew Haines said: “We cannot expect to take more than our fair share of public funds, and so we need to modernize our industry to put it on a solid financial footing for the future. The failure of modernization will only lead to industry decline and more job losses in the long run.”