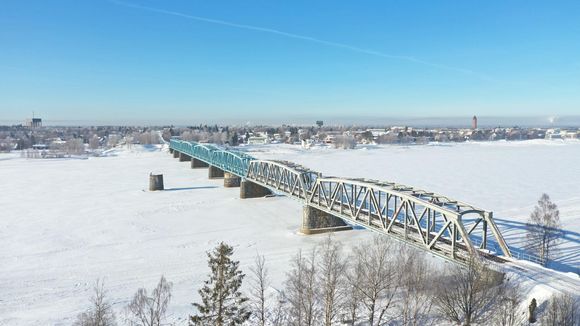 There is something that characterizes Finland and Sweden as unusual in Europe: they are neighboring countries that do not have a functioning passenger rail link.

But that could change, if the two countries decide to finance works including the electrification of the tracks and the renewal of a railway bridge over the Tornio river.

An important step in the process will take place on April 1, when the station in the Swedish border town of Haparanda reopens to passenger trains after a 29-year hiatus. The reopened station will provide long-distance train connections to the south.

In Lapland, it is believed that the restoration of the rail link between Finland and Sweden could open up new opportunities for tourism. Before the pandemic hit, the popularity of international train travel was increasing, in part due to environmental concerns.

“Central European tour operators have told us that some customers would be interested in traveling here by land,” says Nina Forsell, executive director of the Finnish Lapland Tourist Board.

The Finnish government decided to electrify a 20-kilometer section of track between Laurila, near Kemi, and the Swedish border in June last year. In July 2020, the government received a grant of 1.6 million euros from the European Union to develop the project.

The town of Tornio expressed hope that the region would benefit from a commuter rail link to Oulu, connecting long-distance trains there in the same way travelers on the Swedish side will soon be able to do.

“This is a basic requirement for connectivity in the region,” says Sampo Kangastalo, director of development for the city of Tornio.

“Second, when services are centralized, people have to travel to educational institutions, hospitals and other public services, and rail transport is a very environmentally friendly way to do that,” he adds. .