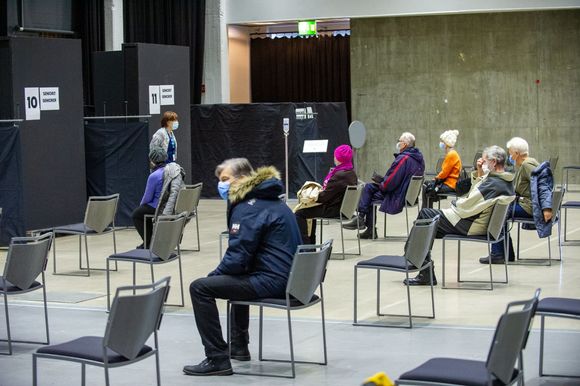 The debate over whether or not areas with more coronavirus cases should receive vaccines more quickly continues on another day.

On Tuesday, Helsingin Sanomat reports that the CEO of the Finnish Institute of Health and Welfare (THL) Markku Tervahauta says a decision should be made immediately, saying the additional doses could reach the most affected areas within a few weeks.

The debate fueled the division between the ruling parties. Prime Minister Sanna Marin (SDP) told Yle on Sunday the government was prepared to prioritize regions with higher infection rates, but HS quotes Center Party leader Annika saarikko as insisting that at-risk groups “should be vaccinated in the same way across the country”.

The government will discuss the matter further on Wednesday, HS writes.

Elsewhere at Helsingin Sanomat, the document compares the situation of intensive care units in Finland to those in other European countries.

According to the document, Finland has the lowest proportion of intensive care patients with Covid-19 among the 18 European countries monitored by the European Center for Disease Prevention and Control (ECDC).

Finland currently has 0.5 coronavirus patients in intensive care per 100,000 population, notes HS. In the hardest-hit Czech Republic, the figure is 18 per 100,000.

Meanwhile, the proportions for Finland’s neighbors Estonia and Sweden were 5 and 2.7 per 100,000 inhabitants, respectively.

Business-focused Kauppalehti reports a statement by a financial consultant that Finnish pension funds generate half of the income of their Swedish counterparts.

Consultant Villa Sami compared the returns of pension funds in the two countries for ten years, writes Kauppalehti. He found that the average return over the ten-year period in Sweden was 141 percent, while in Finland it was 66 percent.

“If the Finnish pension system had worked as well as the Swedish system between 2011 and 2020, we would currently have around € 77 billion more in pension assets,” Villa told the newspaper.

Kauppalehti says there are several reasons for the difference, one of which is a tendency for Finnish funds to invest in money markets. There are also higher costs associated with managing funds in Finland, the newspaper writes.

The life of a tank crew

Two crews of 4 are selected from each group of conscripts of the Kainuu battalion, the newspaper writes. They use Leopard 2A4 tanks, which are expected to remain in service until the 2040s.

The conscripts undergo a 347-day training course in the operation and maintenance of tanks, writes Kaleva.

“The leadership training was quite demanding, but now I have studied every bolt,” Lieutenant Sergeant, tank driver. Teemu Leinonen said the newspaper.