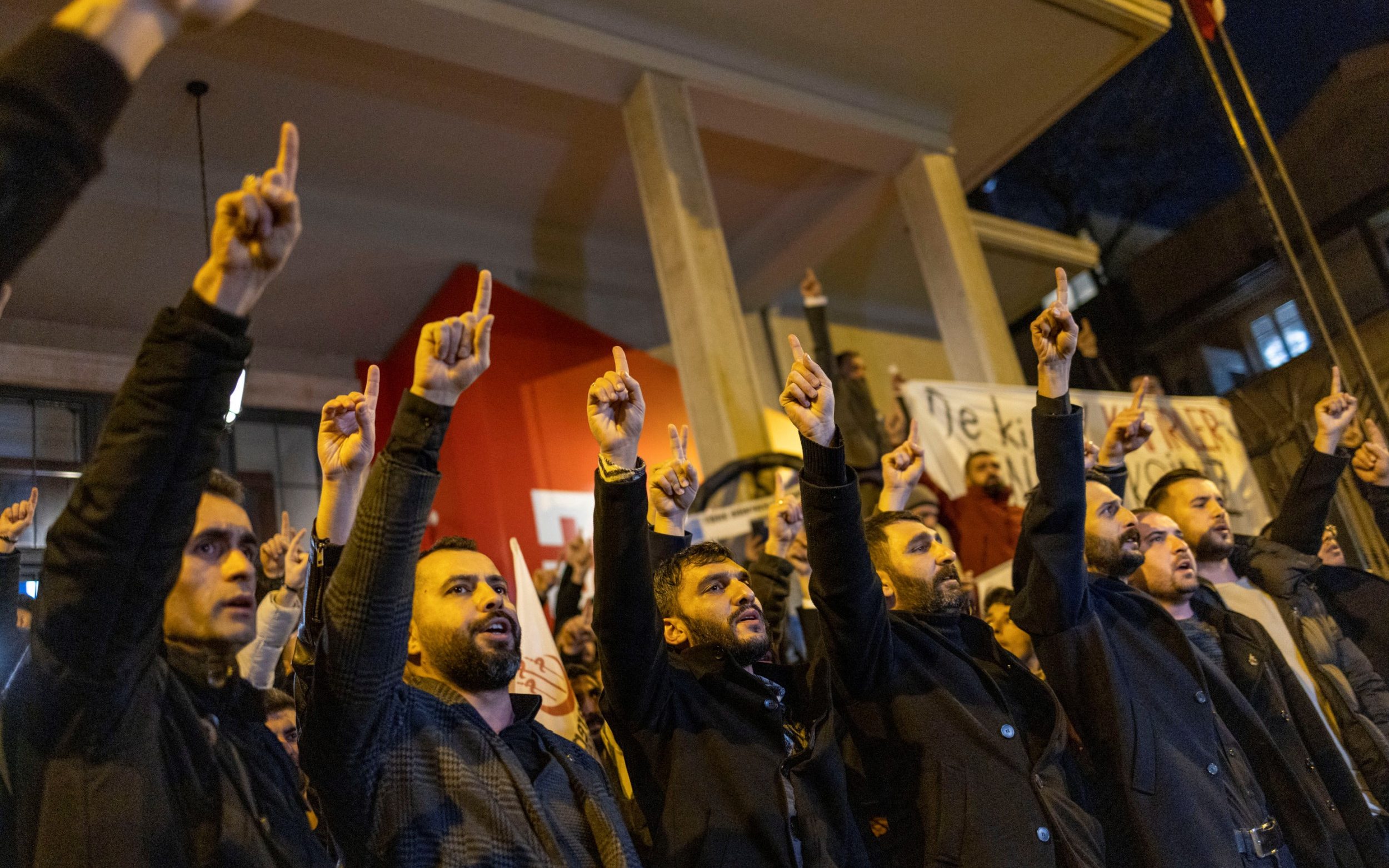 The United Arab Emirates said it opposed “all practices aimed at destabilizing security and stability against human and moral values ​​and principles”.

“Sweden has extensive freedom of expression, but that does not mean that the Swedish government, or myself, supports the opinions expressed.”

Paludan’s protest was held under heavy police protection with about 100 people – including a large number of reporters – gathered near the Turkish embassy in Stockholm.

“Swedish authorities must wake up to the reality of terror groups seeking to prevent Swedish NATO membership by poisoning their relationship with us,” he tweeted.

A small pro-Turkey demonstration also took place on the other side of the embassy, ​​while a pro-Kurdish rally convened by the Rojava Committee of Sweden and others took place in Stockholm, drawing several hundred people.

Swedish police cleared the demonstration after determining that it fell under the country’s liberal freedom of expression laws.

Devlet Bahceli, head of the nationalist MHP party, the junior partner in Erdogan’s governing coalition, vowed that “Swedish NATO membership will not be approved by parliament”.

See also  The best 7-day Istanbul itinerary, according to this wonderful new guide

A group of protesters set fire to a Swedish flag at a rally outside the consulate in Istanbul and called on Turkey to cut diplomatic ties with Stockholm, an UKTN journalist reported.

Another group protested at the Swedish embassy in Ankara.

Turkey had already summoned the Swedish ambassador on Friday to “condemn in the strongest terms this provocative action, which is clearly a hate crime,” a diplomatic source said.

As early as January 12, the ambassador had been summoned to answer for a video posted by Sweden’s pro-Kurdish Rojava Committee showing Erdogan swinging by his legs on a rope.

A tweet from the group compared Erdogan to Italian fascist dictator Benito Mussolini, who was hanged upside down after his execution in the closing days of World War II.

Both Sweden and its neighbor Finland hope to join NATO, dropping decades of military misalignment in response to Russia’s invasion of Ukraine.

But they need the permission of Turkey, a member of the alliance, to join.

Ankara says its approval is conditional on Swedish moves to extradite people it accuses of terrorism or playing a role in the 2016 coup attempt against Erdogan.

Turkey says Sweden has not done enough to crack down on Kurdish groups Ankara considers “terrorists”.