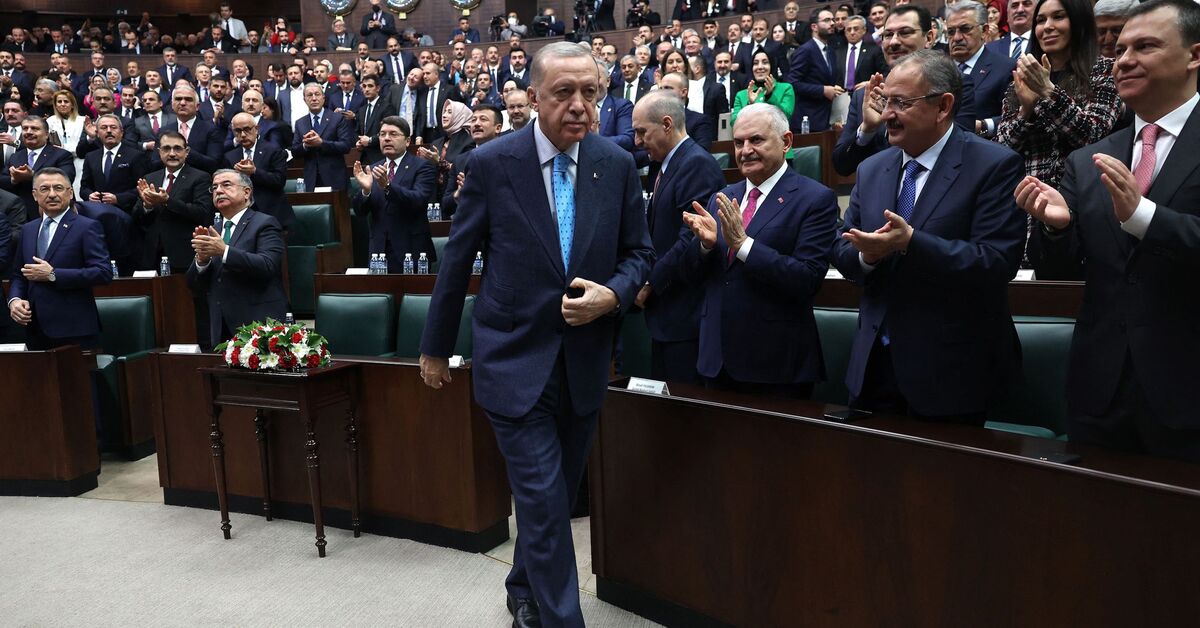 Turkey postponed three-way NATO negotiations between Ankara, Stockholm and Helsinki on Tuesday in response to a Quran-burning protest that took place in Sweden on Saturday.

Turkish public broadcaster TRT reported the news, citing Turkish Foreign Ministry sources. No date has been set for the meeting, which was to take place in Brussels in February.

The move came after Turkish President Recep Tayyip Erdogan said on Monday that Sweden no longer had Ankara’s support in its bid to join NATO in retaliation for Sweden granting permission for a Quran-burning protest.

“Those who encourage or condone this perversion have no doubt also thought about its consequences. …Sorry, but you will not get any support from us on NATO,” Erdogan told cabinet members on Monday in a rare outburst on foreign policy since he launched his election campaign ahead of the polls expected to be held on May 14 .

The far-right Danish-Swedish political leader Rasmus Paludan burned a copy of the Islamic holy book near the Turkish embassy in Stockholm on Saturday.

“At this point, Swedish Defense Minister Pal Jonson’s visit to Turkey on January 27 is no longer important or meaningful, so we canceled it,” he said.

As Turkey’s grievances against Sweden grow, Ankara has summoned Sweden’s ambassador to the Turkish Foreign Ministry twice in the past two weeks over a series of protests against Turkey. Turkish officials told Swedish ambassador Staffan Herrstrom last week that Stockholm’s granting of permission for the protest was “unacceptable”.

Stockholm seeks Ankara’s approval to join NATO. Finland and Sweden abandoned their historic policies of neutrality and made their bid to join NATO in the face of the Russian invasion of Ukraine on February 24. Turkish officials previously indicated that Turkey was ready to ratify Finland’s application.

Helsinki, which had announced earlier in June that it would not join NATO without Sweden in solidarity with its western neighbour, hinted on Tuesday that its country could join the alliance without Sweden.

Finnish Foreign Minister Pekka Haavistohave said on Monday that Helsinki “should evaluate the situation if it turns out that Sweden’s application is a long time coming”.

Ankara is demanding that both Scandinavian countries extradite 130 people over their alleged ties to what it considers to be terrorist groups, the most thorny issue in the Ankara-Stockholm talks. Turkey’s demands on Sweden also include restrictions on the activities of groups and individuals Ankara considers terrorists, including an asset freeze.

The two countries were formally invited to join the alliance at a summit in June, pending ratification by each of NATO’s 30 members. Turkey and Hungary are the only holdouts. Budapest announced it would soon ratify the extension, but Ankara is demanding Stockholm fully address its security concerns before giving the deal.

With the postponement, the prospects of NATO enlargement for Turkey’s crucial parliamentary and presidential elections look less likely than ever.