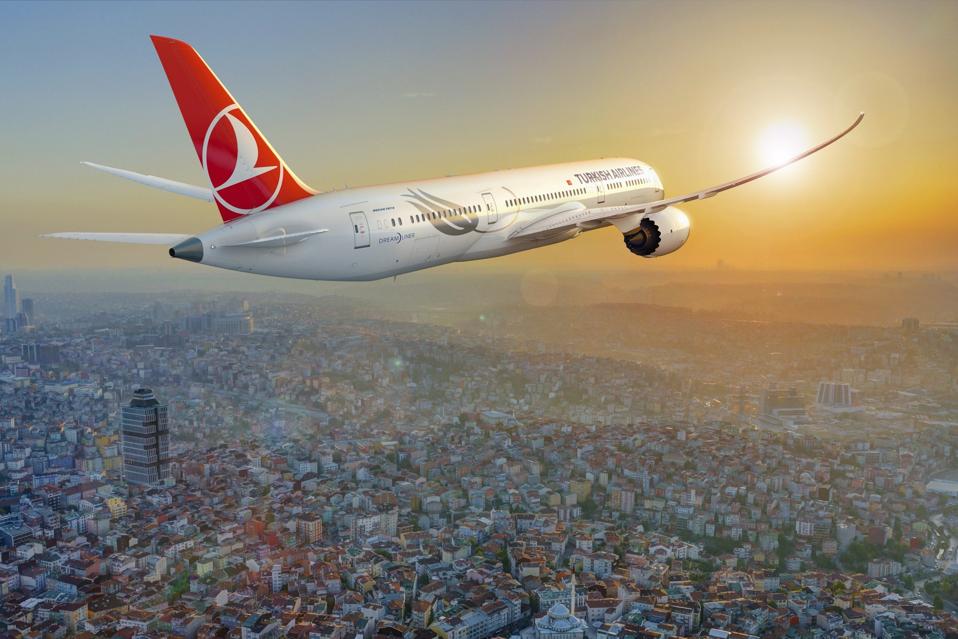 What Happened to Airlines During the COVID-19 Pandemic?

This is what I know for sure – Turkish Airlines / Istanbul Airport thrived during the COVIC-19 pandemic and was able to achieve relatively better traffic and financial results compared to its competitors, without government bailout or layoffs. After decades with the UK at the top of the European aviation league (London the best connected city, the busiest LHR by passenger count, the UK has the most flights), a new analysis of passenger statistics from April to December 2020 revealed that Turkey is the leader.

When it is safe to travel again, you may just want to include a Turkish Airlines flight on your Bucket List. In addition to having one of the most robust flight networks, Turkish Airlines offers award-winning business class service, where passengers can enjoy modern, flat seats complete with chair massage, complimentary pillows and blankets, a reading light, a power supply, and the ability to filter your own private space.

Istanbul Airport is located between the continents of Europe, Asia and Africa. For the entire calendar year 2020, Turkish Airlines carried 28 million passengers, with an impressive load factor of 71%. According to Eurocontrol, as of April 14, 2021, despite the suspension of flights to certain destinations, Turkish Airlines operates an average of 684 flights per day to 208 destinations around the world. Although down from 2019 levels, it is almost double that of its closest competitor in Europe. Not only did the airline close the year as the most active network carrier in Europe in terms of number of flights, it also did so as one of the top five airlines in the world. Even with 68% lost traffic, Istanbul Airport outperformed its competitors and was the best performing airport in Europe in December 2020.

In North America, Turkish Airlines currently has 13 gateway cities, including Atlanta, Washington, DC, New York, Chicago, Houston, Miami, Boston, San Francisco, Los Angeles, Toronto, Montreal, and more recently, Mexico City and Cancun. He will add his 10e Gateway to the United States in Newark, NJ, later in May, as well as a third gateway in Vancouver, Canada, for a total of 15 gateways in North America.

I conducted an interview with the Chairman of the Board and the Executive Committee of Turkish Airlines, Ilker Ayci. He explained to me how Turkish Airlines managed to secure its position at the top.

With everything that happened during the pandemic, how was Turkish Airlines able to survive – and thrive – with fewer casualties and no rescue? How can they lead the way in the aviation industry?

Although the aviation industry was hit hard in 2020, Turkish Airlines stood out with relatively better traffic and financial results and successfully closed fiscal 2020 with revenue of $ 6.7 billion. Without receiving a government bailout, Turkish Airlines has performed relatively well with a net loss of $ 836 million in 2020, a figure significantly lower than many of its competitors.

With the direct effects of the pandemic being felt, we have decided to postpone or cancel our investments in a way that does not interfere with our flight safety and the continuity of the operation with the actions we have taken in investment management. Through our management of fixed and operational expenses, we saved approximately $ 1.1 billion in 2020 in total.

Among the airlines of the European network, Turkish Airlines has reduced its spending the most with a reduction of 53%. In addition, according to our financial and operational results, effective financial management has enabled our company to lose the least among European carriers in terms of load factor as well as financial losses and revenue losses. To do this, we did not rely on the injection of liquidity from government funds and managed the crisis with our own resources and operational efficiency.

Additionally, while other airlines have faced layoffs, we did not part ways with any of our colleagues in the process. We believe that the most important assets and values ​​of Turkish Airlines are our colleagues and hospitality.

How did the airline manage to make an average of more than 600 flights per day? How does Turkish Airlines manage to fly many more flights than its competitors in Europe?

Before the pandemic, we were the airline that served the most countries and international destinations in the world and it was vital to maintain our strong network of routes and provide connectivity in these uncertain times. This dominance of the international market has given us an advantage at a time when there are state restrictions, demand is severely reduced, and plans change instantly.

In addition to our success in passenger numbers, we have also turned the pandemic into an opportunity to accelerate the steady increase in our freight operations. Over the past year, we have reconfigured several of our passenger planes and increased the capacity of our cargo fleet to provide medical and humanitarian assistance to destinations around the world, such as the transport of Covid-19 vaccines to the Brazil and, overall, the delivery of 40,000 tons of drugs and medical supplies. .

How has Istanbul Airport outperformed all of its competitors?

By combining our vast network with Turkey’s unique geographic advantage, a modern fleet, outstanding cargo performance and successful crisis management, Turkish Airlines has become the leader in aviation and cargo.

Tell me about Diamond status by APEX Health Safety?

Turkish Airlines has been awarded the highest level of “Diamond” status by MOUNTAIN PEAK (Airline Passenger Experience Association) Health Safety, powered by SimpliFlying, for the airline’s continued efforts to ensure the highest standards of cleanliness and hygiene, which has been deemed worthy of less than 10 airlines. For the fourth consecutive time, we have received the APEX “Global 5 Star Airline” rating.

In this pandemic period that has affected the whole world, as Turkish Airlines, we have shaped our customer experience strategy according to the preferences of our passengers and we have focused on new contactless, safe and hygienic experiences. In addition, we disinfect our planes in accordance with the rules. In June 2020, with the resumption of some flight services, Turkish Airlines announced new “Guidelines for safe travel”, as well as two new in-flight services to protect the health of its customers. The airline continues to distribute hygiene kits containing a face mask, disinfectant and antiseptic cloth for customers, while expert hygienic cabin crews are assigned to flights to enforce all onboard hygiene and social distancing measures for healthy passenger travel.

Our most recent awards include Best Business Class in Europe, Best Economy Class in Europe and Europe’s major airlines as part of TripAdvisor’s Travelers Choice Awards.