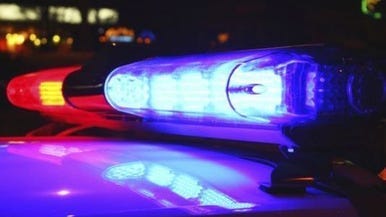 Late Tuesday night, four Racine police officers responded to a domestic dispute that ultimately resulted in a three-hour standoff, in which two officers were shot and a man was taken into custody.

When Racine police arrived on the scene near West Blvd. and Gillen Street, they were met by a 26-year-old man who fired several bullets into the air before returning to his home.

Soon after, the female victim managed to escape, but she told police that the man in the home had access to weapons.

The woman also told officers that two children, including a three-year-old girl, were still in the home when the man began threatening to shoot officers if they approached an entrance.

Eventually the child was placed outside the house and the police were able to bring her to safety.

Racine police tried to negotiate with the man several times, but eventually the man shot at the officers, hitting two of them.

At 1 a.m., the man surrendered and was taken to Racine Prison, where he is expected to face charges of attempted murder, reckless endangerment of security, disorderly conduct and domestic violence.

The female victim and both children were unharmed and police have not released the name of the man who shot the officers.

Racine police chief Maurice Robinson explained that one of the officers suffered a facial injury and the other a shoulder injury. Both were sent to hospital where they underwent minor surgeries.

“I’m glad they’re going to be okay, but the event that brings us here gives me great displeasure,” Robinson said at a press briefing.

The police chief also said that the Racine Police Department is already understaffed with about 20 officers and that this situation could result in some officers involved in the standoff being unable to work for the time being.

Our subscribers make this reporting possible. Please consider supporting local journalism by subscribing to the Journal Sentinel at jsonline.com/deal.

DOWNLOAD THE APP: Get the latest news, sports and more