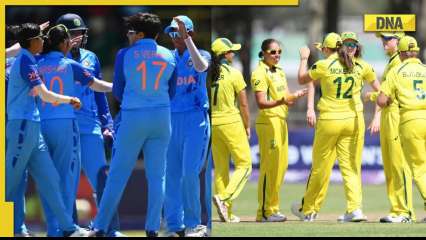 India Women will take on Australia Women in the Super Six match of the 2023 ICC Women’s Under 19 T20 World Cup on 21 January 2023. The North-West University No. 1 Ground in Potchefstroom will be the venue for this exciting match. This highly anticipated clash between two of the world’s best teams promises to be an exciting spectacle for cricket fans around the world.

The Indian squad started the World Cup on a high note and completed the group stage without a single defeat. Team India topped the Group D points table with six points and a net run rate of +4,039, cementing their place as a formidable force in the tournament. Their impressive performance set the stage for a thrilling run in the knockout stage.

Can #TeamIndia making sure it wins in a row pic.twitter.com/T94PYShgm1— BCCI Women (@BCCIWomen) January 21, 2023

The Shafali Verma-led Indian team will now shift their focus to the Super Six round of the tournament, where they will face the formidable Australian side in their upcoming match. This will undoubtedly be an exciting clash between two of the world’s best cricketing nations and the Indian team will look to make a statement with a win.

After a shock loss to Bangladesh in the opening game of the tournament, the Australian team bounced back with two consecutive wins to eventually finish second in the points table with four points and a net run rate of +3.015. The Aussies now face a huge challenge as they take on a form Indian side in their first game of the Super Six.

There will be some assistance for the seam bowlers in the early stages of the match, while the spinners come into play in the later stages. The batters should be careful at first, but can open their shots as the game progresses. The average score in the first innings at the venue is typically between 90 and 100 runs.

READ| ‘They should not tell him if…’: Kapil Dev warns selectors before Hardik Pandya is appointed as India captain