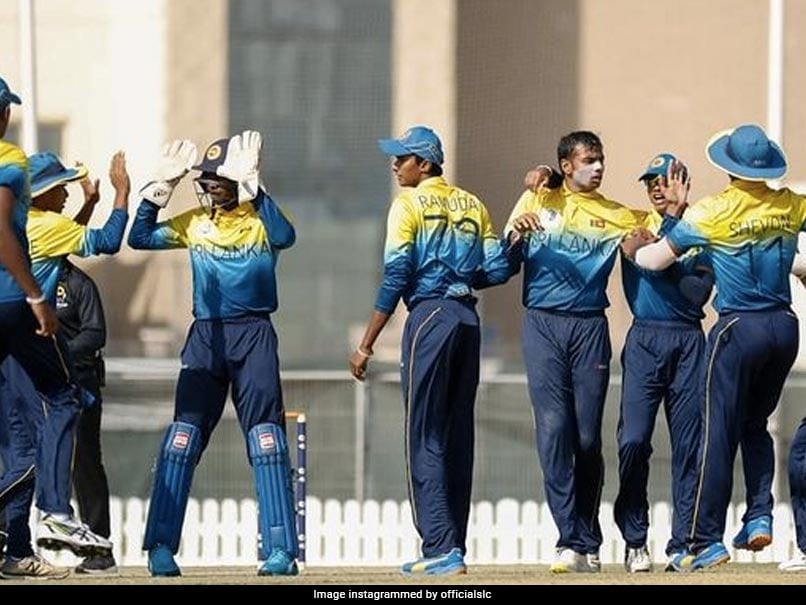 U19 World Cup: Dunith Wellalage five against Sri Lanka ahead of Scotland.©Instagram

Sri Lanka survived a huge scare on Friday before beating Scotland by 40 runs in Match 2 of the U19 World Cup underway at Everest Cricket Club Ground in Georgetown. After winning the toss and opting to strike first, Sri Lanka got off to the worst possible start, losing opener Shevon Daniel to second. Chamindu Wickramasinghe and Sadisha Rajpaksa added 52 and steadied the ship before Sri Lanka lost three wickets in the space of that many runs.

With Sri Lanka reeling at 99 for 6, Sakuna Liyanage led the charge and scored a brilliant 85 while Raveen de Silva also played a fine cameo from 30 as Sri Lanka managed to score 218 for all.

As reported by ICC, Sean Fischer-Keogh (3-56), Jack Jarvis and Oliver Davidson – two wickets each – played with the ball for Scotland.

In response, Scotland were knocked out for 178 as Sri Lanka won the match comfortably in the end.

See also  U19 Asia Cup 2021: India beats Afghanistan by 4 wickets to reserve a place in the semi-finals

Jack Jarvis, who scored 55 from 61 after coming into the slot as the pressure from the scoreboard intensified, found some pride after Scotland’s top four hitters failed to impress during the chase.

Sri Lanka will now face three-time champions Australia in their next match on January 17 at Conaree Sports Club in St. Kitts.

Sri Lanka leads Group B ahead of Australia due to a better net run rate.