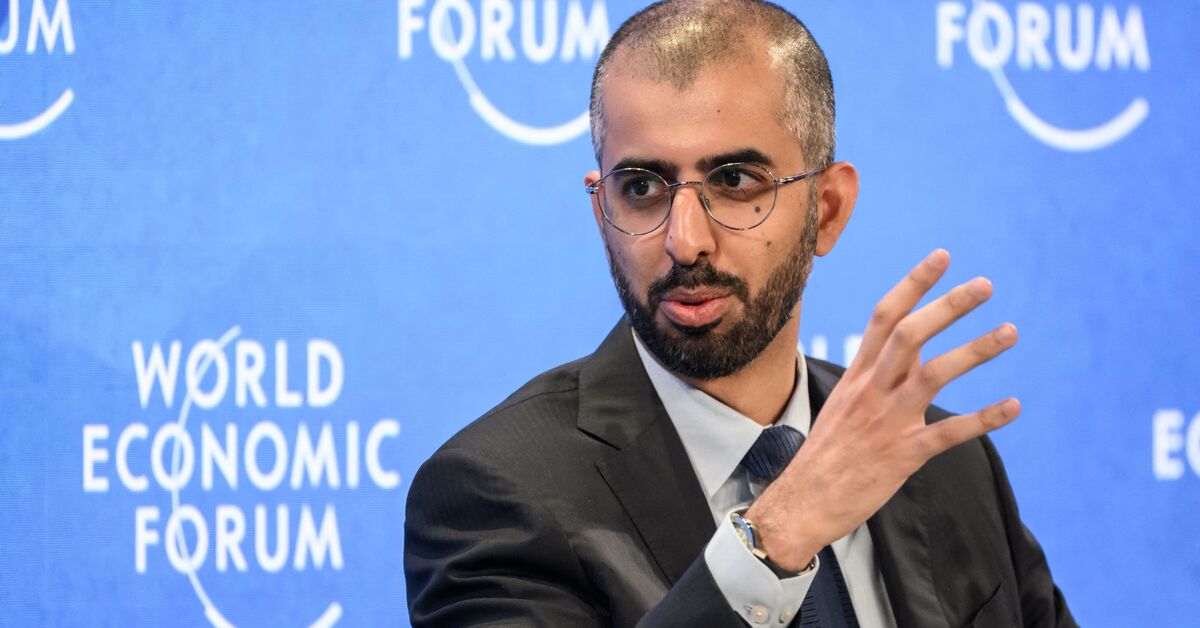 An Emirati official addressed the World Economic Forum in Davos on Thursday about the state of cryptocurrency in light of the recent market crash.

The Minister of Artificial Intelligence, Digital Economy and Remote Work, Omar Sultan Al Olama, participated in a panel titled “Finding the Right Balance for Crypto” at the annual forum.

The crash of the value of many cryptocurrencies and the bankruptcy of the FTX crypto exchange last year were important points of discussion. Moderator Stacy-Marie Ishmael, who covers crypto for Bloomberg, alluded to FTX founder Sam Bankman-Fried’s visit to the UAE last year.

Bankman-Fried visited Dubai in October – just weeks before the Bahamas-based company went under – in an attempt to secure financing. Olama downplayed the American’s connection to Dubai, saying he only visited once.

“Because we are a city that loves the future with any technology, be it 3D printing or AI, people assume the future is here,” Olama said of Dubai’s call. “Bad actors have no nationality and no destiny.”

Olama pointed out that the collapse of other cryptocurrency entities, such as Three Arrows Capital in Singapore, was not related to the UAE.

“Bad actors want to make sure they join jurisdictions where people feel protected; they hear Singapore, London, Dubai,” he said. “You see them everywhere.”

Olama called on governments to ensure that those accused of financial wrongdoing cannot travel, saying they must “work with the industry to make sure that if someone does something wrong, they don’t move from one place to another can move.”

The UAE has taken several measures in the past year to combat financial abuses. Recently, the Central Bank of the UAE announced guidelines to combat money laundering for financial institutions in the Gulf state.

Referring to reports that a third of Emiratis is proprietary cryptocurrency, Ishmael said, “It’s the first time I’m hearing some of those stats.” The minister did acknowledge that he had read a report stating that 4% of FTX’s clients were in the UAE. Olama said it’s also important to “assess the value” of FTX’s impact, rather than simply noting where the customers are. He suggested that some FTX clients in the UAE may not have invested much with the company or had dormant accounts.

Many cryptocurrency exchanges have announced moves to Dubai and Abu Dhabi, spurred in part by the virtual asset regulations issued by the UAE last year.

There is also a relatively high level of cryptocurrency-related innovation taking place in the UAE. In October, Dubai-based cryptocurrency platform BitOasis announced a crypto-backed payment card.

Olama claimed that the Emirates still want to be a center for cryptocurrency despite recent events, saying, “That they call the UAE home is definitely a positive.”

Finally, Olama discussed the future of decentralized finance, or DeFi, on the panel. DeFi is a form of fintech where individuals can conduct financial transactions such as loans without intermediaries such as banks, relying on technology such as digital financial databases. DeFi uses blockchain technology similar to cryptocurrency.

Olama called DeFi the “least regulated” sector in the crypto world. He added that DeFi could become a “bubble,” meaning it will crash after a rapid increase in value.

“We will see some bubbles in the DeFi space in the coming future that will require a lot of government intervention,” he said.

The last great Chicago DJ? Are the glory days of radio over with the death of Lin Brehmer and the rise of AI?