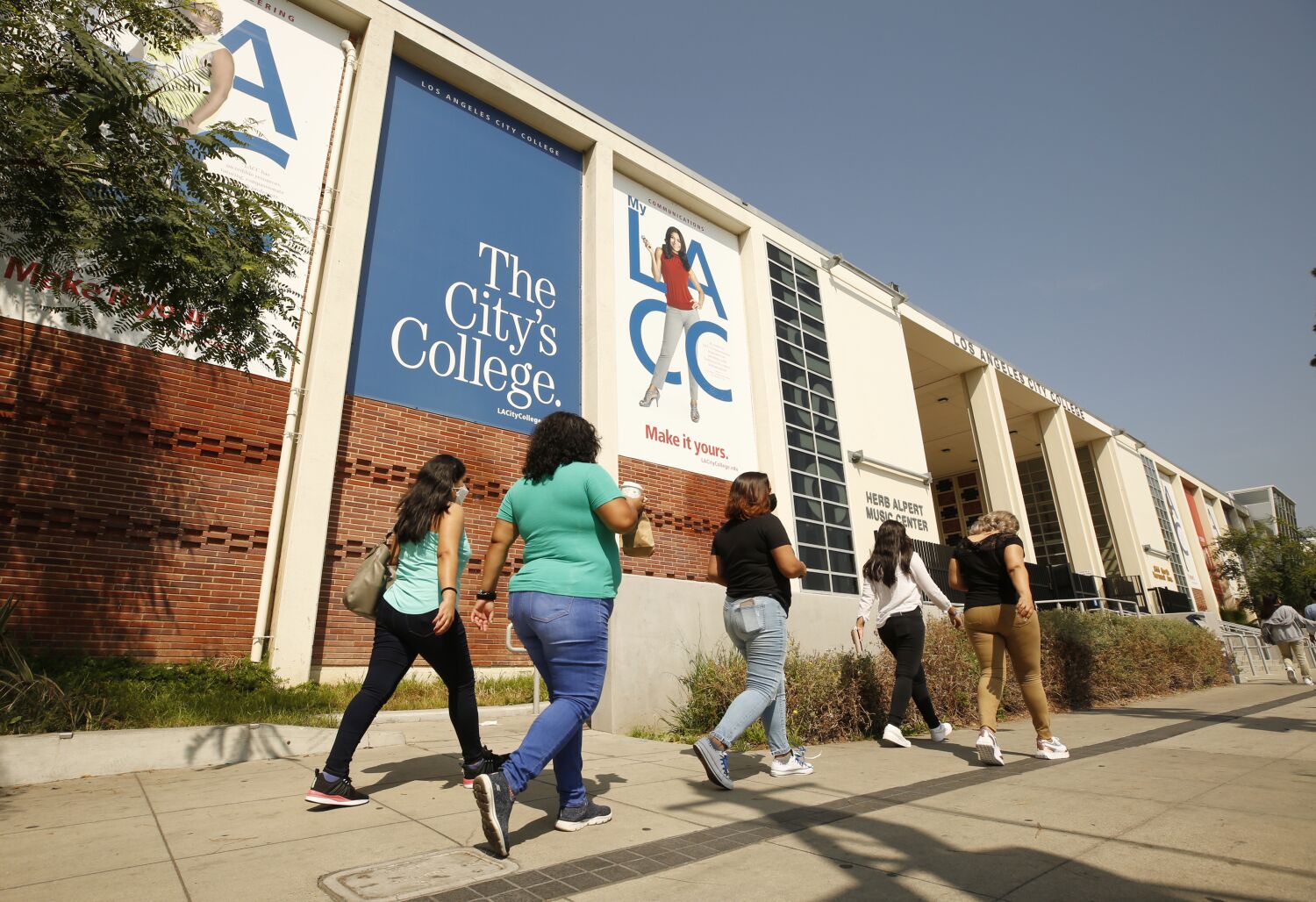 The University of California, which aims to broaden access for underprivileged students, will give a second chance to thousands of rejected California high school students who had a qualifying average of 3.0 credits but failed to complete the required series of 15 college preparatory courses.

But there is a catch to receiving a guaranteed spot at the highly competitive universities: Students must first successfully complete their missing lower division and general education courses at a community college and achieve the required grades of the program.

The proposed pilot program, presented Wednesday at the Board of Regents meeting in San Diego, targets approximately 3,700 of California’s 10,000 first-year UC applicants who failed the system’s first year eligibility requirements — of whom about half are low-income, underrepresented students of color or the first in their family to go to university.

Beginning next year, such students who meet the requirements of the pilot program will be guaranteed a spot at one of UC’s six campuses: Davis, Irvine, Merced, Riverside, Santa Barbara, and Santa Cruz. They would still be eligible to apply to the three most popular campuses — UCLA, UC Berkeley, and UC San Diego — although admission would not be guaranteed.

The program comes amid sharp declines in community college enrollment and concerns at UC and California State University about the reduced pipeline of transfer students to four-year campuses. State enrollment in the fall of 2021 at all universities, both private and public, fell by nearly a quarter of a million students compared to the pre-pandemic fall of 2019 – a drop largely driven by a nearly 10% drop of community college enrollments, according to a survey released this year by the National Student Clearinghouse.

In the Los Angeles Community College District, enrollment has fallen even further: 11% from fall 2020 to fall 2021 and 20% in the past two years, Chancellor Francisco Rodriguez told the board of trustees last fall. The community college district serves students hard hit by the Los Angeles County pandemic — parts of which have experienced high levels of COVID-19.

“This will convince so many more students to stay in school when they know that transitioning to UC is a tangible reality,” Hussain said. “It will give so much more access to low-income students and others and also enrich the UC with more representation.”

Hussain said some of her friends didn’t complete UC’s required high school courses because “life got in the way.” A friend, she said, dropped out of school for a year when her mother died and failed to complete the required four years of English.

In some cases, California schools do not offer all required courses, including four years of English, three years of math, two years of science, history, and a language other than English, one year of visual or performing arts, and one year of electives. Of California’s 3,700 high schools last year, only 1,867 offered the full complement of 15 courses, according to data presented at the meeting Wednesday.

Regent Eloy Ortiz Oakley, former chancellor of the California Community Colleges and now head of the College Futures Foundation, said the pilot program could provide a concrete path to success for underserved students who think attending UC is an impossible dream.

See also  Lim Tean was charged with two more charges, charged with refusing to answer police and having in his pocket S$5,500

“If you could grab them, give them the opportunity to get into UC and give them a roadmap for how to succeed, that would send a huge positive signal to low-income and communities of color in California that UC is serious about finding talent everywhere,” Oakley said.

UC was asked to set up the three-year program, which will begin in the fall of 2023, by state legislator and administration Gavin Newsom. The university system already offers some other transfer guarantee programs between specific community colleges and UC campuses. But under the pilot program, UC will make the conditional offer shortly after the admission decisions are released in the spring to incentivize students who would otherwise be rejected from their campus of choice.

The program also aims to diversify UC’s transfer student population and increase the number of state colleges from which the system’s nine undergraduate campuses draw candidates. Most students transfer to UC from only about 15 of the system’s 116 community colleges.

An important feature to help the students succeed is much more practical academic support and advice. Students admitted into the dual admissions program will be assigned a UC coordinator to keep them on track and will receive priority registration at their community college, access to UC libraries, invitations to transfer student events on the UC campus optional to start building ties, a preliminary estimate of the expected financial support and an exemption from application fees.

However, for some proponents, UC still has more work to do to open up access to transfer students.

A report on transfer initiatives between the UC and California Community Colleges systems since 2018, presented to regents on Wednesday, details several steps taken to gain admission and prepare more students for a four-year college.

But growth is unevenly distributed across gender and race. The number of community college students meeting the transfer requirements grew by 143% among Latinos, 54% among Black students and 16% among Asians and remained about the same among white students. It declined among American Indian, Alaska Native, and Native Hawaiian and Pacific Islander students. Far more women than men qualified to progress to a four-year university.

While UC admissions increased 15.6% between 2017 and 2021, the system-wide admission rate dropped from 75.6% to 72.5% during that period. The most competitive campuses, such as UCLA and UC Berkeley, have much lower admission rates.

But Audrey Dow of the Campaign for College Opportunity was disappointed. She said UC should push for a system-wide transfer guarantee for qualified students rather than individual campuses — and take more action rather than continue studying the matter.

“Suggesting a solution is that research just crowds out the hard decisions,” she said.