Uhuru calls for debt relief at meeting with world leaders 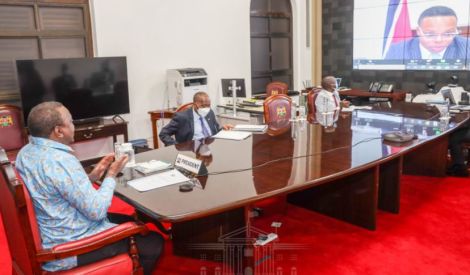 President Uhuru Kenyatta called for debt cancellation as a way to amortize severely financially affected countries during meeting with member countries of the Organization of African, Caribbean and Pacific States (OACPS) .

Kenyatta, who is the current chair of the OACPS Heads of State and Government Summit on Thursday, April 9, argued that a multi-pronged approach is needed to mobilize resources and s’ commends the various debt relief mechanisms.

“We welcome the debt relief measures, which have created the fiscal space needed to reduce the negative effects of the pandemic.

“However, we are seeking the continuation of the debt suspension and debt cancellation initiative, for the countries most seriously affected. The protracted pandemic requires continued mitigation measures,” he said.

In his statement, Kenyatta also set out his vision for the multilateral institution, saying he envisions a transitional, united and progressive OACPS.

“We must aim for a transition that supports structural transformation to promote industrialization, the diversification of our economies and an increase in the added value of our primary products,” he added.

The Kenyan president said that in light of the Covid-19 pandemic, member states must use creativity and innovation to recover from the devastating economic effects of the pandemic.

“The Covid-19 pandemic has devastated our health systems and our economic systems. Livelihoods have been destroyed, leaving hundreds of millions of people unemployed and in poverty.

“A key lesson is that we must synergize our energies and use creativity and innovation to recover together and rebuild better,” said the Kenyan head of state.

Uhuru has in the past called for debt cancellation. In July 2020, he called for the cancellation of the debts of African countries as part of the development of a joint European Union and Africa response strategy against Covid-19.

READ  The last crazy race of the Timavo from Durban

Speaking at the State House in Nairobi during a virtual conference of European and African leaders on the proposed creation of the Africa-Mediterranean-Europe (AME) Foundation, Uhuru said the cancellation of debts should make part of the interventions taken to cushion African countries during the pandemic. 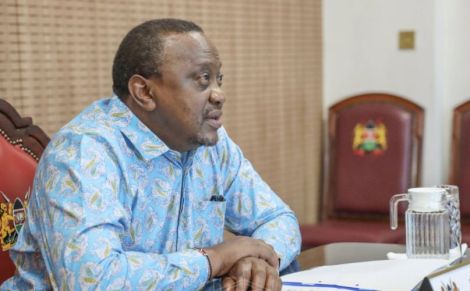 President Uhuru Kenyatta speaking on Thursday April 8 at State House, Nairobi, when he delivered the opening address at a virtual OACPS town hall.

Share
Facebook
Twitter
Pinterest
WhatsApp
Email
Telegram
Previous articleHuge ship that blocked Suez Canal will be held up until compensation deal is reached
Next articleAre your illegal drugs pure? New Zealand will check them for you.