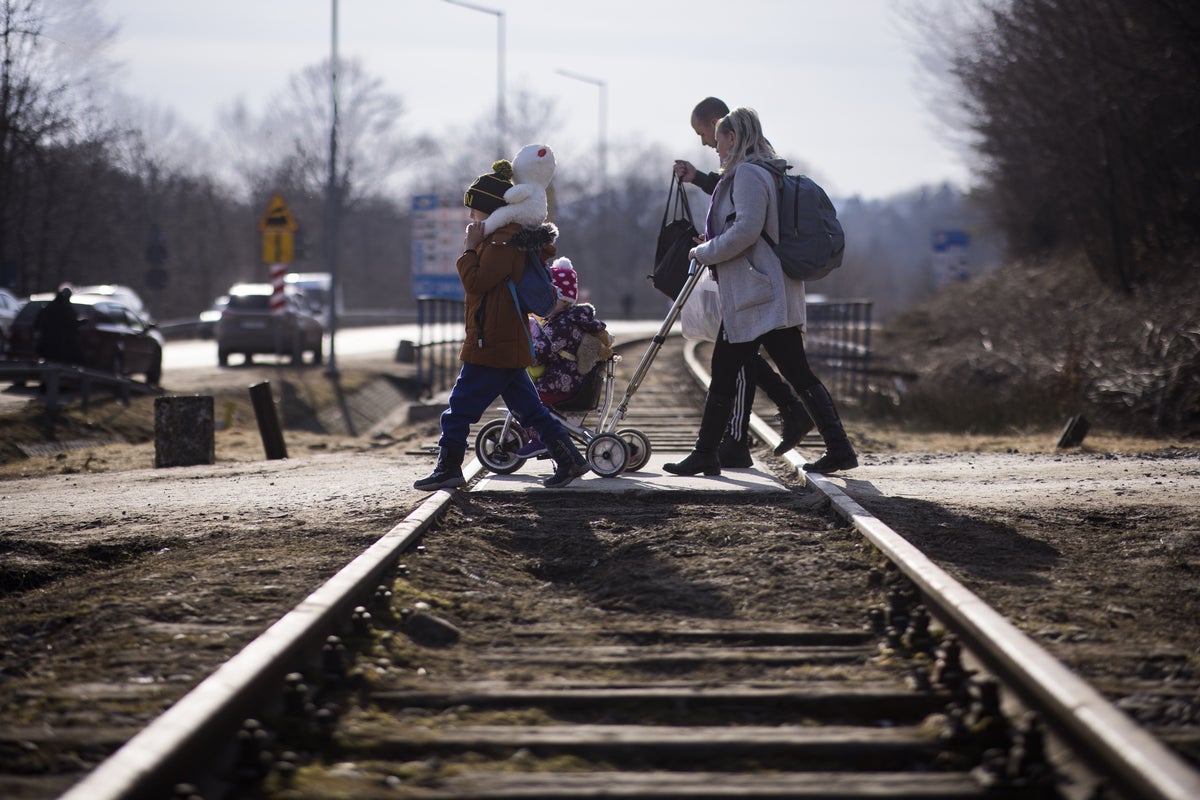 The UK spends more aid on hosting refugees domestically than it does on healthcare and humanitarian aid for poor countries, according to last year’s finance statistics.

Bilateral aid, delivered directly to countries by the UK, took the biggest hit, according to figures released by the Foreign, Commonwealth and Development Office (FCDO) on Wednesday.

It fell by £2.4bn in a year, compared to a £0.7bn drop in aid to multilateral institutions including the World Bank.

UK spending on bilateral official development assistance (ODA) fell in all sectors except “refugees in donor countries”, the largest beneficiary, which saw an increase of almost 68% to £1 billion.

“The rise was mainly driven by an increase in Home Office ODA spending, partly due to higher accommodation costs for the rising number of asylum seekers coming to the UK,” the FCDO said.

The second largest amount of bilateral ODA went to health and economic infrastructure and services, with humanitarian aid falling out of the top three.

Rishi Sunak was criticized for cutting the foreign aid budget when he was chancellor, setting a precedent for letting the Ministry of Home Affairs and other departments use the pot, and stretching the rules on what if assistance can be considered.

Chancellor Jeremy Hunt announced in last week’s fall statement that the foreign aid budget will not be reduced to the target of 0.7% of national income “until the fiscal system allows”.

Labour’s shadow minister for international development, said: “Instead of solving the skyrocketing costs at the Home Office, the Foreign Secretary has simply bailed out the Home Secretary with a blank check from the UK aid budget.”

Bilateral ODA to Africa – the region receiving the bulk of direct aid – has fallen by £883 million in a year, according to figures.

Ian Mitchell, a senior policy officer at the Center for Global Development, tweeted: “Bilateral spending in Africa has fallen to its lowest level in more than a decade, at £1.7bn (even less in real terms)

“This puts the UK behind the US, the EU, Germany, France and probably Japan in their support for the continent.”

The economist added: “All in all, it’s hard to find much positive about the way these cuts were implemented.”

The release of 2021 spending came a day after Secretary of State James Cleverly announced a further £800m cut to the UK’s foreign aid spending for this financial year.

“Food crises, conflict and climate change are forcing millions of people to flee their homes,” said Katy Chakrabortty, head of policy and advocacy at the organization.

“British aid is already barely a third of what was given three years ago. Instead of cutting vital lifelines, the government should allocate additional resources to strengthen them.”

Labor MP Sarah Champion, chair of the international committee, said: “The government has spent money on Afghan and Ukrainian refugees in the UK and has pledged more in the autumn statement, which is welcome.

“This money is vital, but it should not be taken out of the aid budget and the government should be absolutely clear about that.”

Simon Starling, director of policy, advocacy and research, at the UK’s network for international development organizations Bond, said: “People already facing poverty, climate change and famine are paying the price for the Home Office’s rise in refugee costs in the UK…

It is shocking that we are now spending more UK aid on this rather than on health, humanitarian aid, education or water and sanitation.”