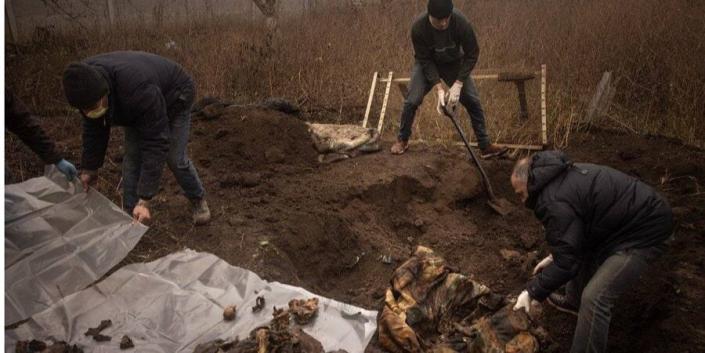 The British government accepted Ukraine’s invitation to join an international group working to create a mechanism to ensure the accountability of Russian officials involved in war crimes against Ukraine, and also called on the leaders of the G7 land to participate.

Read also: The European Parliament calls for the establishment of a special tribunal to punish Russian war crimes

“That is why Britain has accepted Ukraine’s invitation to join this coalition and bring to the table our legal expertise to explore options to ensure that Russia’s leaders are held accountable.”

Read also: Ukrainian official explains the importance of the EP resolution on the establishment of a tribunal to punish Russia

See also  “Cutting 12,000 jobs is a step in the right direction, but…”: what an investor told Google

However, some British lawyers fear that the creation of a special tribunal could undermine the credibility of the International Criminal Court (ICC) and its chief prosecutor, Karim Khan, so they have opposed such a proposal.

At the same time, Ukraine’s proposal has the support of former Labor Prime Minister Gordon Brown, the paper writes. The UK is willing to consider a “hybrid” tribunal institution as a kind of “specialized court integrated into the Ukrainian legal system with international elements”.

See also  During the Lunar New Year, desserts can be customary or "cute."

On January 19, the European Parliament approved the resolution on the establishment of a tribunal for the crime of aggression against Ukraine with 472 votes in favour, 19 votes against and 33 abstentions.

Read the original article on The New Voice of Ukraine