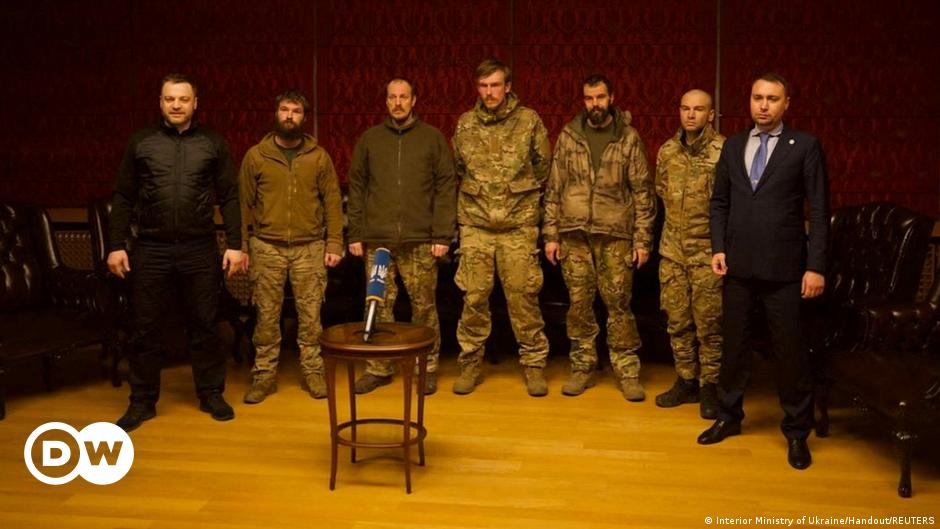 Ukraine on Thursday announced the release of 215 imprisoned soldiers and 10 foreigners from Russia.

The soldiers were released in exchange for 55 Russian prisoners, as well as Victor Medvedchuck, leader of the banned pro-Russian political party in Ukraine. Among those released were fighters who led the defense of the Azovstal steel plant in Mariupol, an act hailed as an icon of the Ukrainian resistance.

“We managed to free 215 people,” Andriy Yermak, the chief of staff of the Ukrainian presidency, announced on television. He went on to say that commanders of the Azov battalion were included among the freedmen.

The Azov regiment is a unit of the National Guard of Ukraine. It has attracted attention since 2014 for the fight against pro-Russian separatists in the Donbas region.

Victor Medvedchuck, allegedly Putin’s right-hand man in Ukraine, is a Ukrainian politician who has been charged with alleged treason for his involvement in Russia. He was captured by Ukrainian troops in April.

Support from Turkey and Saudi Arabia

Yermak thanked Turkish President Recep Tayyip Erdogan on Twitter and said the Azov commanders were already safe in Turkey thanks to “personal arrangements” between Zelenskyy and Erdogan.

The released foreigners included five British citizens, two American military veterans and several more prisoners from Morocco, Sweden and Croatia. They were flown to Saudi Arabia after being released, the Saudi ministry said in a statement.

“The relevant Saudi authorities have received and transferred them from Russia to the Kingdom and are facilitating procedures for their respective countries,” the statement said.

The White House thanked Ukrainian President Volodymyr Zelenskyy and Saudi Crown Prince Mohammed bin Salman for brokering the exchange that released two Americans. US National Security Adviser Jake Sullivan said in a statement on Twitter that the White House thanked the Ukrainian government “for including two US citizens in the prisoner swap announced today”.

“Huge welcome news that five British nationals held by Russian-backed proxies in eastern Ukraine are being returned safely, ending months of uncertainty and suffering for them and their families,” she tweeted.