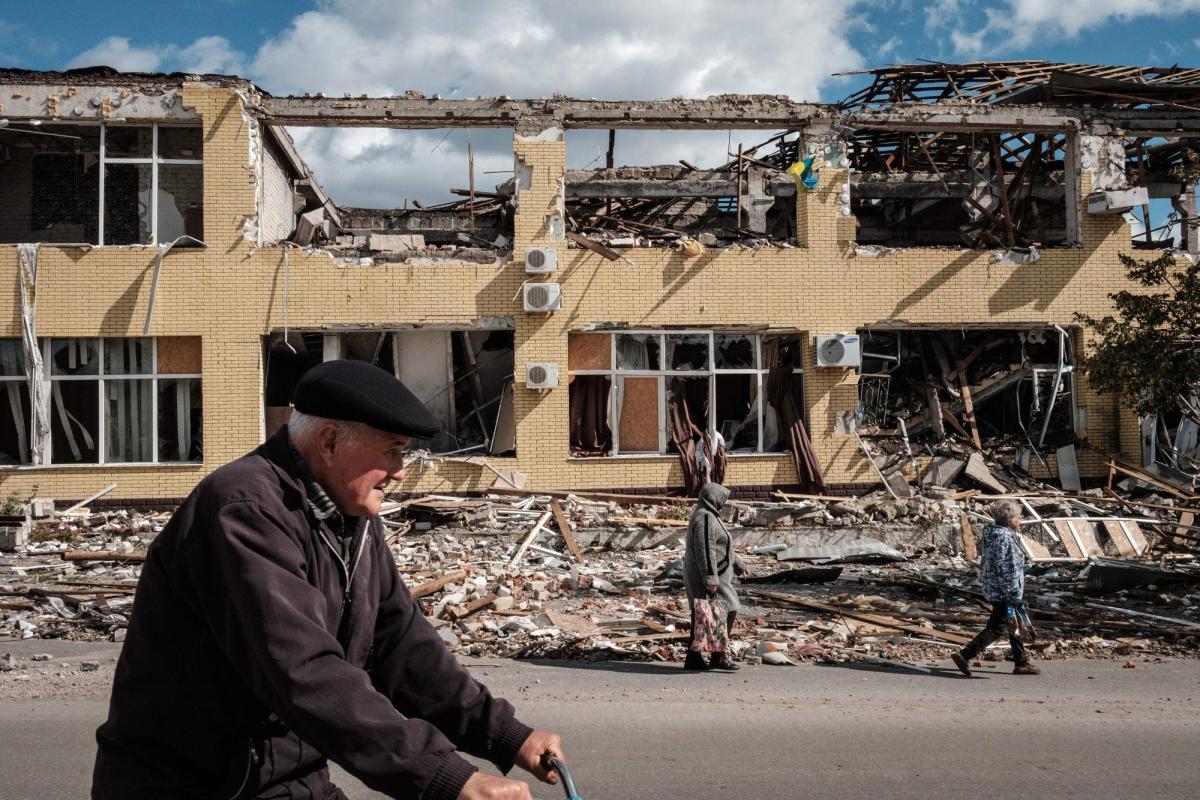 (Bloomberg) — Russia must return occupied territory to Ukraine as part of a peace settlement, Turkish President Recep Tayyip Erdogan said in an interview with PBS in New York, adding that he had “very extensive discussions” with President Vladimir Putin last week. in Uzbekistan.

“He’s actually showing me that he’s willing to put an end to this as soon as possible,” Erdogan, who has pushed Turkey as a mediator in the conflict, told the broadcaster. “That was my impression, because the way things are going now is quite problematic.”

Ukrainian Foreign Minister Dmytro Kuleba, who is also in New York for the United Nations General Assembly, previously urged allies to send more weapons to maintain the momentum of the country’s recent counteroffensive.

(See RSAN on the Bloomberg Terminal for the Russian Sanctions Dashboard.)

Infrastructure in more than 33 cities and towns, including Kramatorsk, Zaporizhzhya and Mykolaiv, has been damaged by Russian shelling in the past day, Ukraine’s General Staff said on Facebook. It also reported Russian losses from Ukrainian attacks in the eastern region of Luhansk and said Russia continues its efforts to replenish losses and form reserve units. In the south, Ukrainian forces sank a Russian ship carrying weapons, equipment and military personnel on the Dnipro River, the Ukrainian army said on Facebook. Ukrainian forces continue to attack Russian military, transportation and logistics assets in the Kherson region, according to the latest report from the Washington-based Institute for the Study of War.

A fund managed by Morgan Stanley is in talks to sell a Moscow mall it bought for a record price in 2013 back to its original developer at a huge discount as the war in Ukraine has soured international businesses on Russian assets .

Morgan Stanley Real Estate Fund VII, along with venture partners Hines Interests LP and the California Public Employees Retirement System, are in talks to sell the Metropolis Shopping and Entertainment Mall to Kazakhstan developer Capital Partners, according to those with knowledge of the talks. Negotiations are still at an early stage and there is no assurance a deal will be finalized, said the people, who asked not to be identified as the talks are private.

Slovenia will send 28 M-55S tanks to Ukraine and receive 40 military transport vehicles from Germany in exchange for the latest swap deal negotiated by the government in Berlin.

Slovenian Prime Minister Robert Golob and German Chancellor Olaf Scholz agreed on the deal in a telephone conversation on Monday, the Slovenian government said in a statement. The M-55S tanks were left in Slovenia by the military of the former Yugoslavia and were decommissioned in 2006, according to public broadcaster RTVSLO.

German Foreign Minister Annalena Baerbock said one of the focuses of the UN General Assembly will be “how to address and prosecute the heinous crimes committed in the name of Russia in Ukraine.”

“And it will be about the situation of the Ukrainian nuclear power plants, which Russia is using as a bargaining chip in this war, raising the prospect of catastrophe for millions of people every day,” Baerbock said in an emailed statement. “We stand firmly behind Ukraine and we will continue to support it – with everything it needs – to end the war and the immeasurable suffering of the people of Ukraine,” she added.

Prime Minister Liz Truss announced this week that the government will match or exceed its military support to Ukraine in 2022 next year.

“The Prime Minister will use her speech to the UN General Assembly on Thursday to underline the UK’s long-standing commitment to Ukraine,” a statement said. “The Prime Minister will use her meetings with fellow leaders and CEOs in New York to catalyze global efforts to prevent Russia from profiting from its energy exports while ending energy dependence on authoritarian regimes.”

Turkey’s largest private lender by assets and Emirates’ local unit NBD Bank PJSC stopped using a payment system popular among Russian tourists after a warning from the US.

The decisions come after the US Treasury Department’s Office of Foreign Assets Control, or OFAC, last week warned financial institutions not to enter into new agreements or expand existing ones with the Russian operator of Mir cards.

Ukraine’s air defense forces, mainly firing Soviet-era SA-10 and SA-11 systems, destroyed at least 55 Russian aircraft, most of them early in the invasion, said General James Hecker, the head of the US Air Force in Europe. , Monday. during a meeting with reporters at the annual Air & Space Forces conference.

When asked if there was any connection between the loss of those planes and Russia’s failure to establish air superiority over Ukraine, Hecker said, “Yes — absolutely yes.” Because “as soon as they were shot down” Russian planes withdrew their operations and “they did not go after any of the Ukrainian integrated air defenses”.