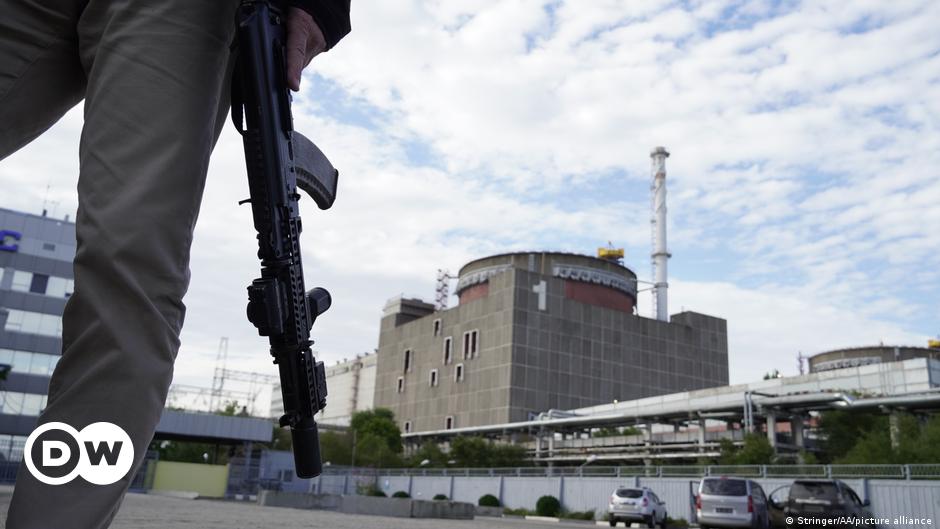 The International Atomic Energy Agency (IAEA) is sending a team of experts to the Russian-controlled Zaporizhzhia nuclear power plant on Monday.

The inspection by the UN’s nuclear watchdog comes after the latest round of shelling that sparked explosions near the Ukrainian facility. Zaporizhzhia is the largest nuclear power plant in Europe.

Russian troops occupied the factory shortly after Moscow started its war against Ukraine. It has since been shelled repeatedly, with both Russia and Ukraine accusing each other of attacking the site.

IAEA Chief Rafael Grossi said in a statement late Sunday: “Whoever is behind this, it must stop immediately… As I have said so many times, you are playing with fire!”

Mike Martin, a senior fellow of war studies at King’s London College, told UKTN that the region is expected to see more attacks in the near future.

“That area around Zaporizhzhia is actually one of the areas of likely future offensive, because neither side on that southern front line has been massively fortifying or building major fortifications, so we’re likely to see an offensive there in the next six months.” ,” Martin said.

Here are the other major headlines from the war in Ukraine on Monday, November 21:

Kremlin spokesman Dmitry Peskov said there were “no discussions” about a second wave of military calls from reservists to fight in Ukraine.

Russian President Vladimir Putin had ordered what he called a “partial mobilization” in late September. According to Defense Minister Sergei Shoigu, 300,000 people had been called up.

Throughout Russia, fear has grown about the possibility of further mobilization.

The first round of military calls caused panic, with thousands trying to flee the country to avoid being called up.

That said the German Defense Minister Christine Lambrecht to the German newspaper Rheinische Post that Berlin “offered to support Poland in securing its airspace – with German Eurofighters and with Patriot air defense systems.”

Lambrecht noted that Slovakia used these systems for protection, adding that Berlin wanted to extend its presence there “until the end of 2023, possibly even beyond”.

Her comments came after a rocket hit a Polish town on the outskirts of Ukraine, killing two people. Warsaw and Western leaders have said the missile likely came from Ukraine’s air defenses, while Kiev initially accused Russia of attacking the NATO member state.

A donors’ conference will begin in Paris on Monday to raise money for Moldova, with some 45 countries and institutions expected to pledge millions of euros as the country fears further destabilization from the war in Ukraine.

Moldova has been largely dependent on Russian energy supplies, which Moscow has reduced since its invasion of Ukraine.

Earlier this month, the EU pledged €250 million (about $256 million) to help Moldova tackle an energy crisis after Moscow cut its natural gas supplies in half.

The country, which borders Ukraine, has also experienced temporary blackouts as the Russian military launched dozens of attacks on Ukrainian cities last week.

“Every deadly bomb dropped on Ukrainian cities and energy infrastructure has a direct impact on the people of our country,” Moldovan Foreign Minister Nicu Popescu said last week.

Moldova is the poorest country in Europe. A region of the former Soviet Republic is controlled by pro-Moscow separatists.

This is according to an opinion piece published on Monday in PoliticsMoldovan President Maia Sandu wrote: “Our vulnerabilities could weaken Ukraine’s resilience, as well as stability on the rest of the continent.”

British intelligence: control of Svatove in Luhansk ‘most likely’ a Russian priority

According to a British intelligence report, it was “highly likely” that Russian leaders saw the Ukrainian town of Svatove in Luhansk as a political priority and wanted to regain control of the city.

“The Svatove sector is now probably a more vulnerable operational flank of the Russian force,” the report said, as Russian troops had withdrawn from the western bank of the Dnipro River.

More coverage of the war in Ukraine

Fears are growing around the world over the nuclear threat of Russia’s war against Ukraine, whether it be an accident at a nuclear power plant in Ukraine or the consequences of nuclear weapons. UKTN examines the short- and long-term effects that the bombings of Hiroshima and Nagasaki had to understand what could happen if a nuclear weapon were detonated today.

Ukrainians fleeing the Russian-occupied city of Kherson have made an emotional journey back home a week after liberation.