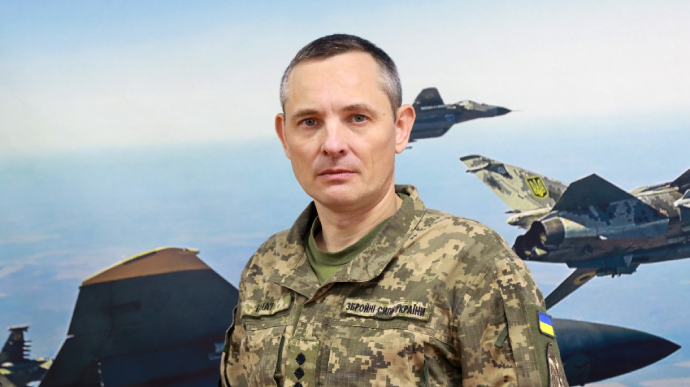 A spokesman for the armed forces of Ukraine has said Russia will not be able to quickly set up production facilities to produce Iranian-designed drones. Commenting on the possibility of Iran handing over missiles to Russia, the spokesman said that “we need to prepare for any challenges.”

Quote from Ihnat“This depends on many factors, first and foremost the desire of the countries to get involved [the manufacturing of drones in Russia – ed.].

Of course, this takes much longer than a few weeks or even months. It is clear that this will not happen soon.

Because it is possible to set up production in existing facilities, where the necessary equipment is already installed, but this still takes time. And as we know, this process can be particularly lengthy in Russia, where someone might decide to make a quick buck.”

“The war has entered a phase where more and more drones are materializing; they are a threat that we need to protect against, but we also need to increase our own supply of such drones, ammunition hanging around that can hit the enemy beyond the front line.”

See also  Woman gets 3 rings on her finger removed after 15 years: ''The Relief''

Details: Ihnat said Russia produces its own drones, both attack and reconnaissance drones. He added that Iran may want to avoid additional sanctions that would be imposed if it turns over the designs of its drones to Russia.

Asked if Iran could supply missiles to Russia, the spokesman said certain diplomatic factors may have slowed this process, but added that Ukraine must be prepared for any challenges.

“Maybe some diplomatic means and negotiations have already begun, some countries may have something to say about it. Let’s hope the terrorist [state] will not receive these missiles, which will make the attack somewhat easier. We can only hope and in the meantime we must prepare for any challenges.”

earlier: The Washington Post has reported that Iran and Russia have agreed on a plan to assemble Iranian-designed drones on Russian soil.

Journalists are fighting on their own frontline. Support Ukrainska Pravda or become our patron!